Crime has emerged as the single most important issue to Democratic voters in the primary race for mayor, and may be the single biggest factor driving Eric Adams’ climb in the polls, according to the exclusive results of our latest Spectrum News NY1/Ipsos poll.


The poll found voters’ level of concern with COVID-19 has faded as the infection rate continues to plummet. Instead, Democratic voters now point to crime and public safety as the top priority for the next mayor, and they increasingly see Adams, a retired police captain, as best equipped to tackle the problem.

That represents a sharp change from early April, when the last NY1/Ipsos poll was taken. At that time, an equal percentage of voters saw Adams and Andrew Yang as best able to fight crime.

Now, a third of voters, 33%, favor Adams, who has made public safety a centerpiece of his campaign and inveighed against rival candidates who want to shift resources from the NYPD. Only 11% of voters now say Yang would best handle the crime problem. 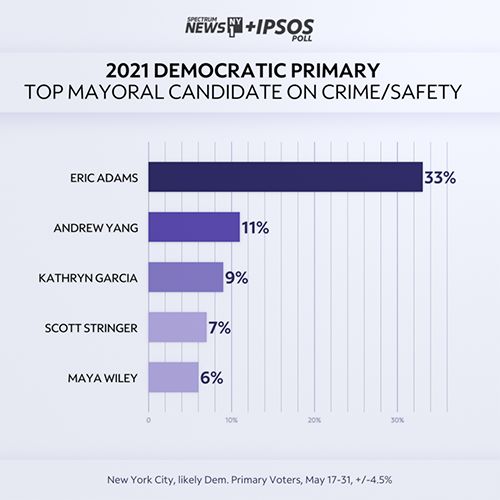 Adams leads the race overall with 22% support, compared to 16% for Yang.

The poll, taken from May 17 to May 31, asked 906 likely Democratic voters what they believe should be the next mayor’s top priorities, selecting from a list of eight.

Nearly half of voters, 46%, chose crime and public safety. Affordable housing and reopening the local economy were tied for second, at 30%. Stopping the spread of COVID-19 (24%) and racial injustice (20%) were fourth and fifth, respectively. 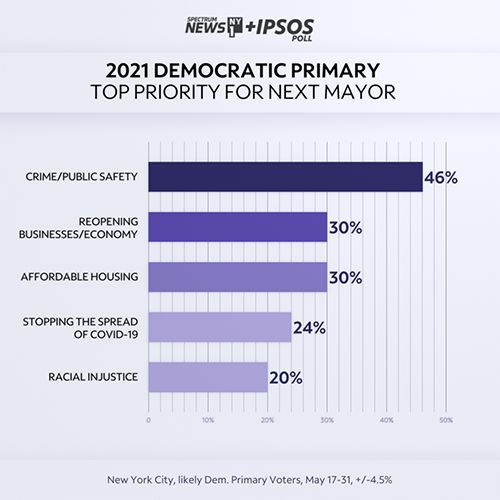 Back in April, stopping COVID-19 was the number one concern of voters, with 42% naming it a top priority for the next mayor. At the time, public safety was third, at 32%. 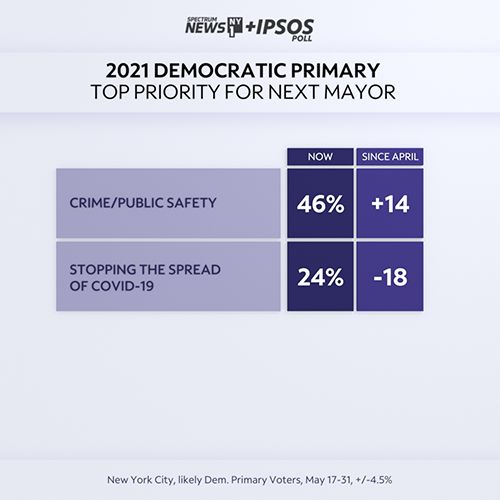 In a separate question, 72% of voters agreed that the NYPD should put more officers on the street. 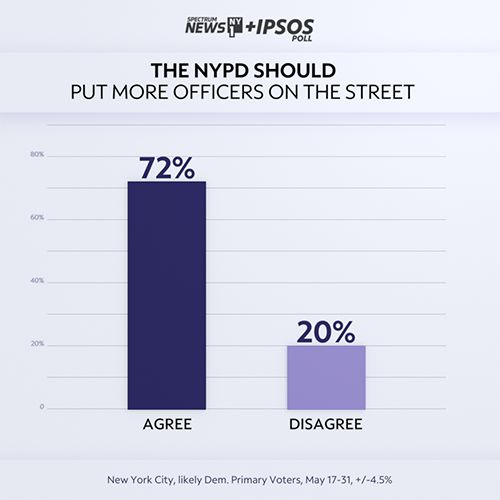 The results come as a spike in violence continues to plague the city, punctuated by a series of hate crimes against Asian-Americans.

Our poll also sought to determine what factor ranked-choice voting might play in the outcome of the race. In addition to naming their first choice, voters were asked to rank up to five candidates in order of preference.

When a simulation was performed based on poll results, it did not alter the outcome. Adams finished first in the initial round of voting, and also won a majority after votes were redistributed, but only on the seventh round in the process, reflecting the crowded nature of the race. 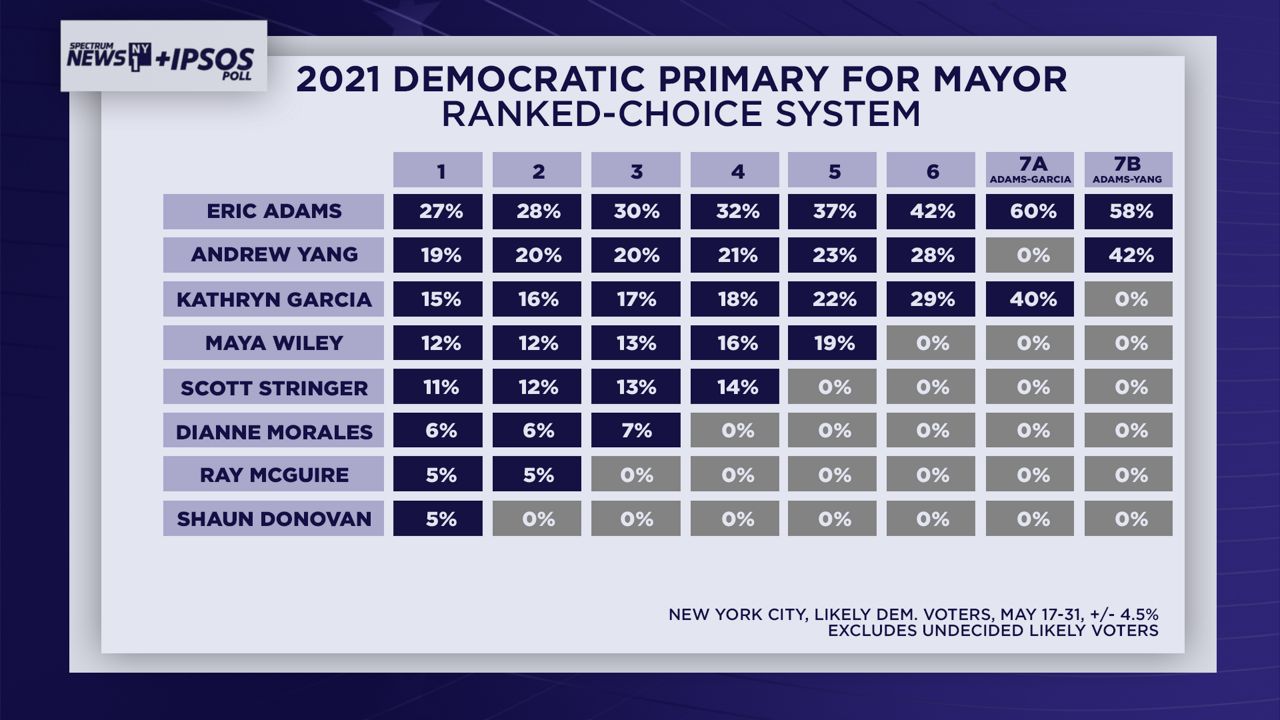 Overall, Stringer is in fourth place in the race at 10%, a one-point drop since April.