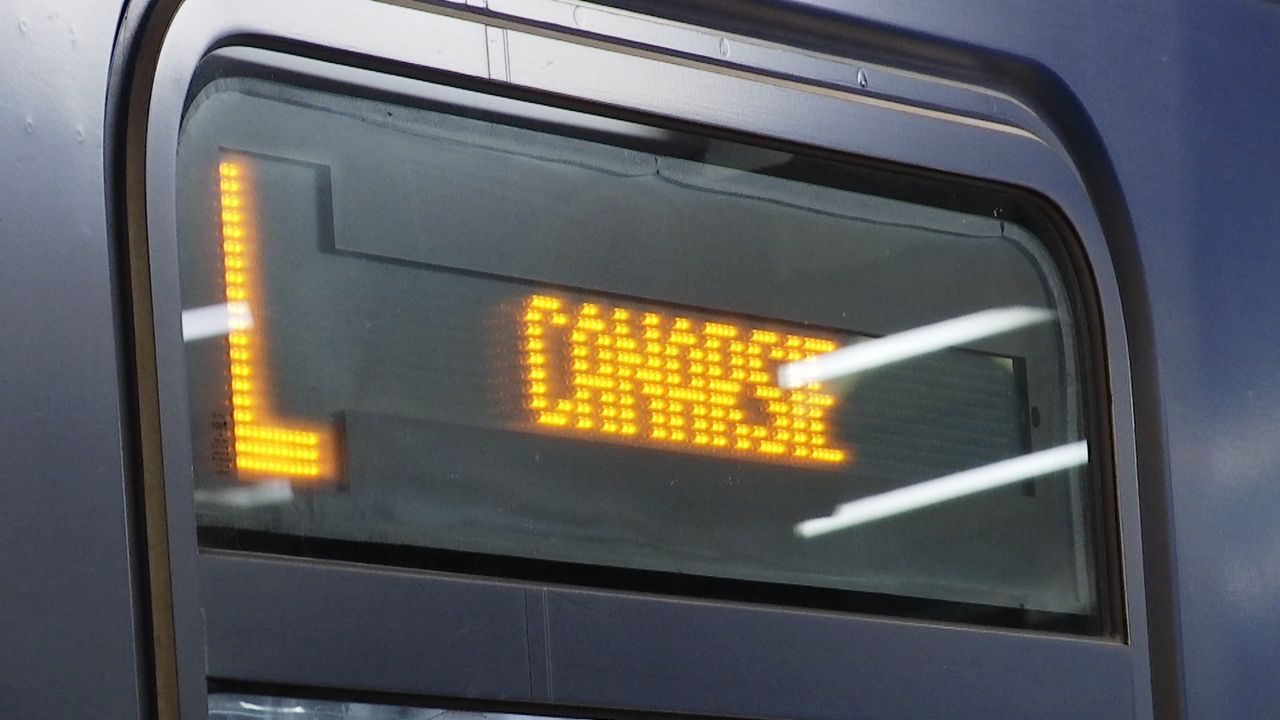 Nearly a quarter million New Yorkers who for years dreaded "L-mageddon," a planned 15-month shutdown of a key subway tunnel between Manhattan and Brooklyn, got a last-minute reprieve from the governor Thursday with a new plan that will allow repairs to go on at nights and weekends and the trains to keep running.

Gov. Andrew Cuomo made the surprise announcement just weeks after convening a panel of top engineering experts to take another look at the L train tunnel beneath the East River to see if there was a way to fix flood damage from 2012's Hurricane Sandy without doing as much demolition and disrupting so many lives. Turns out, there was.

"This was an outside-the-box, creative solution," said Cuomo, a Democrat, at a news conference announcing the new plan. He was flanked by engineering experts from Columbia and Cornell universities who dreamed up the proposal. "You have to be willing to think outside the box or break the box."

.@NYGovCuomo says L train shutdown, expected to begin this Spring, May no longer be necessary due to new innovative tunnel design. pic.twitter.com/zCsXcGfbgt

The announcement came after years of planning for the upheaval expected to be caused by the tunnel's closure, which was supposed to happen April 27.

Brooklynites had already begun rearranging their lives for the expected "L-pocalypse," with some changing jobs or apartments to avoid the looming commuting snarls.

Cuomo says not closing the L train entirely will be a "phenomenal benefit to the people of New York City." There will be some shutdowns on nights and weekends, he said.

The original plan, adopted by the Metropolitan Transportation Authority (MTA) after lengthy public debate, had called for a complete shutdown of a portion of the L line for 15 months while workers repaired damage from Sandy, when salty, corrosive water flooded 7 miles of the tube.

The plan called for replacing old electrical equipment by removing a damaged concrete benchwall that lines the tunnel and encases power cables. The cables would then have been replaced and the wall rebuilt, in a labor-intensive process.

But according to the new team, the L train tunnel is structurally sound. The new plan calls for installing cables on racks along the inside of the tunnels, and leaving the old cables where they are. The old concrete benchwall would stay too, encased in a protective fiber reinforced polymer, where necessary, or patched.

Not having to take out and replace the old wall cuts down on cost and time, officials said. And the new plan could be accomplished with night and weekend work instead of a shutdown.

MTA Acting Chairman Fernando Ferrer said those night and weekend repairs will happen over a span of 15 to 20 months. He added that because there still may be impacts for subway riders during the work on weekends, the MTA still plans to provide additional subway service where needed, including on the G, M and 7 lines.

.@NYGovCuomo says L train weekend and nighttime shutdowns should begin around same April timetable as full 15 month shutdown. Final approval of new plan would have to come back to @MTA Board.

NY1 asked why no one had thought of this before, and why such a seemingly simple plan wasn't the first approach.

"The plan the MTA had, was the way it was done. The best experts in the country advised them to do it. Everybody looked at it. The board has all sorts of experts on it. They all looked at it," Cuomo said at his press conference. "This was a totally outside-the-box, creative solution."

The MTA Board must still approve the plan, and many remain skeptical that the millions of dollars spent on consultants failed to reach this conclusion earlier.

Ferrer said the MTA is looking at the roughly $500 million contract for the work.

"We will be renegotiating the scope of work and the project itself," he said. "In fact, that has sort of already begun."

As this new L train plan basically scraps the old MTA plan, some changes are under way at the MTA itself. NY1 has learned that John O'Grady, the Senior Vice President for Capital Projects, left the agency last week. A senior MTA official insisted he retired and was not forced out.

Asked about the plan at an unrelated news conference with police, New York City Mayor Bill de Blasio said his administration had only gotten initial information, but "anything that avoids disruption I favor obviously and a lot of people in Brooklyn, a lot of people in Manhattan have been really worried about the L train shutdown."

"So, if there is a plan that can be better for the people of our neighborhoods, that's great, but I want to reserve any further judgment until I hear more," he said.

Those who would have been hardest hit were overjoyed with the news.

"I think we averted a disaster," said Robert Stone, 69, who was riding an L train to his home near the Third Avenue stop in Manhattan. "This line is full, it's one of the most on-time lines of all the subways and I believe this is the right solution, not to shut it down. I think it's a great thing."

Shanice Brown, who manages the Goorin Bros. hat store in Williamsburg that depends on the L train to bring in customers and employees, said the change in plans is a big relief. Brown said she had been worried about what the shutdown would mean for business, and whether the alternatives the MTA had proposed in terms of buses, ferries and other subway lines would have worked.

"It didn't feel very secure at all," she said. "It was going to be very trial-and-error."

Some are questioning, however, if the new plan is truly the best option.

"The governor's plan may or may not work, but you'll pardon transit riders for being skeptical that a last-minute Hail Mary idea cooked up over Christmas is better than what the MTA came up with over three years of extensive public input," said John Raskin, executive director of the Riders Alliance, a transit advocacy group. "We need a full public release of the details of Governor Cuomo's idea, as well as the mitigation plans that will allow hundreds of thousands of L train riders to get around during the inevitable shutdowns and slowdowns in service."

The L line is one of the city's most crowded, running through neighborhoods like Williamsburg and Bushwick that have become major draws for young people and the businesses that cater to them, like restaurants and bars. Since 1990, ridership has vastly increased, with about 400,000 rides on an average day. Of those, more than half go through the tunnel.

The agency could have gone with a three-year partial shutdown, but the MTA decided in mid-2016 that it would be better to close the Canarsie Tube completely starting in the spring of 2019. That called for L train service at five stops in Manhattan to be halted, as well as trains through the tunnel. The line would continue to operate between Brooklyn neighborhoods.

Ferrer called the new plan "an innovative and more efficient approach" and said the agency, which operates in the city and its suburbs but is controlled by the governor, would adopt it in full.

Ferrer said the new approach to the repairs was not considered earlier because the integration of the approaches, and the technology, had not been previously applied in the context of a rehabilitation project underground.

Cuomo said this new design could become a national model because "it is a totally different way to reconstruct a tunnel."

"It's faster, it's cheaper, it's better than the way we have been doing it now," he said.