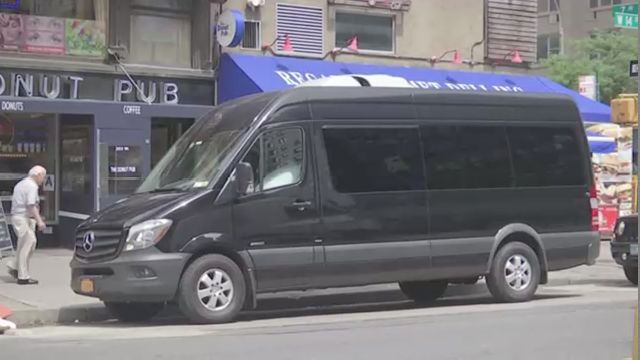 L train riders are already mapping out plans for next April, when the most heavily-used section of the line, between Brooklyn and Manhattan, is slated to shut down for repairs for more than a year.

"We are just going to do a combination of the J and the M trains, buses, get on our bikes," one L train rider said.

"Move in with some friends in Midtown," another straphanger said.

But Jaime Getto, an L train rider from Bushwick with a background in marketing and technology, has something different in mind: The New L, an app-based ride-hailing service that will use 12-seat vans.

"It will pick you up at your doorstep, Monday through Friday, and drop you off at a drop-off point in the city," Getto said.

The service is supposed to debut next April, when the L shuts down for 15 months between Bedford Avenue in Brooklyn and 14th Street-8th Avenue in Manhattan.

THE SERVICE WOULD COST MORE THAN A MONTHLY METROCARD

Getto says the service will use vans that would initially operate only during the morning rush. She is charging $155 a month — $34 more than the cost of a monthly MetroCard.

In addition to charging ports, Wi-Fi, and food from local businesses, the fleet of shuttles will also have some offerings that are pet-friendly.

"That will be a separate offering for folks who, let's say, bring their pet with them to work every day," Getto said.

The New L is unapologetic about targeting well-to-do Brooklynites. "We're launching into the luxury market," Getto said. "It's the quickest way to get operations going, to make sure we can test the product, make sure it works."

So far, she says, 750 would-be riders have signed up on the New L website, a sliver of the more than 200,000 riders who will need other ways to get around when the line partially closes.

"We're not trying to replace the MTA," Getto said. "If you can take the subway, if you can walk somewhere, if you can ride your bike, you should do that."

"When it comes to moving commuters, private shuttles are no match for public buses," said Paul Steely White, the executive director of advocacy group Transportation Alternatives. "This is the worst-case scenario: us seeing more and more of these private shuttles flooding streets, preventing buses from moving."

WHAT ELSE CAN NEW YORKERS EXPECT FROM THE L TRAIN SHUTDOWN?

The city says that from 5 a.m. to 10 pm, seven days a week, only buses will be allowed on the crosstown street, with a few exceptions.

MTA and city transportation officials say about 70 percent of the L train riders are expected to shift to other subway lines, which will see a huge increase in ridership from the expected influx of the new passengers.

Buses will play a significant role, too, in shuttling riders across the East River.

The MTA says its new ferries will also help, carrying up to 1,190 riders on eight boats per hour.

Main story image above is an image of a van similar to the ones Getto says the New L will use.