NEW YORK — Richard Chow has been taking part in demonstrations demanding debt relief for beleaguered taxi drivers ever since his brother, a fellow cabbie, took his own life.

Both men took out huge loans against the value of their taxi medallions before the taxi industry and medallion values collapsed amid competition from Uber and Lyft.

Chow says he’s been unsuccessful in his attempt to refinance his debt. He says Marblegate asked for a $25,000 down payment to restructure the loan.

Under a plan Mayor Bill de Blasio announced Tuesday, the city would create a fund to provide no-interest loans of $20,000 to medallion owners like Chow that they could use as down payments to restructure their debts.

Additionally, medallion owners could borrow up to $9,000 to make their monthly loan payments.

The city would use $65 million in expected federal stimulus money for the fund.

“I think this new plan will be a difference-maker for many, many drivers, and that’s part of how we move forward," de Blasio said.

“This substantial upfront payment from the city will empower medallion owners to work with lenders to reset the terms of their loan," said Aloysee Heredia Jarmoszuk, the Taxi and Limousine chairwoman.

But the main group advocating for yellow cab drivers, the New York Taxi Workers Alliance, denounced the plan as insufficient.

“It is an insult upon injury. It is a cash giveaway to the biggest lender in the industry and does absolutely nothing for the thousands of families that have been suffering and struggling," Bhairavi Desai, president of the New York Taxi Workers Alliance, said at a rally. 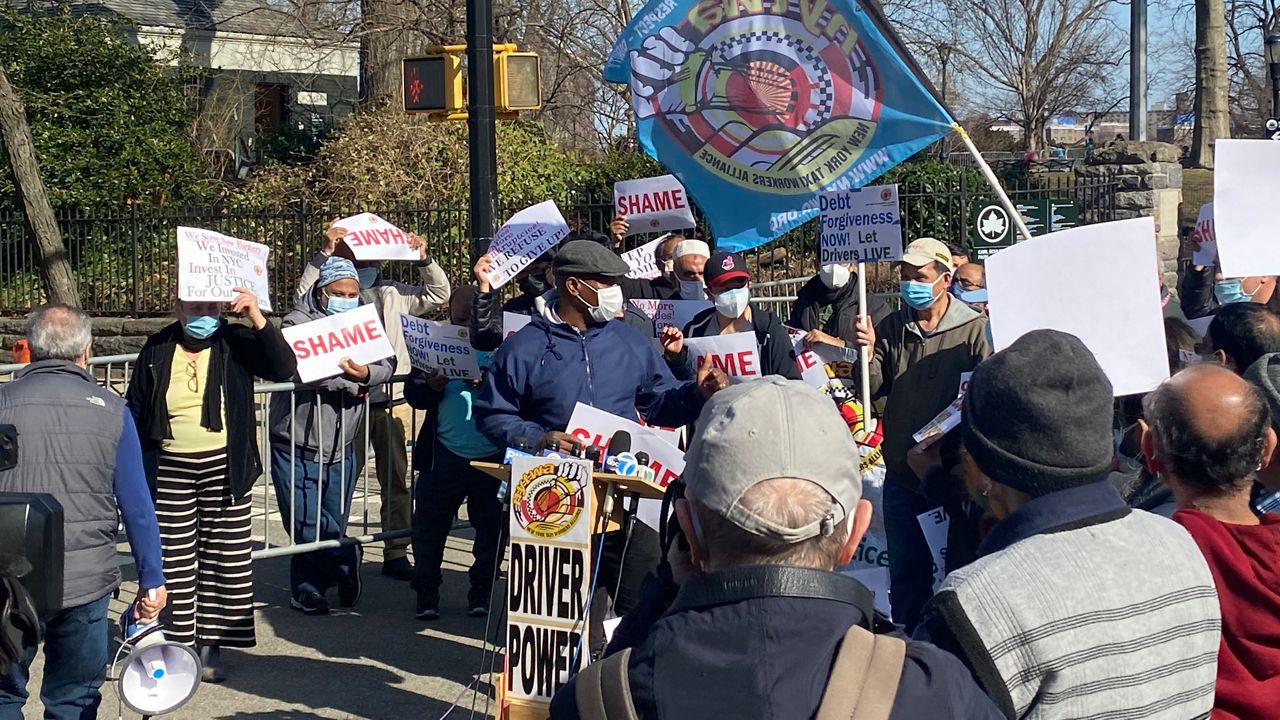 The alliance wants the city to reduce each debt for a medallion to no more $125,000, cap monthly loan payments at $750, and guarantee each loan.

The alliance says it plans to hold regular protests until its debt relief plan takes effect.

A representative for Marblegate calls the mayor’s plan a “surprising but welcome development” that will stabilize the industry.