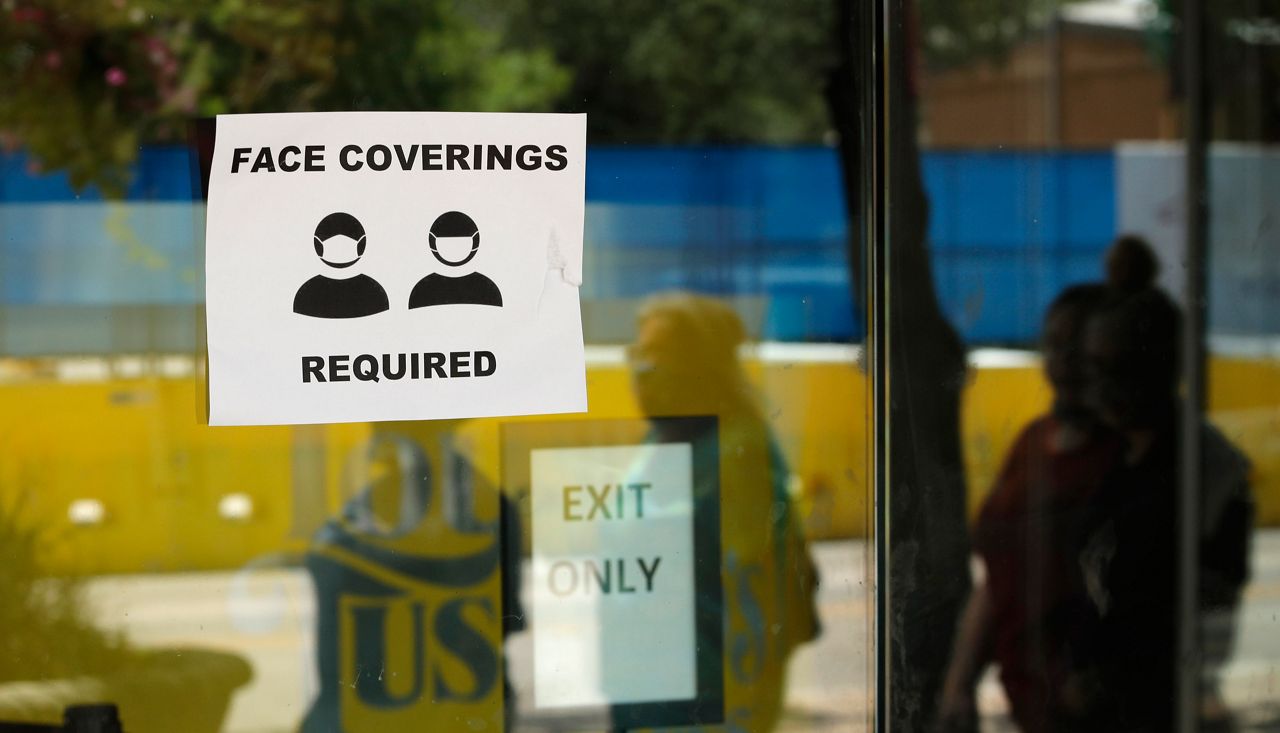 CDC officials say the number of Americans who have actually been infected with coronavirus may be 10 times higher than the number of confirmed cases on record. Director Robert Redfield, during a briefing Thursday, stressed the need for the public to remain vigilant; by continuing to social distance, frequently wash hands and to wear face coverings when out. It’s a very different tone and message from what was recommended in late February and early March of this year, when coronavirus cases were just emerging.

Initially the message from health officials was; don’t wear masks, save them for the frontline health care workers. As it became clear that SAR-CoV-2 was often spread through close contact, before a person started experiencing symptoms, and by those who were asymptomatic, or never showing symptoms, health officials changed the recommendation- advising the public to wear cloth or homemade face coverings. The mixed messaging may have left some lingering confusion and potentially even skepticism over the need to wear face coverings.

As many regions reopen, lifting “stay at home” orders, nearly half of states are now experiencing surges in new COVID-19 cases. CDC officials say the numbers don’t tell the whole picture, pointing to increased testing, particularly among high risk populations like nursing home residents. Still, health researchers say the public should continue to wear masks as more people venture out into public spaces, at least until an effective vaccine is widely available.

At the start of the pandemic there was little evidence of the effectiveness of face coverings, that body of research has since grown. Here’s what scientists around the globe have found:

Researchers at the University of Illinois did experiments with ten different fabrics outlined in a paper released in April. They found that double layered cloths were very effective in blocking droplets that could potentially spread viruses. Droplet blocking efficiency was between 90 to 98 percent effective with dishcloths, silk shirts, and cotton t-shirts.

While another study out of Tokyo found these common fabrics were not as good as medical grade masks at filtering out infectious microbes, researchers there found that conventional cotton fabric blocks between 43 and 94 percent of bacteria, which travel in droplets like  viruses.

The more people wearing masks in public, the greater the impact

A new study out of England this month, found that widespread mask wearing could essentially stop the spread of the coronavirus, if everyone plays ball.

At the beginning of the outbreak in Wuhan, China, it was estimated SAR-CoV-2 had a reproduction number of 4, meaning each infected person got four others sick, which is part of why the virus spread so quickly. Using mathematical modeling, the UK researchers found that 100 percent participation in mask wearing could bring that reproduction number to below one, which would effectively stop community spread of the virus.

Wearing a mask is huge, but it’s even more effective when done earlier in outbreaks

Arizona State University researchers released mathematical modeling that showed mask wearing equally protects the wearer from spreading illness or getting sick. Using data from Johns Hopkins COVID-19 surveillance from the end of January to the beginning to April, researchers found that if at least 80 percent of the population had been socially distancing AND wearing masks it could have reduced deaths by two to nine percent in New York State and 24 to 65 percent in Washington State.

Infectious Disease Epidemiologist Jessica Malaty Rivera is the Science Communication Lead for the Atlantic’s COVID Tracking Project. Here is a lightly edited transcript of an interview with her on the importance of wearing masks:

Erin Billups: There's been a lot of mixed messaging out there. Does wearing a face mask really make a difference in slowing the spread of the coronavirus?

Jessica Malaty Rivera: It really does. I think that we are dealing with an issue of not having a lot of long term studies that have been performed to show the effect. But a number of studies are happening right now that are showing that even if it's not as effective as, say, N95 mask or a medical grade mask, there is some benefit to having a physical barrier over your face to help spread, to help reduce the spread of bio droplets.

Q. What should be the rule of thumb, for instance, where should you wear a face mask and should you require that people wear them when they come and visit you in your home, for example?

A. So the general rule should be wearing a face mask as often as you are outside, unless you are doing things that are completely by yourself, like, say, for instance, running or swimming or doing some sort of recreation that would be more harmful to wear it. But if you are going to be in a group, in a setting where you cannot be alone or with the person or persons that you're isolating with, the best recommendation is to have a face mask on.

Now, with regard to people coming into your home, indoor transmission is much more likely than outdoor transmission. So I would say, especially if people are coming into your home or if you're in a closed space with somebody that masks should be worn unless you can ensure that there is enough open space between you and other people or if that person is isolating with you.

Q. There is a pretty interesting study that was out earlier in June from the U.K. that basically said if there was 100 percent participation in the public face mask wearing, you could effectively stop transmission. What are your thoughts on that and what would it take to get that to happen here? [26.6s]

A. Yeah, I mean, one of the challenges about mask wearing and mask wearing rules are that it's not universal and you have different degrees of enforcement, different degrees of expectations in different cities. And we have mayors that are disagreeing with governors and governors that are disagreeing with the president. So, you know, it's also not a panacea. It's a combination of mask wearing, washing your hands, making sure that you're physically distanced from other people. But there is, like you said, data to suggest that if enough people are wearing masks, that the number of new cases and potentially deaths could be dramatically reduced. [44.0s]

Q. And what is the best way to wear a mask?

There's also the element of like how to handle a mask. I think a lot of people get really tripped up on the fact that there is a lot of hand hygiene that needs to be considered. You shouldn't be touching the inside or outside of the mask. You should be decontaminating it if you can, washing it if it's made of cloth and making sure that you're not moving it up and down, especially from the outside, to give yourself a chance to breathe, to put it below your nose. You kind of eliminate the efficacy of it when you do that.

Q. You’ve been part of the effort, tracking the spread of COVID-19 infections, when won’t there be a need to wear masks all the time?

A. I think we're gonna be wearing masks for the foreseeable future. I would probably estimate that we'd probably wear them until we have a vaccine. But again, this is really an opportunity for everybody to think about others and we can be slowing the spread and potentially changing the trajectory of this pandemic if we all sign up for this. I mean, it's kind of an exercise of altruism and compassion for our neighbors, making sure that those who are more at risk are not going to be harmed by us. There are people who are asymptomatic and symptomatic who can spread this disease. So if we all do this together, the outcomes in the timeline might be a lot easier.