In a recent campaign ad, Morgan McGarvey, Kentucky’s Senate minority leader who is running for a U.S. House seat, vows to “take real action on climate change” if elected.

But despite constant reminders about the worsening impacts of climate change, the Kentucky Democrat appears to be a rarity in this year’s congressional midterm elections.


A review by Spectrum News of 126 television and online video ads found just eight, or just 6.3%, that referenced climate change. All but one mention came from Democrats, with the lone Republican being Alaska Sen. Lisa Murkowski.

The ads that were reviewed were all from different candidates — half from Republicans, half from Democrats. The ads included a mix of both incumbents and candidates who don’t currently occupy the offices they’re seeking.

They were chosen at random other than to ensure balance between the two major parties and that candidates from all 50 states were represented. The review did not include ads placed by political action committees, which are barred from coordinating with candidates about messaging.

While the analysis, which took place before Senate Democrats passed a bill Sunday that would include $369 billion to address climate change, is not comprehensive and it is possible some candidates may have cited climate change in ads not reviewed or will be more vocal about the issue closer to the general election, it is a clear indication they largely have been treating climate change as a second-tier issue this election season.

The tempered rhetoric among candidates comes amid dire warnings about the environment. Last year, for example, the United Nations’ Intergovernmental Panel on Climate Change said world leaders are running out of time to prevent the worst effects of climate change by limiting global warming to 1.5 degrees Celsius over pre-industrial levels.

“It is frustrating because climate change is happening right now, and people are feeling the impacts of it,” Anusha Narayanan, climate campaign manager for Greenpeace USA, said of the lack of attention the issue is receiving in midterm campaigns. “In this moment, we're seeing extreme heat waves that people have experienced throughout the country this summer. And it's heartbreaking to see the impacts of the flooding events in Kentucky and how people's lives are getting impacted.”

“We have to be serious about this,” he said. “We have to show that we know we need to save the planet, that climate change is real and that the burning of fossil fuels is a big contributor to that. And it's going to take the federal government helping build a bridge so we can move to a cleaner energy economy that is both saving the planet and, in a place like Kentucky, producing really good green, paying jobs.” 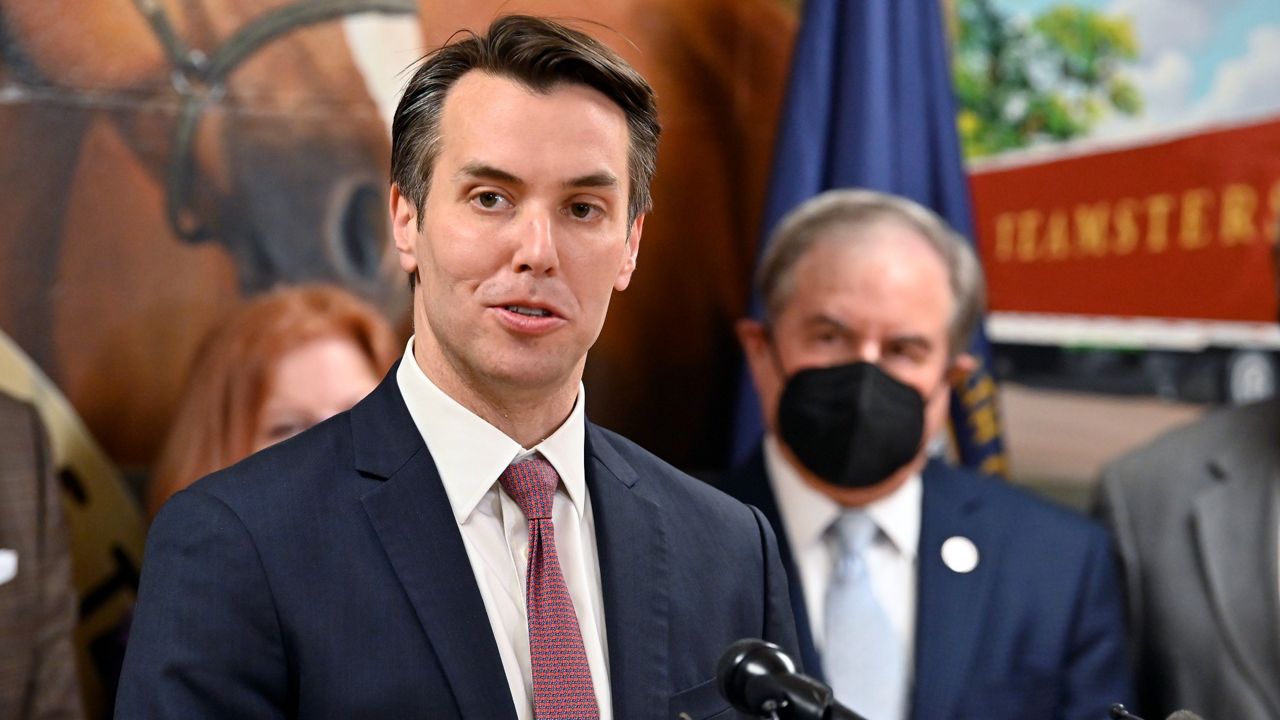 There were 10 other issues that were cited more often than climate change in the ads reviewed. Abortion was the most-mentioned issue overall (19%), as well as among Democrats. Inflation/gas prices (17.4%) was No. 2. And immigration/border security (16.7%) was third — all coming from Republicans, who mentioned that issue more than any other.

While the new Senate bill, which a House committee began considering Wednesday, would make historic investments in cutting greenhouse gas emissions, environmentalists believe much more can be done in Washington. Narayanan said she’s concerned about a provision in the bill that would fast-track oil and gas permits, and she wants to see Congress allocate the funding needed for President Joe Biden to use the Defense Production Act to spur domestic manufacturing of renewable energy technologies.

She blames the oil and gas industry for climate change not being a higher priority on Capitol Hill.

“We know that their denial and disinformation is a huge obstacle to address the climate crisis, and so we can't allow them to continue to sit in the room and influence our politicians to determine climate policy,” she said. “We're never going to get where we need to go.”

Campaigning Republicans so far have largely remained quiet about climate change. In fact, in the ads that were reviewed, they were far more likely to speak about increasing energy production or achieving energy independence, which Narayanan said she interprets as doubling down on fossil fuels.

But Liz Mair, a Republican political strategist, predicted that voters will hear GOP candidates discuss climate change more frequently as the general election approaches, especially in states such as Florida, South Carolina, California and Utah, where hurricanes, extreme heat, wildfires and droughts are of concern.

“People may talk about it, but they may talk about it in very different ways to what Democrats do,” she said, adding that some candidates might promote increased nuclear energy as a solution.

“You're not going to see anybody go out and use rhetoric about ‘climate change is an existential threat.’ … It's not going to be grounded that way.”

“I bet you would see way more Republicans running ads about the importance of addressing climate change if gas were sitting at $2 a gallon,” she said.

But Democrats haven’t exactly been boisterous about climate change, either. Democratic political strategist Tom Bonier sees that changing, too, in the coming months, especially if the Senate bill passes, which it’s expected to do.

“There hasn't been as much for Democrats to talk about on the issue up to this point,” he said. “I think that (the bill) will afford Democrats an opportunity to communicate more.”

Of course, candidates use campaign ads to speak to the concerns of voters, and a New York Times/Sienna College poll last month found that just 1% of voters consider climate change to be the most important issue facing the country today. The economy, inflation, the state of democracy/political division, guns and abortion took the top five spots.

But just because climate change might not be on the top of voters’ minds doesn’t mean it’s of no concern to them at all, especially when it comes to younger voters. A poll conducted in February by Data for Progress, a left-leaning think tank, found that 77% of likely voters 18 to 29 years old are very or somewhat concerned about climate change.

Bonier said he expects Democratic candidates to use social media to target younger voters in the run-up to Election Day, which could include a greater focus on climate change.

“I do believe that Democrats, at this point, have an opportunity to be talking more about issues that appeal to younger voters,” he said.