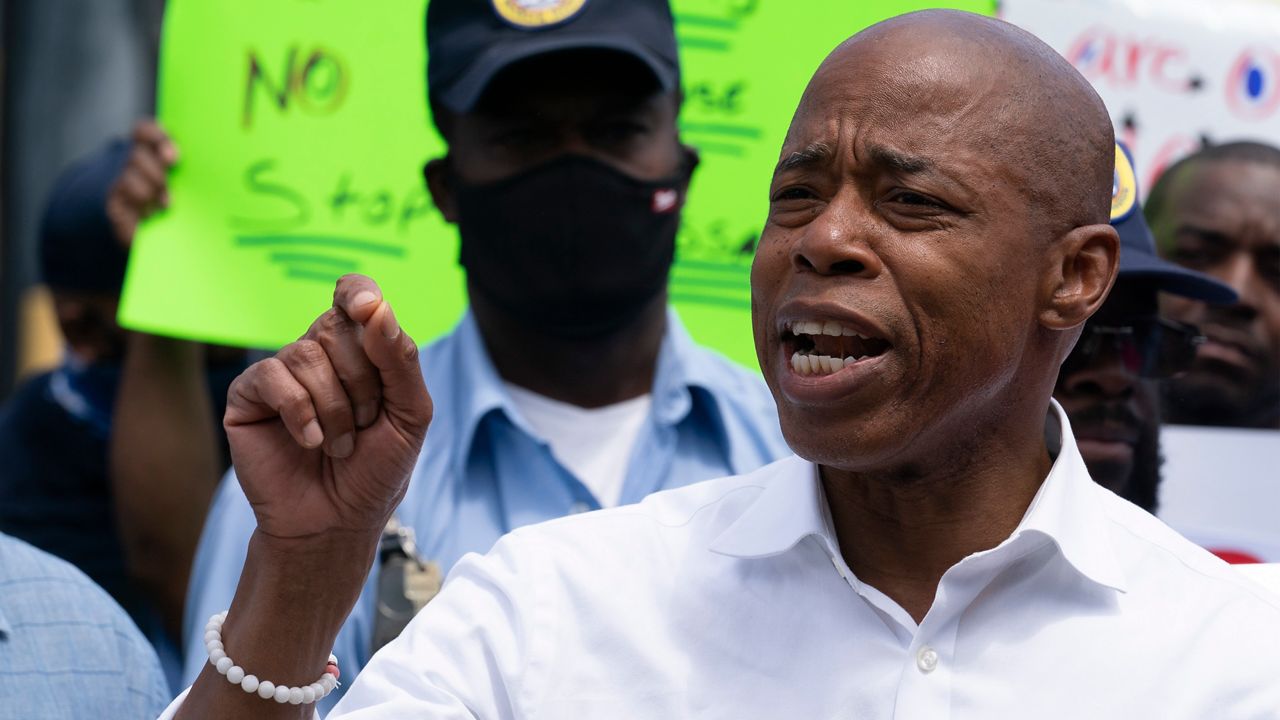 NEW YORK — The Brooklyn borough president says he and a former president share something in common.

"You're old enough to remember Obama and Trump, running around saying Obama was not born in America,” Adams said about former president Donald Trump. “This is the same thing. This is how people demonize."

On Friday afternoon, Eric Adams likened recent questions about his residency to birtherism, when Trump spread the conspiracy theory that Barack Obama was not born in America.

He claimed repeated attacks from his rival, Andrew Yang, were racist.

"How dare Andrew Yang say a retired captain, a state senator, a borough president, significant other is an educator, we can’t have two homes?” Adams asked. “He has two homes. You don't see the hint of racism in that? That I can't have two homes."

For days, Adams has been under fire over whether he lives primarily in Brooklyn or in New Jersey, where he shares an apartment with his girlfriend. On Friday morning, he released a new ad featuring his son and his Brooklyn pad. It was a clear rebuttal to the constant attacks over his address — attacks that came up again on Friday.

"It's not just the fact that he certainly lives in New Jersey," Yang said during a campaign stop on Staten Island. "It’s that we are asking these questions, one day before early voting starts, about why he’s never paid rental income tax even though he owns five units and told reporters that's how he helped his son get through college."

Despite the controversy over Adams's address, he clearly has momentum. Late Friday, the borough president received the backing of three members of Congress as their number two pick in ranked-choice voting. That included Ritchie Torres, who is the Yang's campaign co-chair.