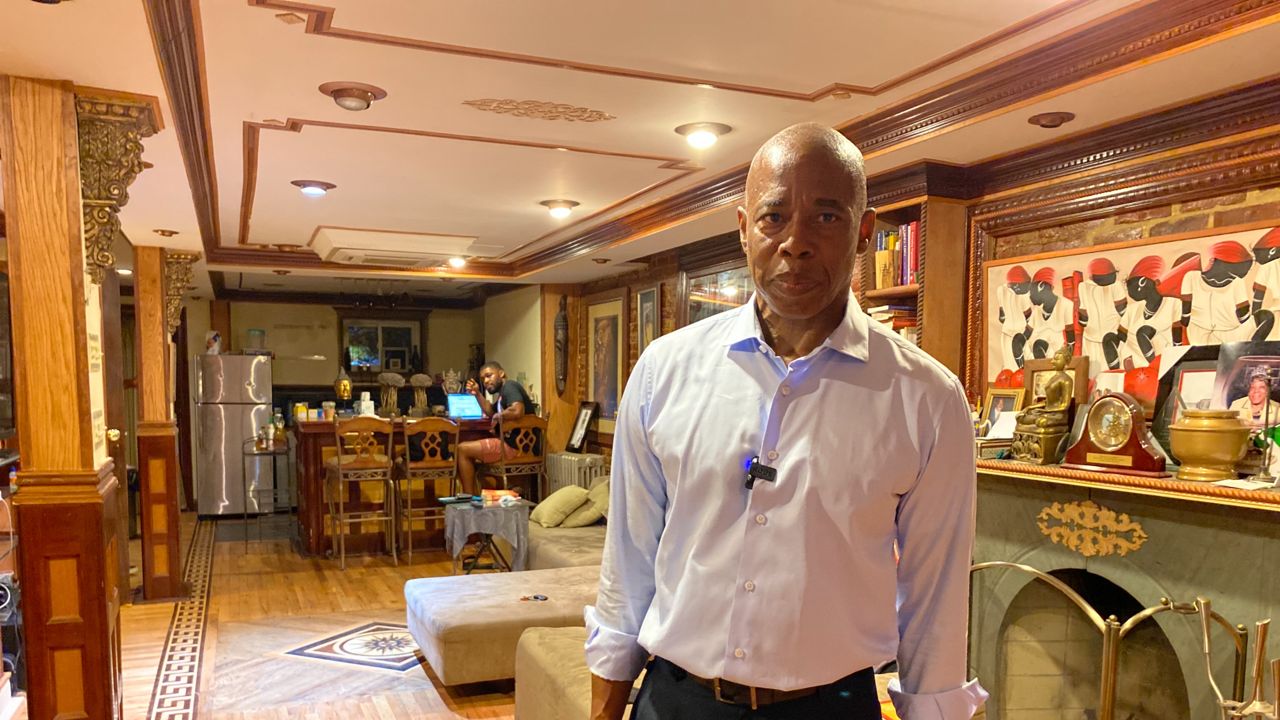 Adams gave the media a tour of that home on Wednesday to prove he lived there. Photo by Courtney Gross.

"Wasn't there for his football games. Birthdays," the borough president said outside of his Bedford-Stuyvesant home. His son was at his side.

It was a rare moment for the leading mayoral candidate, the first time his 25-year-old was in front of the press.

The borough president was choked up over missing moments in his child's life.

"This is a real journey,” he said. “This is my block. These are my neighbors, even the new ones."

Adams called the media to his doorstep on Wednesday morning, his home in Bedford-Stuyvesant, now the subject of controversy.

He let the media inside trying to prove he lives at the Bed-Stuy home. His son, Adams claims, crashes there occasionally.

"When neighbors say, ‘Eric we never see you,’ I am here at 2 a.m. Leaving at 5:30, of course you are not going to see me,” the borough president said.

The media spectacle came a day after Politico published a story about the borough president's residency. It raised questions about where the BP is actually living. A look at his backgrounds over the last few months during mayoral forums, they are not quite consistent.

So does he live here in Brooklyn?

Maybe at Borough Hall, like he had at the beginning of the pandemic? Or at an apartment he owns with his girlfriend in Fort Lee, New Jersey?

"I never hid that I had a coop in New Jersey with Tracy,” Adams said, referring to his girlfriend. “But my primary residence is in Brooklyn."

We did speak to a number of the borough president's neighbors who were on hand and they said he does live in the building.

"Yeah, I saw him after Friday,” said Lionel Conway. “I take pictures with him on Friday."

He showed us the photo, too.

Still, it's likely Adams's rivals will continue to raise questions about his residency.

"Can we just have some real talk for a minute here?” Maya Wiley asked on Wednesday. “This is bizarre. This is just straight up bizarre."