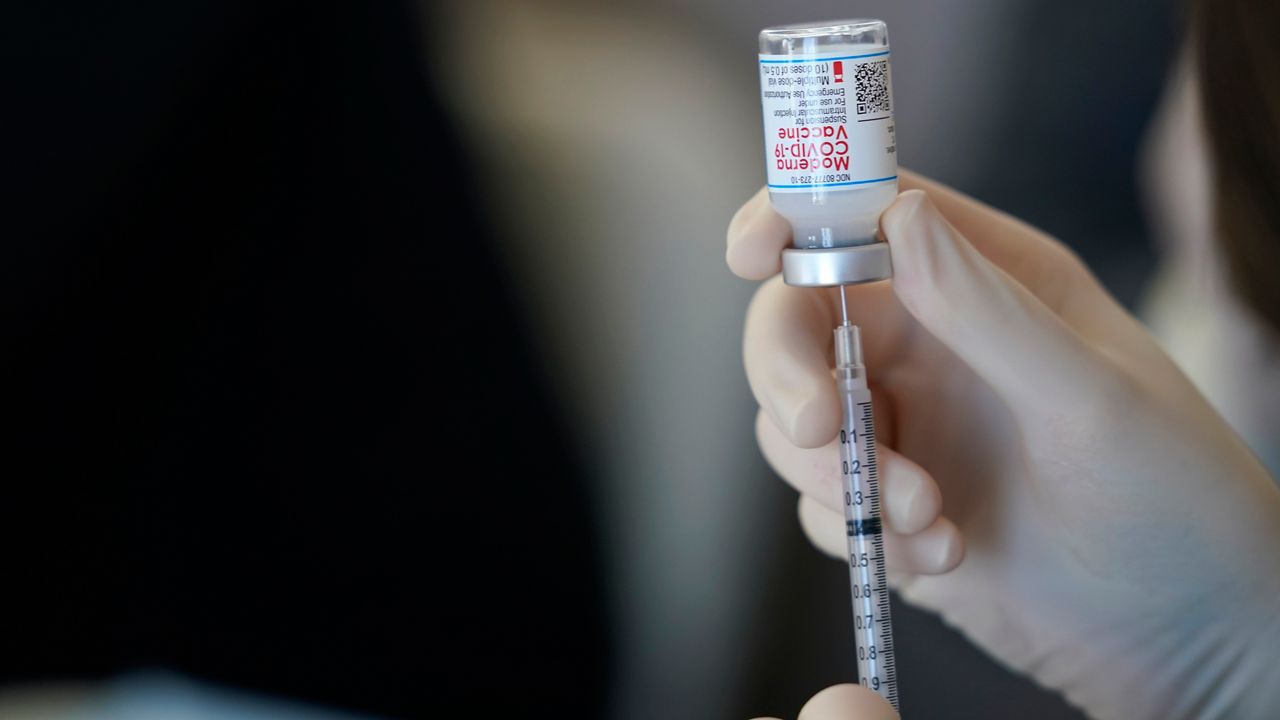 NEW YORK — With New York state eight days away from near-universal eligibility for the COVID-19 vaccine, Mayor Bill de Blasio on Monday evening said the city will work towards simplifying the process of getting an appointment on the city’s websites, which at times is derided as convoluted and arduous, and containing too many screenings.

In his weekly “Mondays with the Mayor” interview, Inside City Hall anchor Errol Louis asked the mayor if the city’s vaccination appointment website will eliminate most pre-screens to get an appointment once eligibility opens up to everyone ages 16 and older on April 6. At that point, every adult in New York state — regardless if they have a comorbidity or if they are a front-line worker — can get the shot.

While it’s been easier in recent weeks with increased supply, the process to get a shot has been fraught at times for multiple reasons, including the fact that different places offering the vaccine (for example, city hospitals vs. pharmacies like Walgreens) have separate appointment registration systems. (The city has a website where city residents can search among all locations offering vaccines, but it directs residents to each provider's individual website.) People trying to sign up have also been forced to navigate technological barriers.

The mayor said the city websites have tried to prevent people from having to re-input their personal and eligibility information and just show vaccination appointments that are available, and said the city would work to make the process simpler.

“That’s what our team is going to get to work on now," he said. "I mean, it’s a whole different reality if you have a universal system. There’s still information you need because, remember, some of that is also pre-screening people on a bunch of issues that would come up that don’t need to be asked at the vaccine site, and that’s a good thing. But yeah, I do think it’s going to open the door for further simplification.”

De Blasio added that he wants to keep the focus on getting seniors and people with pre-existing conditions vaccinated.

Competition is expected to become a bigger problem in the coming weeks now that eligibility is about to expand to all adults. Gov. Andrew Cuomo said recently that New York state has to "tremendously" increase capacity to vaccinate all adults.

The expanded eligibility now includes approximately 2 million more people statewide, bringing the total number of eligible residents across the state to 14.2 million. That will increase to about 16 million people when everyone age 16 and up becomes eligible on April 6.

The mayor, pressed for weeks, has expressed confidence in the city being able to handle that influx of eligible people trying to get appointments.

De Blasio said the city does not currently have all the supply it needs, but he said he is hopeful that there will be "a much bigger supply" in the next few weeks.

The mayor didn’t provide specifics in the interview how the city will meet the massive demand, although New York state’s vaccine supply will get a significant boost soon. As part of the $1.9 trillion American Rescue Plan, vaccination efforts will see a $160 billion boost. New York state will receive a total of 1.65 million vaccines a week by the end of next month. The state is also getting half a billion dollars of support, with the federal government sending vaccines directly to some 200 community health centers, and footing the bill for 5,000 new workers to help administer the shots. De Blasio, however, said last week that the increase is “still not everything we need.”

The mayor on Monday also backed a decision from a judge that the state must immediately offer vaccinations to people incarcerated in the state's prisons and jails. De Blasio told NY1 that while the city has been able to immunize a certain number of inmates in New York City jails, it has been waiting for authorization to vaccinate more of them.​