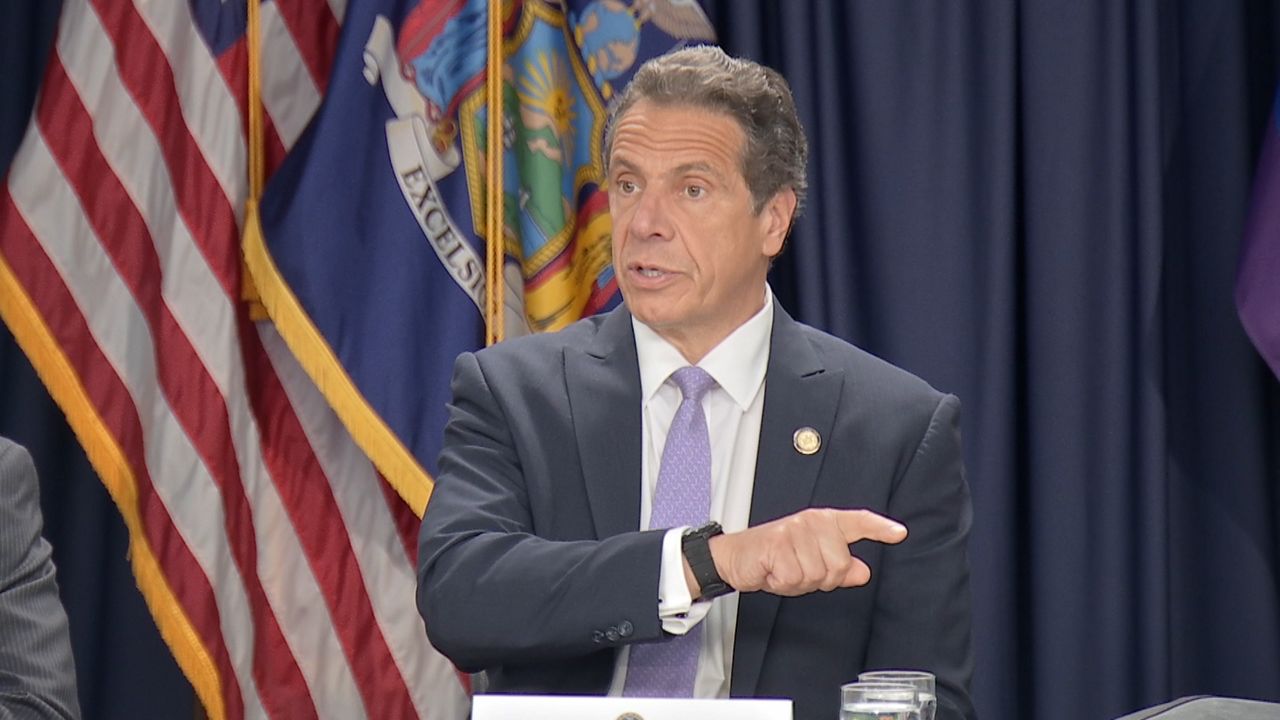 With just 11 session days left for the state legislature this year, Gov. Andrew Cuomo is renewing a push for two priorities that so far haven't gained much traction with the legislature.

Both are LGBTQ-friendly, including a bill to end what is known as the "Gay Panic Defense." This allows individuals charged with a crime to claim they harmed someone after learning they were gay or transgender. It's been legally invoked by defendants in New York state before.

The second bill would allow gestational surrogacy so couples could pay someone else to have a baby using in-vitro fertilization.

Andrew and Xavier Degna had their daughter, Olivia, in 2013 with the help of a surrogate but needed to travel out of state to do so.

"We really wanted to get both of our names on the birth certificate at birth, and at the time there were only two states available for us," Andrew said. "That really limited our options. And so we started in California."

.@NYGovCuomo says of the end of the legislative session in Albany, “there is more work to do.” pic.twitter.com/RgNkzIrV5u

The state Assembly held a conference to discuss surrogacy this week, and there was opposition to the bill from members.

"Sometimes you can't make everyone happy," the governor said at a news conference Friday. "I understand the Catholic Church doesn't support this. But it is clearly the right thing to do, in my opinion."

But a state Senate source told me that both bills have wide support in the upper chamber and are expected to pass.

Senate source says both bills that @NYGovCuomo is pushing today - surrogacy and an end to gay panic defense - have wide support in the upper chamber and are expected to pass.

But the biggest issue lawmakers will tackle next month is a renewal of the rent regulation laws, which are set to expire June 15.

Cuomo says he has been engaged in discussions on rent with the legislative leaders.

"I don't know where it comes out now," he said. "I want to have the best reform — rent reform bill in the history of the state of New York. I don't know what the [state] Senate can wind up passing."

Historically, what has happened in Albany is what is known as the "Big Ugly" — all the controversial issues get wrapped into a big legislative package and then voted on during the final days of the legislative session.

Cuomo indicated Friday that it looks like it is moving in that direction this year as well.

.@NYGovCuomo makes opaque reference to what is shaping up to be a “big ugly” in final days of session. Says there will be a “package of bills.”