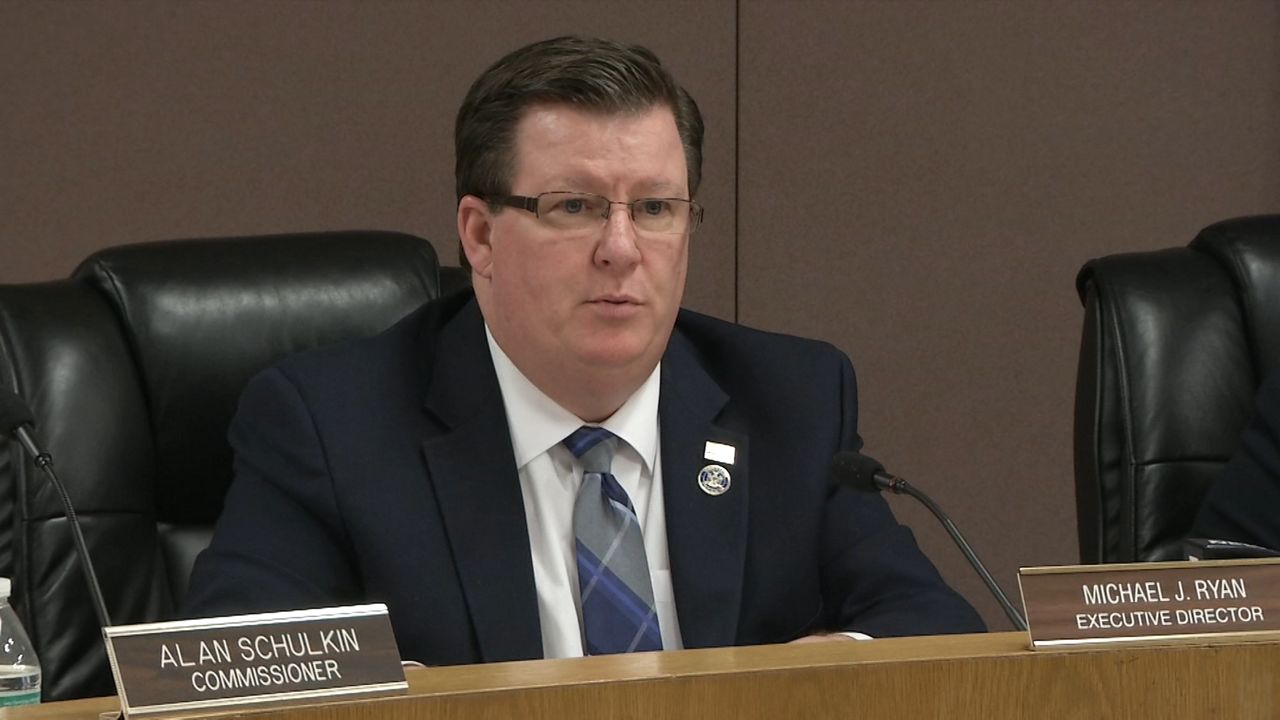 In 2014, the executive director of the city's Board of Elections joined a secretive advisory board for one of his agency's largest contractors, the maker of our voting machines, Election Systems and Software (ES&S).

On Tuesday, Michael Ryan abruptly resigned from that contractor's board.

"After consultations with the board of commissioners, I am stepping down from the informal ES&S advisory board committee effective immediately," Ryan said in lower Manhattan. (New York City Board of Elections Executive Director Michael Ryan, center, meets with his board for the first time since a NY1 investigation found that he had a potential conflict of interest with the manufacturer of the city's voting machines. Courtney Gross/NY1).

It comes a week after an exclusive NY1 investigation found that, as part of his role on this advisory board, ES&S had flown Ryan across the country, put him up in hotels, and bought him dinners. They were so-called conferences. One of those trips was to Las Vegas.

NY1 revealed Ryan did not disclose several of these trips in his required annual disclosure forms with the city's conflicts of interest board.

All along, Ryan had said he did nothing wrong. But since our story, multiple elected officials have called for him to resign from the Board of Elections, citing the possible conflict of interest.

On Tuesday, Ryan was not looking to answer any of our questions following the Board of Elections's weekly meeting. He went straight down the hallway, not looking back, as our camera followed him.

.@BOENYC behind closed doors for about an hour to, presumably, discuss Mike Ryan and his role on @essvote advisory board. Just in case you want to try to listen in, they turned on a sound machine pic.twitter.com/UMtpCtt4WQ

Ryan does answer to the 10-member Board of Elections, which met behind closed doors for almost an hour Tuesday. When the board emerged, Ryan announced he was stepping down from his role with ES&S.

Most board members would not discuss what exactly was said. A sound machine was turned on to muffle what was going on behind the door.

"It became a controversy, and it wasn't worth sitting on the board," one Board of Elections board member said.