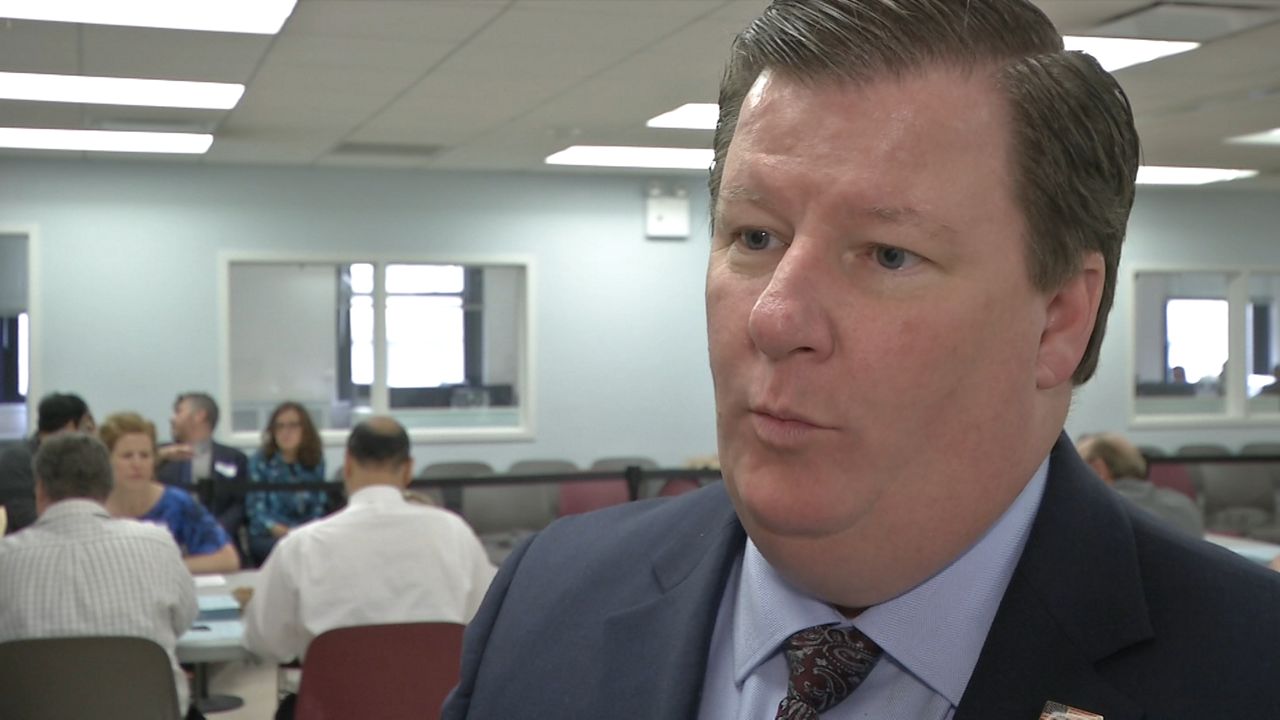 Since 2009, the city has paid at least $43 million for ballot scanners and other services supplied by a company known as Election Systems and Software.

While it's a major technological step up from the old lever machines, there have been plenty of headaches and controversy surrounding the scanners since they came online almost a decade ago.

But city elections officials have typically defended the scanners, even after a bad day at the polls. Now, NY1 has learned that the company, ES&S, has a somewhat cozy relationship with Mike Ryan, the head of the city's Board of Elections, perhaps blunting any criticism that could come its way.

Since 2014, ES&S has paid for Ryan to go to at least nine so-called conferences all across the country. It's part of Ryan's role as a member of a secretive advisory board for ES&S, something it calls the "National Customer Advisory Board." Ryan was invited to join it in 2013.

NY1: How many trips have you gone on?"

This all means a major contractor for Ryan's agency is paying for him to fly across the country, stay in posh hotels, and bankroll fancy dinners.

In 2014, he went to Omaha, Nebraska, where ES&S is headquartered, as well as Buffalo. In February 2015, Ryan went to Tucson, Arizona as part of this so-called advisory board. Just six months later, he was off again to Omaha. In 2016, it was Fort Lauderdale in Florida. A few months later, the board was hosting Ryan right here in New York City. In 2017, ES&S paid for Ryan to go to Las Vegas; later that year, it was back to Omaha. This year, Ryan went to Charleston, South Carolina.

All of these trips were paid for by Elections Systems and Software.

During the Nebraska trip in 2017, the company put Ryan up in a historic hotel. It took its board to a restaurant for a sushi dinner. In Las Vegas last year, the board stayed at the popular Cosmopolitan Hotel.

"There was no gambling going on at that. It was — I flew out to Nevada on a Wednesday, had a conference on a Thursday, came home on Friday," Ryan said. "There's nothing more, nothing less than that."

When the board was meeting in New York City, ES&S actually paid for Ryan to stay over in a Manhattan hotel; Ryan lives on Staten Island.

NY1 asked one ES&S executive about whether all of this presents a conflict of interest.

Executive: It's an opportunity for our customer base to educate us and give us feedback on the products and services that we provide," he said.

NY1: But you guys are paying for him to do this?

Executive: Yeah, and it's been cleared by the New York City Board of Elections for Mr. Ryan to attend these events, that there isn't a conflict of interest there.

The city's Board of Elections approved Ryan sitting on the board back in 2014.

Ryan was supposed to get approval in writing from the Board of Elections for each trip. The board could not provide us with those approvals.

"First, we got an advisory opinion from the New York City Conflicts of Interest Board and they told us the parameters under which my participation is permitted under New York City rules," Ryan said.

But, for years, Ryan has been filing inaccurate annual disclosure forms with the city's Conflicts of Interest Board — forms that are required by law. Each year, Ryan wrote that the trips were to Omaha, Nebraska, and Buffalo. He went to Buffalo for ES&S in 2014, but he never changed his forms in the following years. He only mentioned the Las Vegas trip in a small note at the bottom of one of the forms.

He also never mentioned the trip to Arizona, or Florida, or South Carolina.

The board said the mistake was a clerical error.

The contract for ES&S is slated to expire at the end of January. The state Board of Elections certifies what types of voting machines cities and counties are allowed to use. That board hasn't certified any new voting machines since 2007.

When we asked the Board of Elections about the details of the trips, such as the exact costs, it said inquires needed to be directed to ES&S, which did not respond.