Sheriff Bob of the Sheriff and the Deputy band. Photo by Edric Robinson.

SoHo folk pharmacy: Not your average mom and pop shop

It may not be the most conventional venue for the band Sheriff and the Deputy, but lead singer Sheriff Bob says this gem in his SoHo neighborhood means the most.

“This is unique. It’s a drug store and this has become a stage, so if that isn’t about community I don’t know,” Sheriff Bob said.

The band performs just about every other Tuesday at the mom and pop pharmacy Thompson Alchemist, which has been serving the neighborhood for over 25 years.

Pharmacist Gary Alony owns the store. He considers music in the aisle a prescription for good community health.

“I always had the idea of a corner drug store,” said Gary Alony while dispensing medication. “We take in from our community. If it’s art that makes our community happy, then its artwork that we take in. If it’s music, well, I’ve always been a big fan of music,” Alony continued.

Gary’s wife Jolie runs the front of the store. She sees these concerts as a way to give back. 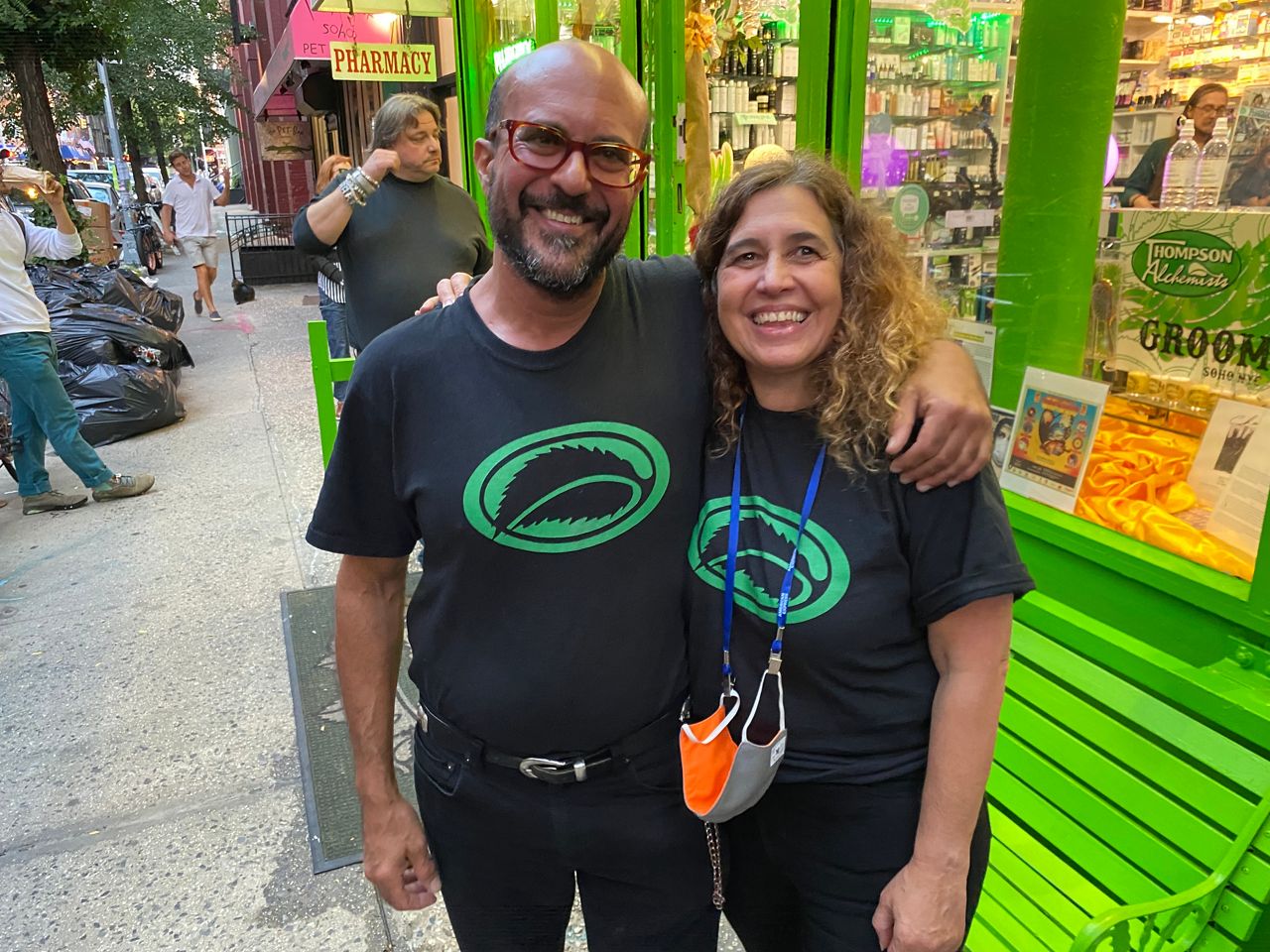 Gary and Jolie Alony, owners of Thompson Alchemist, a mom and pop pharmacy in SoHo. Photo by Edric Robinson.

“To be able to help people during these past two years, everybody has been down and depressed, it’s so nice to have them come out and smile,” Jolie Alony said.

“This area got really quiet. We went down quite a bit — about 90% for awhile, for especially the first three months. Slowly, people are starting to come back,” Gary said.

These concerts have helped. For neighbors, it’s been a consistent reminder that things are getting better.

“This has been a really great way to stay connected during COVID and also to have a good time and see people out of their comfort zone and dancing on the street on a Tuesday,” said Elyssa Ackerman, who lives in the neighborhood.

From the young, to the furry friends on four paws, the music sparks a groove in just about anyone who listens. Even those walking by can’t help but to stop. The band plays folk songs, original and Beatles covers that encourage dancing, head nodding, and foot tapping.

Gary says this immersive community experience  is one that he hopes other business owners adapt.

“Listen to the community and try to show the importance of hiring local, taking care of local people and supporting local business,” Gary said.