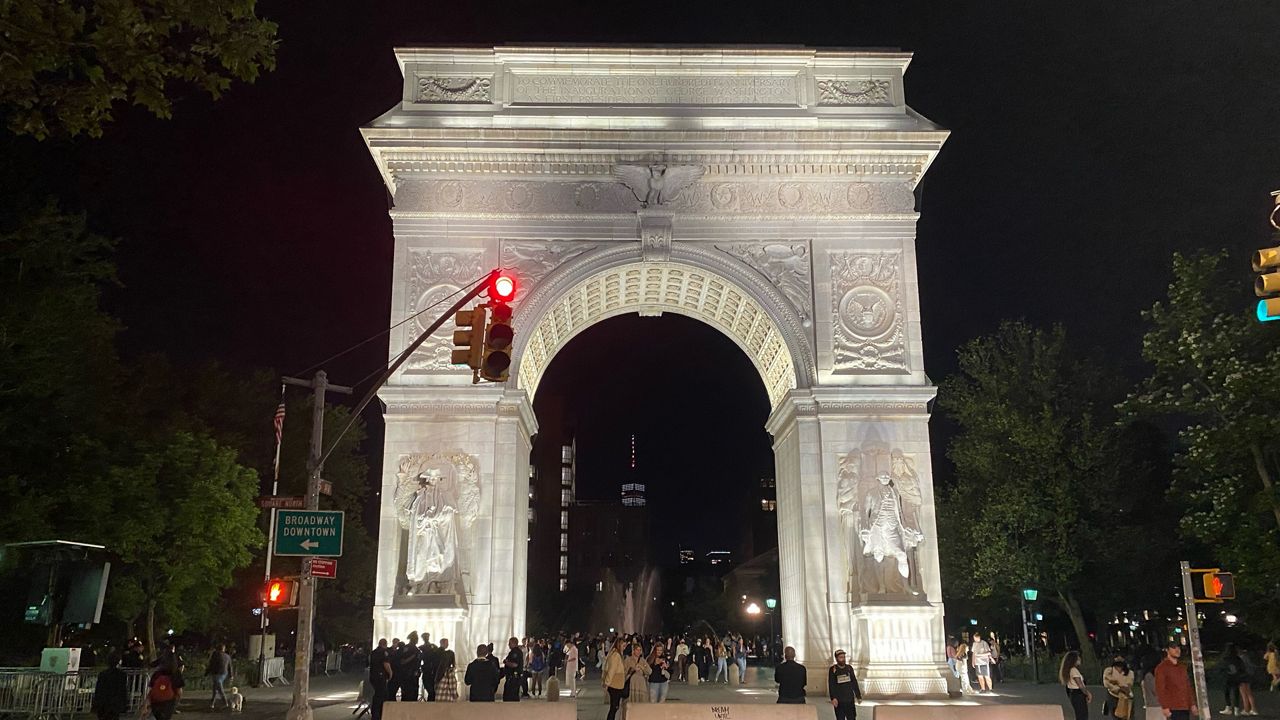 NEW YORK — The fact that it was a Friday night was reason enough for dozens of New Yorkers to head to Washington Square Park.

“Dance. You gotta dance. You hear a song you like you got to dance,” said park goer Te’devan Kurzweil when asked why he comes to Washington Square Park.

Those coming to Washington Square Park this weekend can now do so until midnight.

That, however, wasn’t the case for the past two weekends.

Beginning Memorial Day weekend, and then again during the following weekend, a curfew was implemented at the park at 10 p.m.

The decision to close the park two hours early came after community members complained about illegal activity and loud partying after dark in the park.

Park patrons who spoke with NY1 on Friday said that they didn’t appreciate being sent home early.

Some park patrons also took issue with how the NYPD enforced the curfew. The enforcement, over the last two weekends, led to a number of arrests and some criticism.

Mayor Bill de Blasio addressed some of those concerns during his weekly radio interview on WNYC.

“After a lot of attempts to mediate and all, there were folks in the park who were not willing to abide by the rules,” de Blasio said on “The Brian Lehrer Show” about the reason the curfew was implemented.

The mayor also said during the same interview there was never any intention on making the curfew permanent.

The city parks department on Friday told NY1 that the curfew, for now, had been rescinded.

The department also said it would “continue to work with the PD to find the right balance of education and enforcement against illegal and after hour activities that impact the park and the neighborhood … Across the city, we lock and close hundreds of parks daily without issue.”

News that the curfew had been suspended came as a relief to some park-goers who said they were expecting another contentious evening with police to transpire.

“I’m actually glad to hear that because after the preceding incidents, that the NYPD took upon themselves to try to force people out of the park last week, I find that disgusting,” said Steven Lopez, a Washington Square Park patron.

Likewise, the NYPD has said that officers trying to implement the curfew have come under attack themselves.

One man who has lived near the park for more than 40 years told NY1 that he hopes the tension between police and park-goers will go away now that the curfew is gone.

“I don’t think the curfew ever made sense,” said Stanley Weinberg, who lives across the street from the park. “Essentially, [young people] were using parks for what parks were for. But things were starting to get a little out of control.”

Another area resident told NY1, off camera, that he was disappointed to hear that the curfew had been lifted. He said the police presence over the past two weekends made him feel safer.