For Lily Dasgupta, Kamala Harris’ ascension to the second-highest office in the land strikes a major chord. Dasgupta’s journey to the U.S. closely parallels that of Shyamala Gopalan Harris. The mother of the projected newly-elected vice president of the United States came to the U.S. in 1958 to study science. Dasgupta moved here 11 years ago to further her career in computer science.

“I was so emotional, to be very honest,” said Dasgupta, who lives in Brooklyn’s Midwood neighborhood. “Like Kamala Harris’ mother and every other Indian who comes to the United States, they can see this dream, like one day, I can be Kamala Harris. My daughter can be Kamala Harris. This is literally setting an example, representing the entire Indian community.” 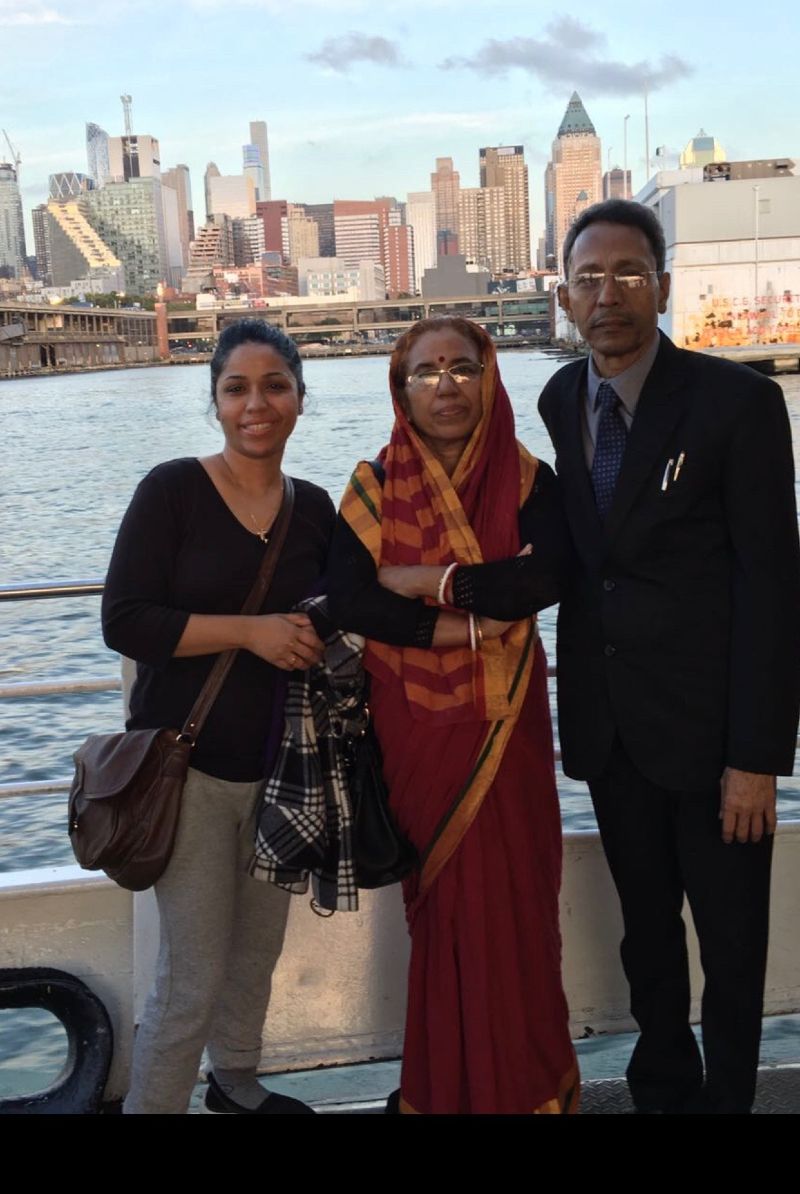 Lily Dasgupta (L) and her parents on a visit to NYC

The Oakland, California native is biracial—her father is from Jamaica and her mother is from India. Before winning the vice presidency, she was the second African American and first South Asian American senator to represent California.

Harris’ win continues the legacy that began in 1972 when Shirley Chisholm ran for president and continued in 1984 when Geraldine Ferraro ran for vice president.

“I said, ‘You definitely have to go now, right?’” Mann said. “It's almost like a timestamp for us to go, ‘Yes, because of this moment, you also can.’ Here is a blueprint almost. Here is someone that you can look at.”

For Mann, who is the director of social strategy at Vote Run Lead, a national organization helping women run for elected office, politics is a regular family topic.

“My oldest daughter, who is turning 21, said this feels like 2008 all over again,” Mann said, who has three daughters. “The whole representation of seeing yourself or someone that you think looks like you represent what you're about or what you're doing is beautiful for me and my entire family.” 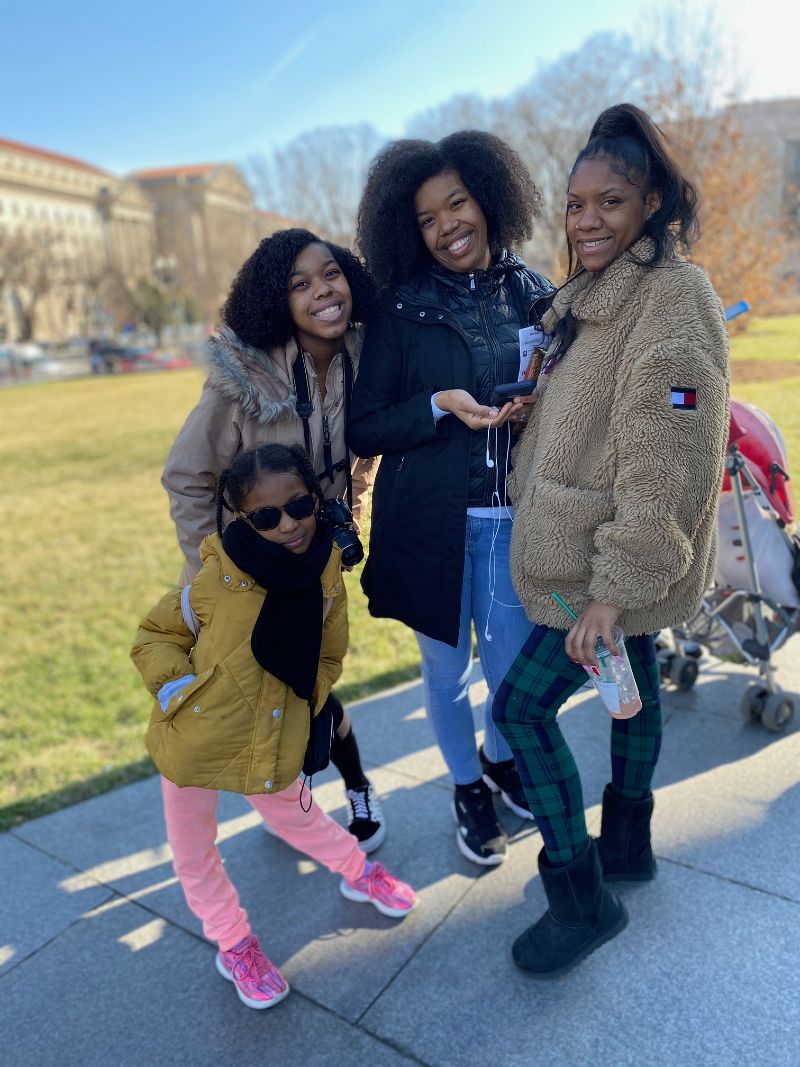 Zanade Mann and her three daughters

Sierra Fraser, a freshman at Smith College and member of her school’s Black Student Alliance, thinks the image of Harris taking the podium on Saturday was a powerful antidote to most other representations of black women, she said.

“It’s definitely inspiring for people like me, young black girls, because the only thing that we see on TV is—we're either going to end up, sadly, dead, poor, and forgotten,” Fraser, 18, said. “The next couple of years we're just really trying to stay on top as much as the country doesn't want us to.”

Harris’ projected win resonates with not only Black women, but with Indian Americans as well.

There are about 4 million Indian Americans in the U.S., making them one of the largest Asian populations in the country. But when Gopalan arrived, there were discriminatory immigration laws in place severely limiting the number of Indians that could come to the U.S. She also faced an uphill battle as an Indian woman studying science at a top university. The fact that she persevered and eventually paved the way for her daughter to become the second most powerful person in the country is not lost on people like Dasgupta.

“This is just literally setting an example, representing the entire Indian community,” Dasgupta, 37, said. “We can do and we can be anything.”

For Imran Khan, whose family is from the same city in India that Harris’ mother was from, his connection to Harris is even more specific.

“For many years, we've had a lot of Indian American politicians,” he said. “But you hear from people that, you know, ‘India's like a continent really,’ because if somebody is from a different part of the state, people are like, ‘Oh, but that's like way too far.’” 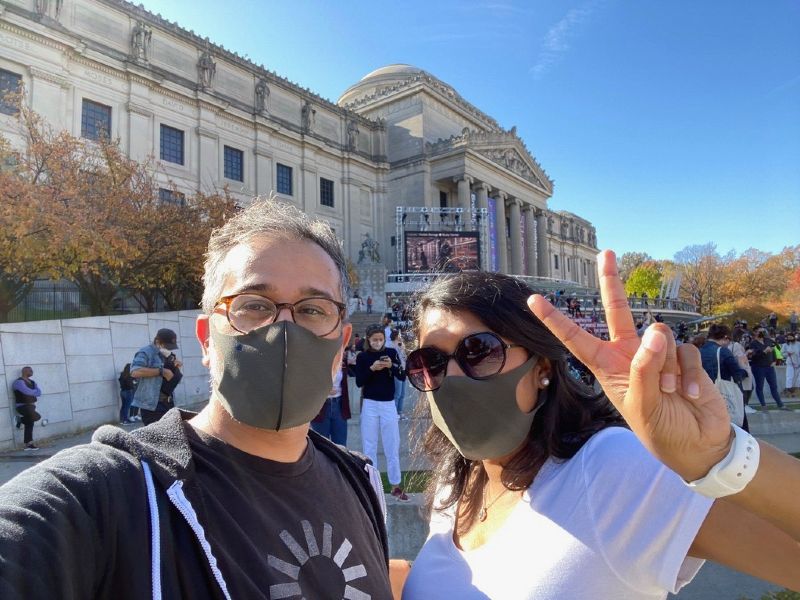 Khan, a marketing professional and history buff, searched news archives from back home to find out more about his connection to her.

“I would look up stories about her, her grandfather, and they all lived in a neighborhood that's pretty popular on the beach, a neighborhood that I would frequently visit” he said. “How cool is just being able to say, somebody from that sort of common connection has reached some tremendous heights?”

Harris’ path to the vice presidency is even more pronounced for Christina Das. As the president of the Brooklyn Young Democrats, she’s the first South Asian woman to hold the position. She also recently graduated from law school and wants to pursue a path in public service like Harris.

“Indian American women in politics—we're forging a new path,” she said. “And [Harris] is at the forefront of that. We're underrepresented voices in government and especially in political activism so it's that much more powerful that she is now one of the two positions of leadership in this country.”

As Harris’ victory started to become more certain on Friday, Das felt a flood of emotions.

“I'm proud, emotional—all these feelings are circulating right now,” she said. “Kamala talks about her mom a lot so it makes me think about my parents and their experience and how being an immigrant really shapes why we're involved in politics and activism. And that's really sentimental for me [thinking about] the family members and others that have sacrificed for you.” 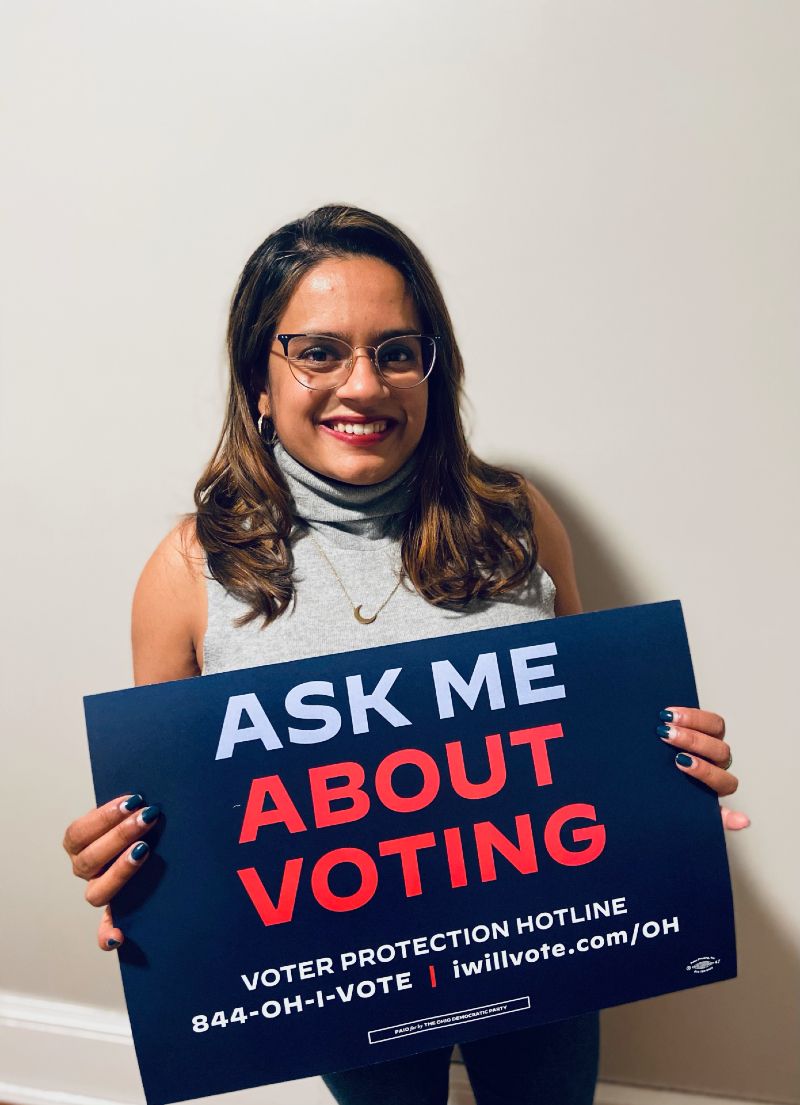 Shanita Upshaw, a hairstylist based in Queens, also sees parallels in this moment with the 2008 election.

Harris’ straddling of multiple identities also hearkens back to another part of the last Democratic White House.

“It's not just the Indian piece, but it's the fact that she's a lot like Obama,” said Khan. “She straddles so many different cultures that she starts becoming, like, the vice president of the world, so to speak.

He points out that in the way that Southeast Asians and Kenyans felt a connection to former President Obama due to his global upbringing and background, Caribbean people as well as South Indians feel a connection to Harris.

But for people like Christina Das, Harris’ victory is bigger than identity and even politics.