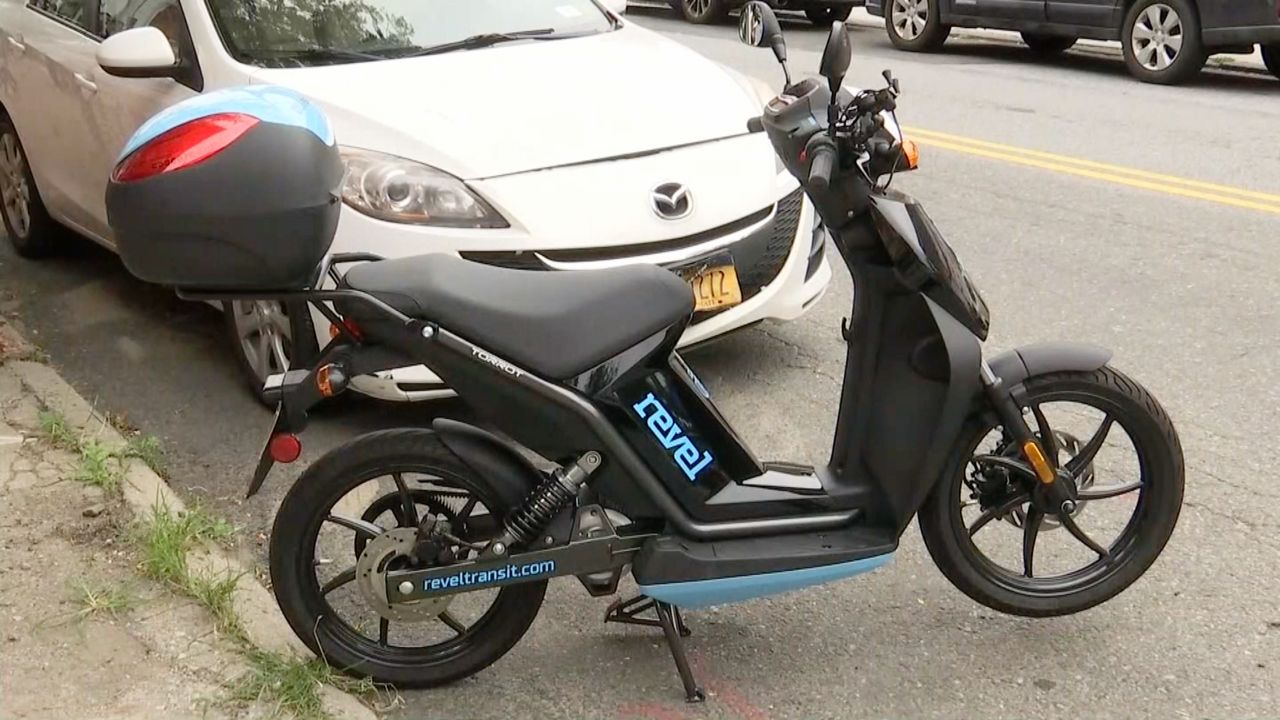 But the scooter-sharing company parked itself indefinitely Tuesday after the second death of a Revel user in 10 days.

Police said Jeremy Malave, 32, died early Tuesday when he lost control of a Revel and hit a light post in the median of Woodhaven Boulevard near 67th Road in Queens. Family and friends gathered for a brief candlelight vigil.

"What I've been very clear with Revel is that they cannot be open in this city unless they find a way to actually make this service safe," de Blasio said. "And if they don't come back with a way to make this safe, we will not allow them to reopen at all."

On July 18, Channel 2 reporter Nina Kapur was riding a Revel in Brooklyn when she fell to her death. Police said she was not wearing a helmet, as required by Revel.

After Tuesday's death, Revel Tweeted that it will "shut down until further notice. We're reviewing and strengthening our rider accountability and safety measures and communicating with City officials and we look forward to serving you again in the near future."

New York riders - starting today, NYC service will be shut down until further notice. We’re reviewing and strengthening our rider accountability and safety measures and communicating with city officials, and we look forward to serving you again in the near future.

Revel launched two years ago in Brooklyn and expanded to Queens, Manhattan, and the Bronx, allowing anyone with a driver’s license to sign up.

But NY1 reported last week that a Bronx hospital had seen a spike in moped injuries, and that at least a dozen legal cases had been brought against Revel in the city by injured riders or pedestrians.

“Revel or any moped company that would like to operate, they have to put certain things in place that will guarantee the safety of those who rent those vehicles, but also the safety of pedestrians and cyclists," Rodriguez said.

"Our expectation is that those who are operating in New York, whether it’s a preexisting or new platform, needs to make sure that they’re taking care of both the riders, but most importantly the most vulnerable street users," Harris said.

Revel tried to get reckless riders to follow the rules of the road suspending at least two thousand users earlier this month for violations this summer. Those violations include not wearing a helmet and not riding in bike lanes, parks, or on sidewalks.

Mayoral spokesman Mitch Schwartz said ”the final decision on when Revel will be allowed to resume service rests with the city - legally and morally.”