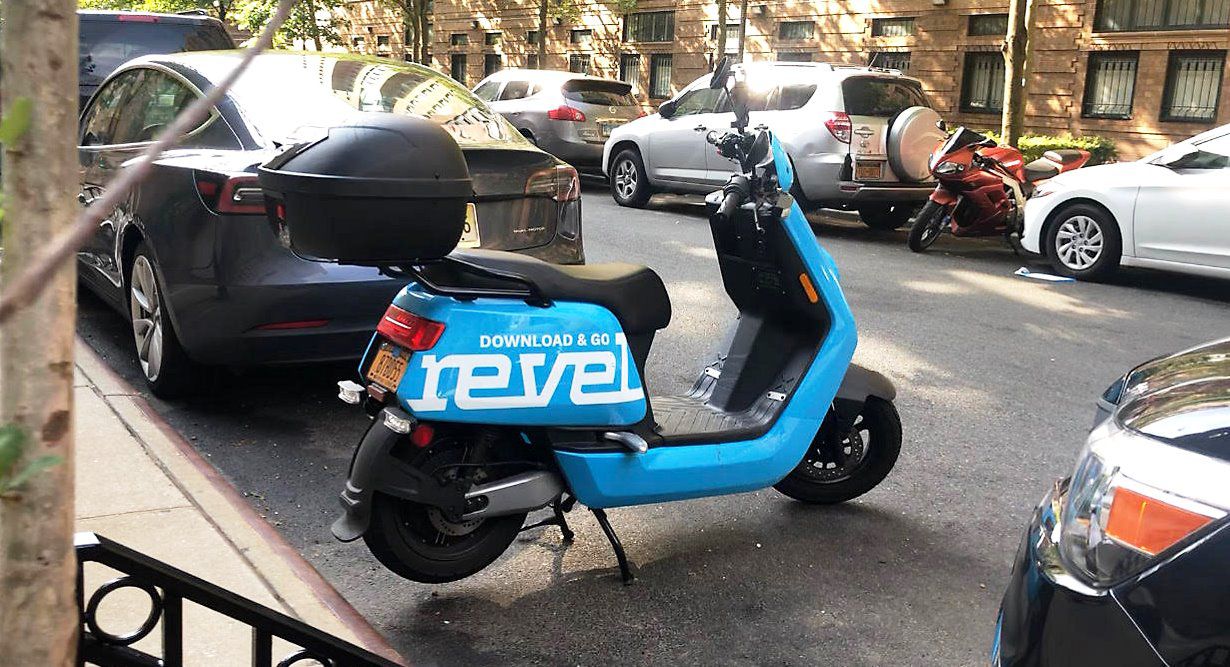 BRONX, N.Y. - Since launching in Greenpoint, Brooklyn two years ago, the Revel moped-sharing service expanded into Queens and upper Manhattan. This year, it moved into the Bronx and, when it did, emergency medicine doctors at St. Barnabas Hospital began seeing an increase in moped injuries.

“I believe the most we’ve seen in one single shift is about seven to eight accidents,” said Dr. Sarah Jamison, an attending physician in the hospital’s emergency department. “Personally, the last two shifts I’ve worked, I saw about four accidents each shift. And that was just me by myself. I’m one of three doctors who work overnights.”

“We’ve seen a range of injuries. Things as mild as or superficial as some small bumps, bruises, nothing serious. But then we also see bones that are broken and fractured, majorly broken bones. We are also seeing head injuries as well, things as severe as brain bleeds,” Jamison said.

Twenty-six year old Nina Kapur, a reporter for CBS2 New York, died Saturday when she was a passenger on a rented Revel moped in Brooklyn. There have been no previous fatalities, a Revel spokesperson says. The company did not disclose data about injuries when asked.

According to the NYPD, the scooter fell over when the driver completed a hard brake on the front wheel. The department is still investigating but says Kapur and the driver were not wearing helmets.

“Revel extends deepest sympathies to Nina Kapur’s family and loved ones for their loss,” said a company spokesperson in a statement.

Anyone 21-years-old with a valid driver’s license can start a Revel account for $5. The Revel app shows the nearest available scooter. For $1, the electric moped is reserved and it costs 35-cents per minute to ride it. Helmets are required of all riders.

An instructional video explains how to operate the moped and the company also offers free lessons, but taking them is not required.

“Patients are usually scared and also very shocked. I think because it looks like a very easy, fun and benign thing to do,” explained Jamison.

Since its launch, Revel has attracted nearly 300,000 riders in the city, according to a spokesperson, logging more than 3 million rides and 10 million miles.

The company last week suspended more than 1,000 area users for breaking the rules - and the law - by failing to wear helmets, or riding in bike lanes or on sidewalks. The company said in an email to users, “When people misuse Revel it reflects poorly on every one of us” and “puts others on the road at risk.”

“We take reports of safety violations extremely seriously, and we work closely with city officials to address any violations,” a spokesperson added in a statement to NY1. GPS technology automatically alerts the company to irresponsible riding, like traveling in the wrong direction or crossing bridges. Eye-witness accounts are also collected through Revel employees.

“We are constantly iterating and adjusting our policies to address changing conditions, and will continue to do so,” the spokesperson said.

NY1 checked with three other hospitals and none report a similar increase in moped injuries.