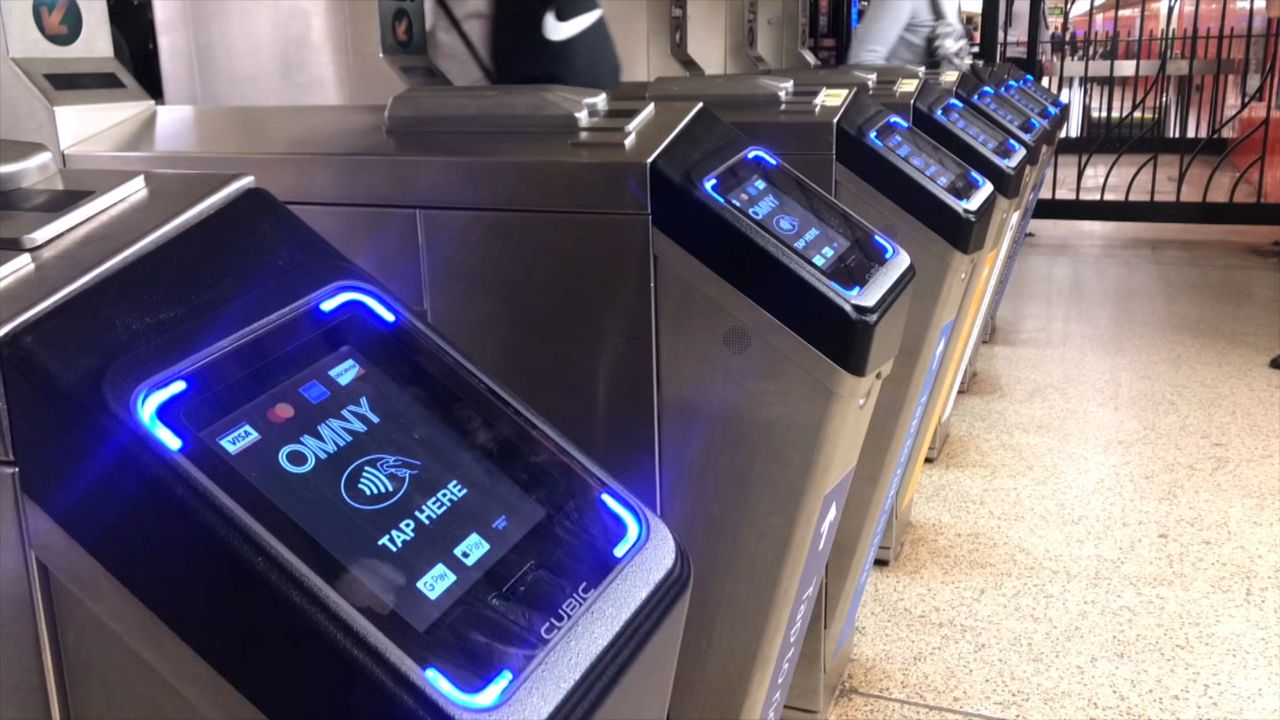 New York City Transit President Andy Byford and other transit officials tested out the OMNY system at the Manhattan station on Wednesday morning.

WHERE IS OMNY COMING NEXT?

The MTA says it's on track to have OMNY readers installed in all 85 subway stations and on all its buses by the end of this year. It's already in place at some stations in Queens and Brooklyn, and along the Staten Island Railway.

Transit officials said commuters have used OMNY over 4 million times since the limited rollout began earlier this year. They tout the OMNY tap as faster than the traditional MetroCard swipe.

HOW DOES OMNY WORK?

Commuters can tap credit or debit cards with a Wi-Fi logo, or smart devices, such as phones and watches linked to digital wallets.

The MTA says OMNY will only be available on a full-fare, pay-per-ride basis until every subway station, bus route, and the Staten Island Railway is outfitted with the new technology, meaning you'll still need a MetroCard for the 30-day or 7-day unlimited ride fare.

The MTA said it will allow commuters to purchase OMNY prepaid cards in 2021, and an OMNY app was also being developed. Officials say commuters will be able to pay for the OMNY card with cash, as well as debit and credit cards.

If all goes according to plan, in 2023, the MetroCard will be swiped into history.

The MTA initially announced the MetroCard's replacement in October 2017.

Why Transit Advocates Are Pushing to Reopen Shuttered Subway Entrances