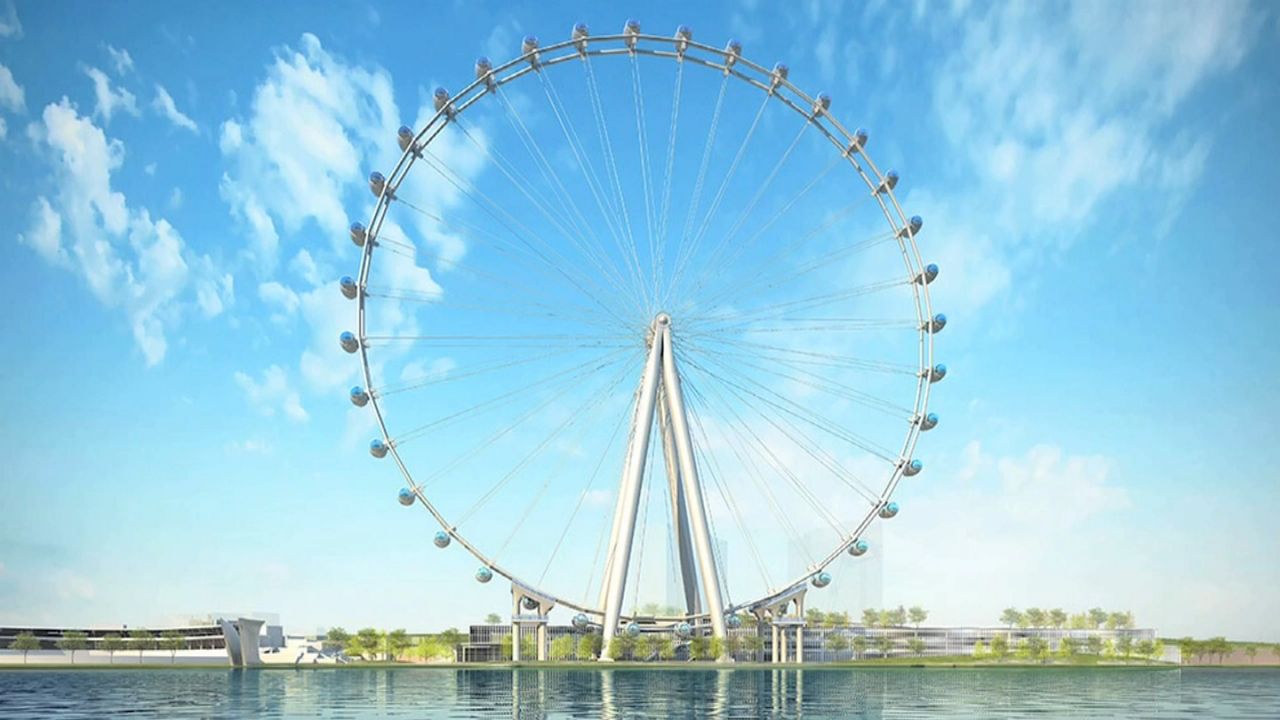 NY1 Exclusive: Failed Observation Wheel on Staten Island Could Get a Second Turn at Success

The developers of the New York Wheel killed plans to build a 630-foot observation wheel on Staten Island in October, amid skyrocketing costs and lengthy delays in getting the project completed.

But, NY1 learned Tuesday that plans are in the works to bring the project back to life.

But after years of lawsuits, delays, and galloping costs, the developer of the New York Wheel, New York Wheel LLC, abandoned the project last fall with little to show for its efforts, except the wheel's concrete base and a parking garage. (The New York Wheel projected was abandoned in 2018, but its concrete base was already built. Amanda Farinacci/NY1.)

Still, some local officials would not let the dream die:

"I'm still fighting for the viability. I do believe that there are some investors that are interested," City Councilwoman Debi Rose said back in February.

It seems the wheel's fortunes may finally be turning.

NY1 has learned that the city's Economic Development Corporation (EDC), which leased the site to the initial developer, held at least two meetings in recent weeks to explore reviving the project, and that a deal for a downsized wheel, built by a new developer, is possible in the coming weeks.

It would be closer to the size of the 443-foot London Eye than the 630-foot wheel initially envisioned, but it could use the foundation that's already been built.

The EDC did not responded to requests for comment, but Mayor Bill de Blasio last month acknowledged ongoing discussions about the site.

"EDC has been talking to elected officials and community leaders about what they'd like to see," the mayor said in an unrelated news conference in April. "I don't know if they've put out any formal requests for proposals yet, but that will certainly be coming soon."

One impetus for reviving the wheel concept: CanAm Enterprises, which represents 412 foreign investors who chipped in $206 million for the New York Wheel's construction in exchange for green cards under a federal visas-for-economic-development-program.

CanAm has said that even though its investors met the requirements to obtain green cards, it hopes to recoup their money, and a new wheel would help them do just that.

CanAm did not respond to a request for comment.

Building a wheel at the site would likely allow the project to forego the lengthy approval process that the New York Wheel went through, which means the new wheel could win city approval sooner rather than later.