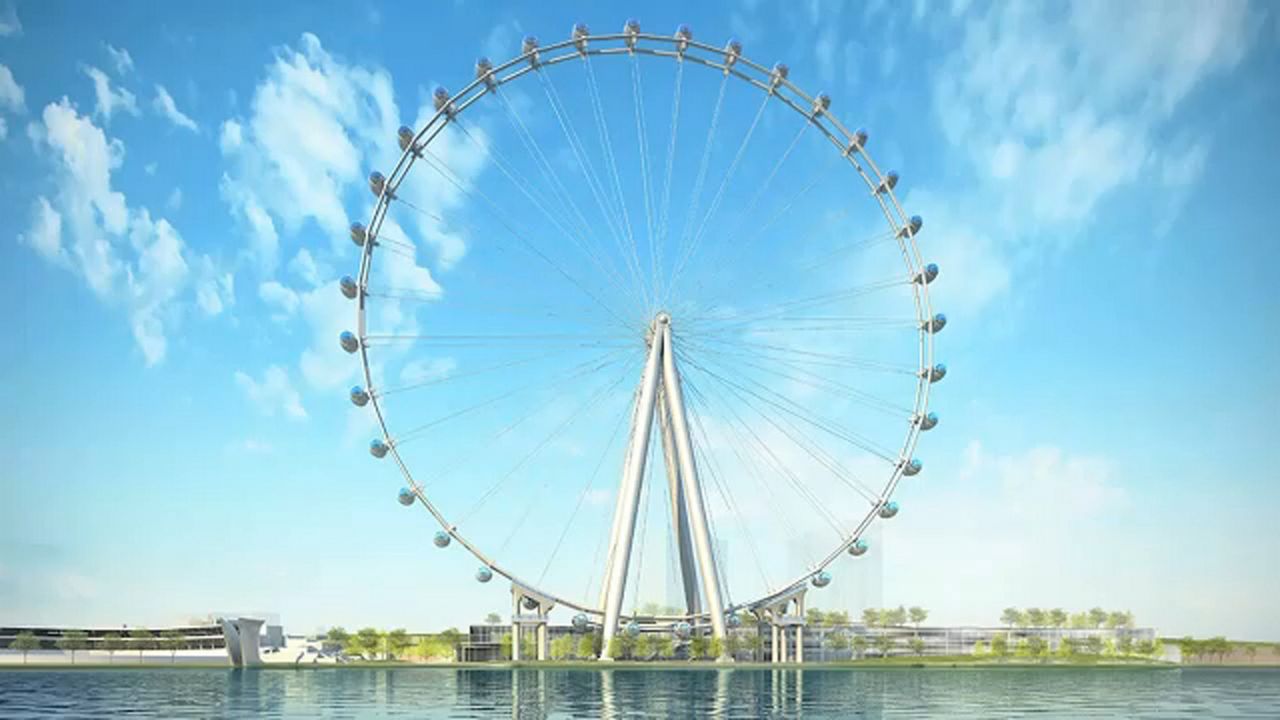 The St. George neighborhood of Staten Island was by now supposed to be the home of an international tourist destination: A towering 630-foot observation wheel on the North Shore.

But after six years and $400 million, pedestals anchored into the ground are the only signs of the troubled project.

Instead, there are increasing questions whether it will be built at all.

This summer, Mayor Bill de Blasio was asked what he could do to bring the wheel to life:

"We can try an aggressive way to get everyone back on the same page and move the effort forward," the mayor said at a July town hall.

Sources tell NY1 the developers pressed the city for $140 million in assistance, perhaps by issuing bonds.

But late-Thursday, the de Blasio administration made it clear that there would be no bailout, telling NY1 it was "clear-eyed about the risks of putting public money into an expensive, speculative project."

"Despite many recent conversations with the Wheel developer, we remain convinced that public funds are too scarce and valuable to be leveraged for this venture," an official with the New York City Economic Development Corporation added.

In July, James Patchett, the Economic Development Corporation's president, acknowledged the agency was exploring with the developer how to get the project back on track.

"I want to assure you: It is not something we are taking passively," Patchett had said.

But a source familiar with the Corporation's thinking says the agency was soured by a trail of failed observation wheel proposals around the world — from Berlin, to India, to Beijing — and by the inability of the New York Wheel's developers to obtain traditional financing on its own.

Then there was the cost. According to the Economic Development Corporation, it ballooned from $250 million when the project was proposed six years ago under the Bloomberg Administration to $999 million now. Work at the site stopped more than 16 months ago.

The contractor and the developer sued each other, then agreed in May to give themselves 120 days to settle their differences or kill the project. Last week, they gave themselves an extension until September 11.

The developers had hoped city assistance would enable them to reach that agreement.

But with the city's announcement Thursday, it's not clear how this wheel of misfortune will ever be built.