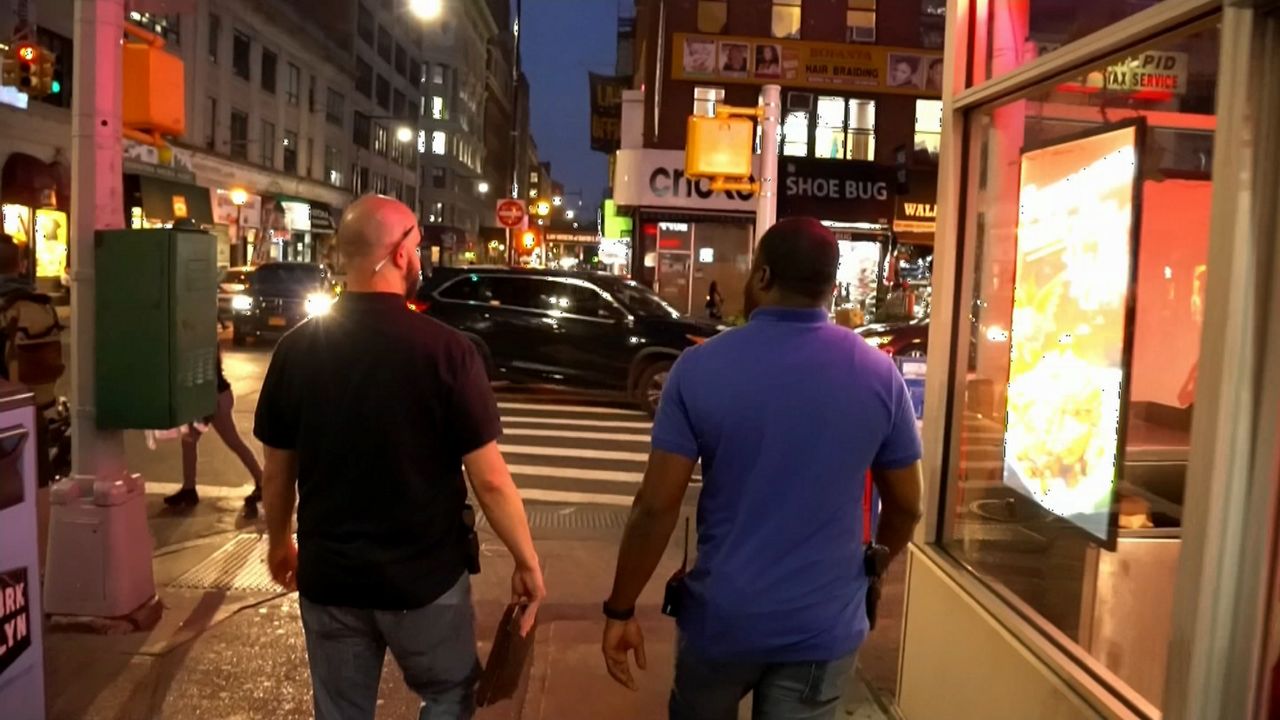 It happened in downtown Brooklyn at 3 in the afternoon: a gang fight breaks out on a busy street.

Detectives say an alleged member of the violent street gang known as the Young Savages was targeting a member of the rival 8 Trey Crips Crew just as kids were being dismissed from a nearby school. Three people were struck by bullets, all alleged gang members.

“I heard two shots,” one witness said. “And then everyone ran.”

This is the kind of work of the NYPD’s elite Gun Violence Suppression Division does. They get to the bottom of the city’s most violent crimes.

The unit investigates gang-related violence in Brooklyn, Queens, and Staten Island. It’s headquartered inside a secret location in Brooklyn. Inside, highly skilled detectives spend their days tracking some of the city's most violent gang members.

“We go after the violence makers,” Inspector Richard Green says. " ... That's who we look to arrest. If a shooting occurs, be it a fatal shooting or non-fatal shooting, it's still investigated by the local detective squad.”

The unit took down the notorious GS9 gang in Brooklyn, which included rapper Bobby Schmurda.

“We'll look at it at a much larger scope,” Green said. “Why did this violence occur? Is it in retaliation to other violence?”

Back on Willoboughy Street where the shooting occurred, investigators interview witnesses.

Detective Cutler and his partner Sergeant Calvin Ferguson hit up local businesses in search of clues.

They canvas several stores, looking for surveillance before heading into the subway to call it a night.

“That coffee shop next door has a camera pointing directly down at the subway entrance,” Detective Cutler says. “We gotta come back in the morning anyway; I’ll check that in the morning.”

The investigation is just getting started.