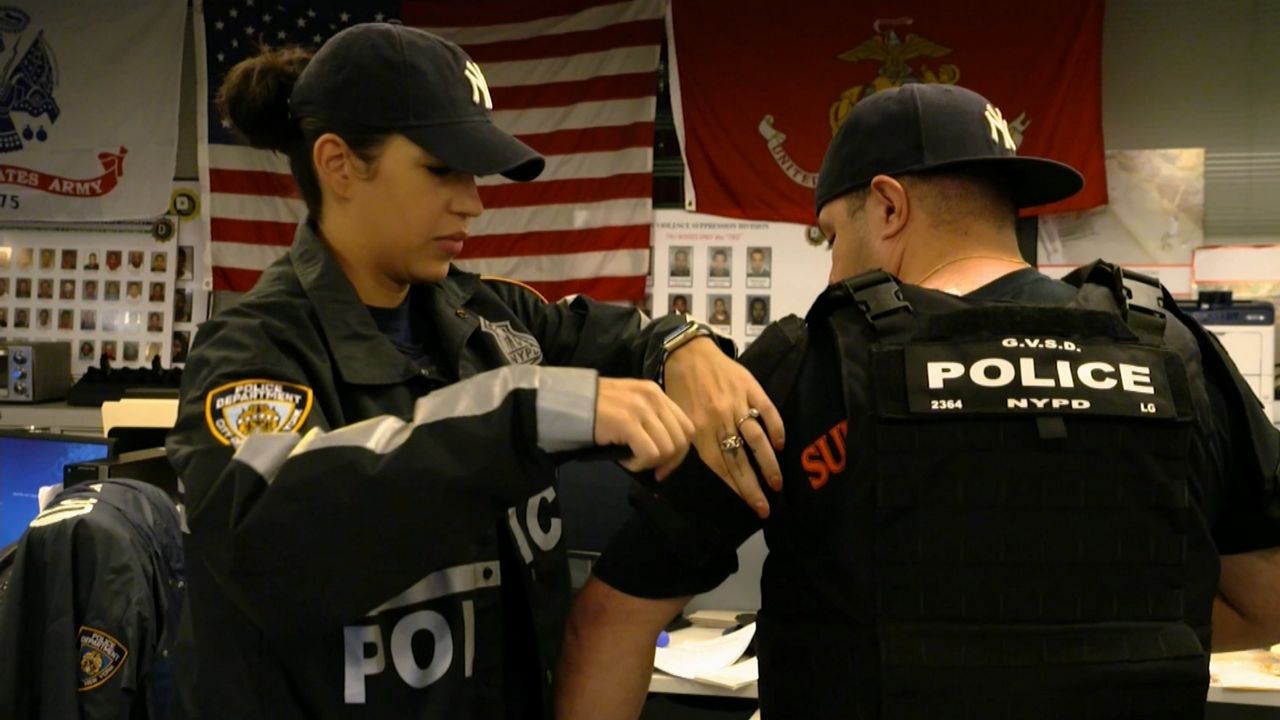 Inside an NYPD Raid to Catch a Gang Shooting Suspect

Detectives are preparing a search warrant on the home of the suspect, wanted in a Brooklyn gang shooting three days earlier.

"This is a three-story brownstone; the father owns the entire building. When we make entry just be mindful that there could be other people in there," said NYPD Lieutenant Richard Zacarese.

"Last year the assistant field intelligence officer had chased a bunch of Young Savages members into this first floor apartment. So as much as it's owned by the family, if the first floor is his, it could be hanging out for YS members," said Zacarese.

"The goal is to be able to execute a positive search warrant for clothing, the firearm, and of course the subject," said Detective Jason Cuttler.

The case began three days earlier and began to take a toll on the detectives almost immediately.

"I got to work yesterday at 11:15 and I haven't gone home since," said Cuttler as he prepared for the pre-dawn raid.

Members of the gun violence suppression division executed a search warrant on the suspect's home in Prospect Lefferts Gardens, the suspect was not home. What they did find was a key piece of evidence.

"We recovered some ammunition, some narcotics, and some sneakers that we believe that the shooter was wearing at the time of the incident. Unfortunately the perpetrator, the shooter wasn't at the location," said Cuttler.

Police raids are often a game of chance, making it difficult to determine if the subject is home.

"It's always a possibility, but we have other addresses, other locations for him and hopefully by the end of either today or tomorrow we'll have him in custody," said Cuttler.

The suspect, Danny Victor, was arrested by the warrant squad on October 11th, according to a criminal complaint. He was indicted by a grand jury on attempted murder and weapons possession charges in November.