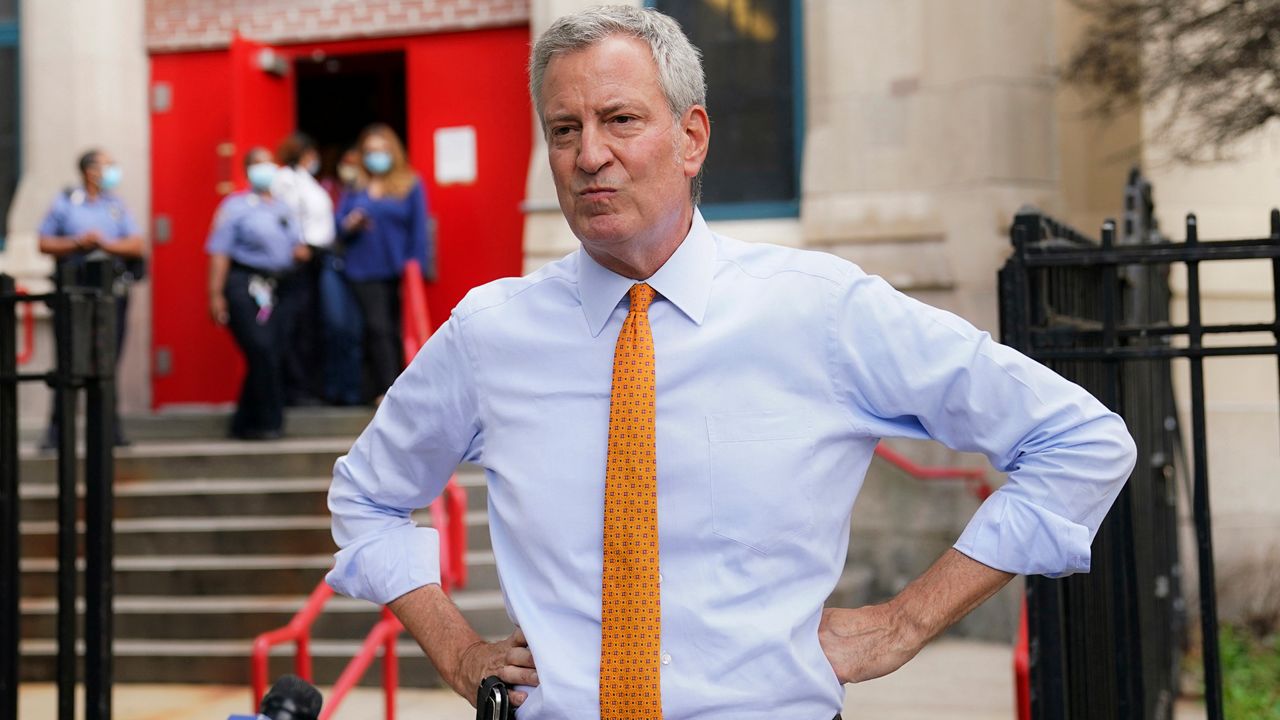 Mayor Bill de Blasio has faced much criticism over whether, when, and how to safely reopen the city’s public schools in the midst of the COVID-19 crisis.

So much so that an exclusive Spectrum News/Ipsos Poll finds 61% of city residents believe Governor Andrew Cuomo and the state Department of Education should take over management of New York City schools from de Blasio and the local Education Department. Twenty-two percent disagree. Cuomo has leaned hard on the city, criticizing the mayor’s reopening plan over the summer.

“I am disappointed that New York City didn't have their plan on time because that is one of the main districts where there is a lot of discussion and dialogue," he said on an August 1 conference call. "And until there is a plan, people are not going to feel that there is an informed dialogue.”

In the city, 58% approve of how Cuomo has handled plans for sending children back to school, while 34% disapprove. New Yorkers' rating of de Blasio’s job on schools is negative. Fifty-one percent disapprove of how the mayor handled students’ return this fall, while 41% approve. “One thing we’re seeing is that New Yorkers sort of view Cuomo a little bit better than they view de Blasio," said Chris Jackson, senior vice president with  Ipsos. "So all things being equal, Cuomo gets a little bit more benefit of the doubt on a lot of issues, I think, including schools and education.”

The start date for part-time, in-person instruction was delayed twice.

De Blasio was often at odds with the teachers' and principals' unions over whether the proper health and safety precautions were in place.

In-person school finally began for all grades on October 1.

The very tail end of the poll sampling came amid reporting that initial testing data showed a low number of COVID-19-positive results in schools.

“So now, after we've had testing in hundreds of schools, 16,000-plus test results have come back, only 28 students and staff have tested positive in our entire school system after more than 16,000 test results have come back," de Blasio said at a news conference Wednesday. "That is a positivity rate of 0.17 percent. This is really extraordinary. ”

The online poll of 850 city residents was conducted between October 7 and October 19. Its results are +/- 3.8 percentage points. The results of the question on whether the state should take over city schools are +/- 5.3 percentage points.