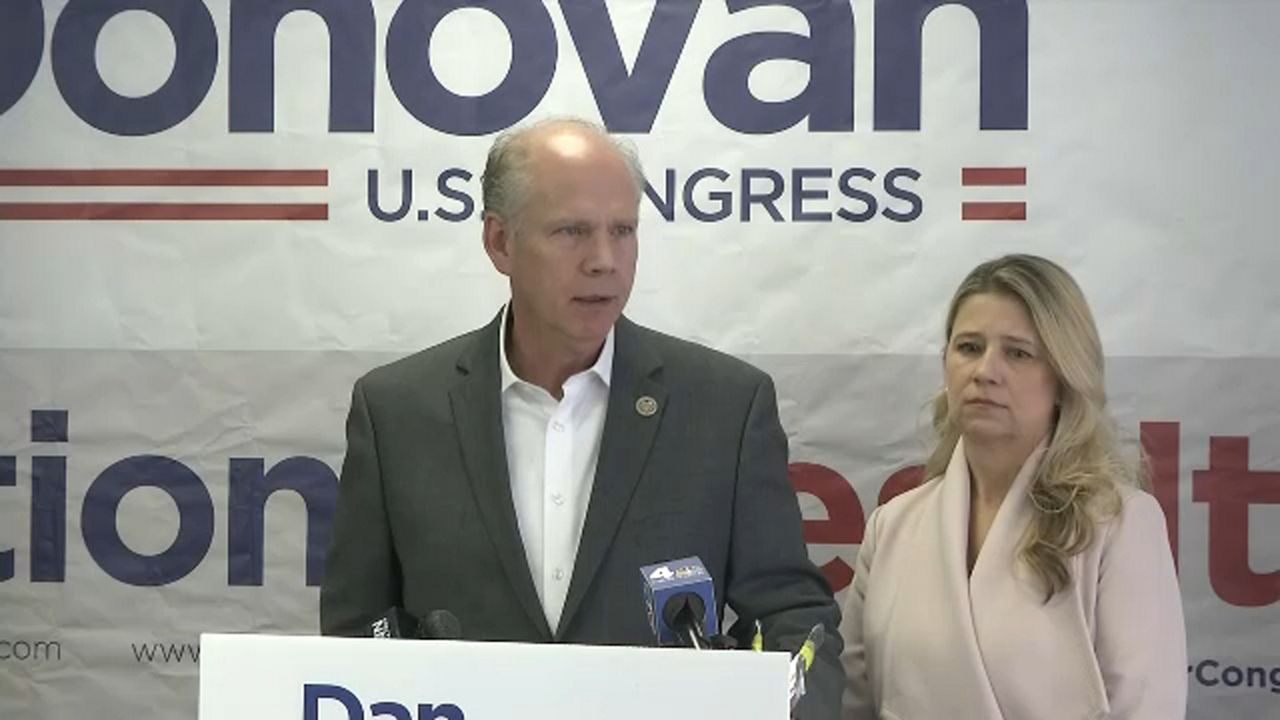 It was December 2015, shortly after Dan Donovan was sworn in as Staten Island's new congressman.

Timothy O'Connell, the son of Donovan's longtime girlfriend, had been arrested, sent to the 122nd Precinct, and charged with heroin possession.

He was given what's known as a Desk Appearance Ticket and sent on his way.

The incident has now caught the congressman in controversy.

"To use our family and the addictions that so many people are going through with their own families for political gain is disgusting, outrageous, and the public should know about it," Donovan said at a press conference Monday.

On Sunday, a damaging headline, "Congressman allegedly used position to get baby mama's son out of heroin bust," appeared in the New York Post.

An anonymous complaint has been filed with the Office of Congressional Ethics, claiming Donovan visited the precinct and used his position to illegally request that officers issue O'Connell a Desk Appearance Ticket instead of so-called normal arrest protocols.

Donovan: I never went to the 122 precinct that night.

Reporter: Did you make any phone calls?

Donovan: I didn't make any phone calls. I didn't know Tim was arrested until after he was released.

O'Connell's case was dismissed, and the records are now sealed.

We did review a copy of the police report from that night, which says O'Connell did not make any phone calls while he was in custody.

The congressman, who was the district attorney of Staten Island before he was elected to Congress, says he had nothing to do with the case and says a Desk Ticket is standard operating procedure for this type of crime. He claims the controversy is dirty politics.

"I am asking my opponent to denounce this. I am asking him to come forward and tell us whether he had anything to do with it," Donovan said.

"I condemn the fact that he is standing with reelection signs and bringing his girlfriend to talk about their own personal issues with their family in the context of a campaign setting. I think that, in it of itself, speaks volumes about where Dan is going with this. Dan is losing the race because he has a deplorable record in Congress," said Michael Grimm, Donovan's Republican primary opponent and the former congressman for the district.

Grimm said he has nothing to do with the allegations made against his opponent:

Gross: Did your campaign file a complaint?

Grimm: I didn't file this complaint, absolutely not.

Gross: Did your campaign?

Grimm: Not that I know of, no.

Gross: Do you know who filed the complaint?

Donovan has said he would release his phone records and schedule to prove he was nowhere near the 122nd Precinct that night in December of 2015.

An officer at the precinct told me it is quite usual to issue a Desk Appearance Ticket if someone does not have a warrant out for their arrest or has never been arrested.