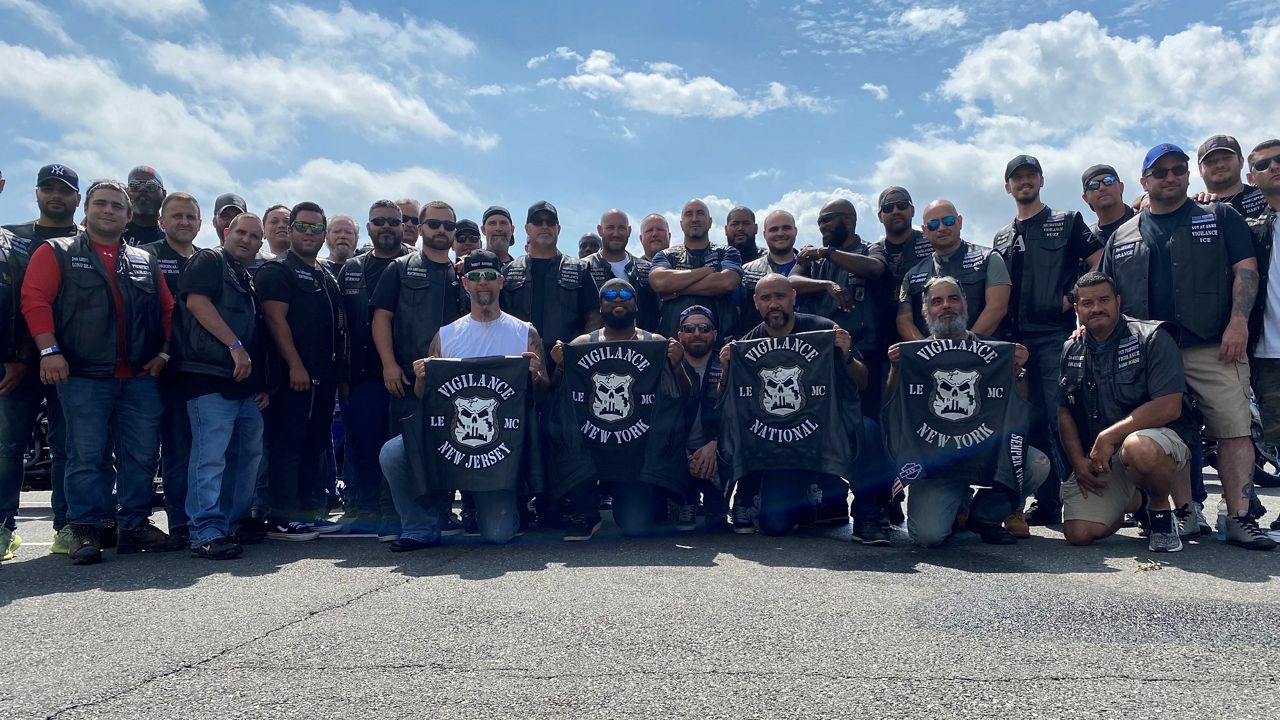 NEW YORK — Saluting the flag amongst a sea of motorcycles to honor their fallen brother in blue.

In 2007, Detective Russel Timoshenko died while responding to a car robbery. For the last 12 years, members of law enforcement and family have honored him with a motorcycle ride.

“He was a great person with a big heart who loves to have fun, who loves his friends, who loves his family. He was very honest, and I’m very proud of him," said Tatyana Timoshenko, Russel’s mother.

More than 100 bikes showed up Sunday to honor Timoshenko.

For his parents, this day means everything.

“Those events light up our lives because without you guys, it's going to be very hard and very difficult because Russell was only a child and because of you, we are still going on. Our lives are still going on," Tatyana Timoshenko said.

“To see the smiles on the families' faces, to let them know that 14 years later, people are still thinking about their baby boy, this is one of the greatest days they look forward to all year long," said Joseph Imperatrice, founder of Blue Lives Matter NYC.

The group started on Father Capodanno Boulevard. They then rode into Brooklyn to pass by where Russel worked in the 71st Precinct. The ride ends on Staten Island to pass the cemetery, Russel’s parents’ house and where Russel went to high school, Tottenville High School.

This year, Vigilance Law Enforcement Motorcycle Club partnered up with Blue Lives Matter NYC for the ride. It comes at a time of increased discussion around policing in the United States.

“In today's climate, people don’t appreciate us very much, and there are good cops out there and we do care about the community. We do care about the elderly person that just wants to go to the store and doesn’t want to get attacked,” said Sergeant Osvaldo Rosado. “It’s important that people realize that we don’t always just put on a uniform and get in a car and answer radio runs. We also do extra stuff on the side to help out the community and to remember our former members that have paid the ultimate sacrifice.”

Before heading out, riders chanted Russel’s name. They do that to honor officers that died in the line of duty, a way to remember those who paid the ultimate sacrifice.