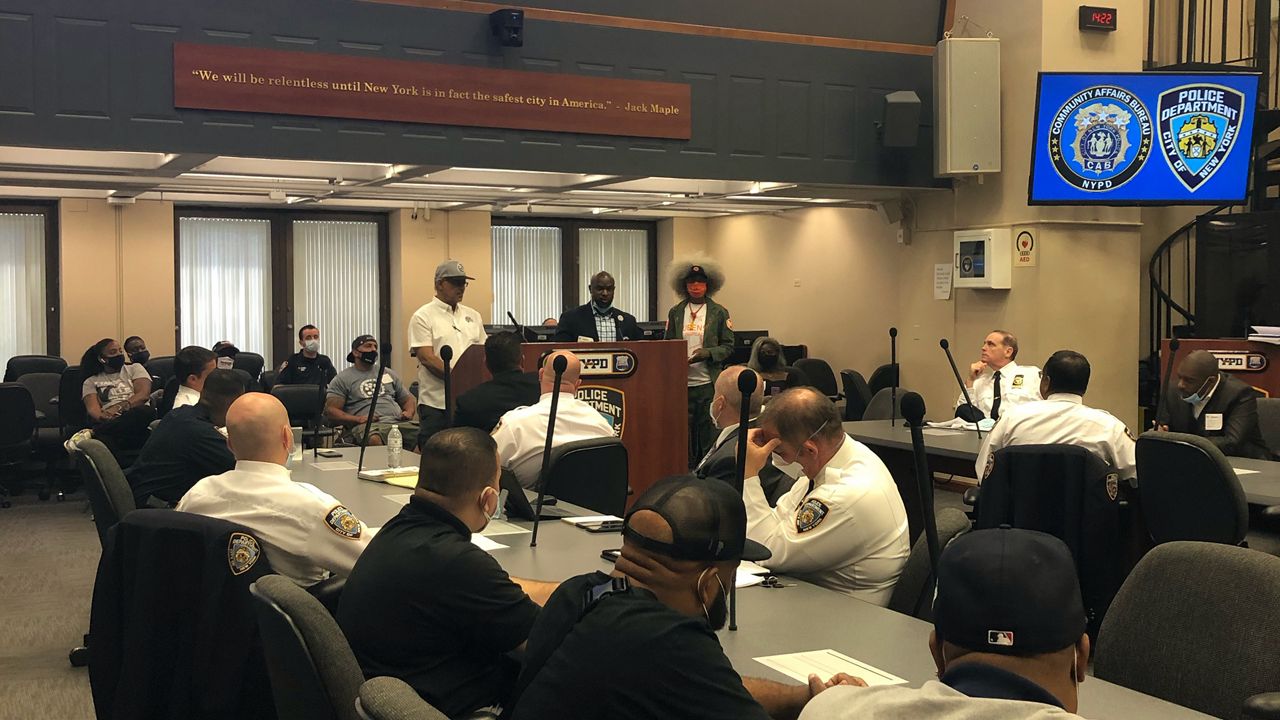 Amid an alarming spike in murders and gun violence, top NYPD officials held a historic, first-of-its-kind sitdown at Police Headquarters with leaders of the city's crisis management system and cure violence groups.

The cure violence organizations are staffed by people from the communities they serve who try to stop violence before it erupts. They make up the city's crisis management system and receive public funding but traditionally work apart from the police.

Thursday's meeting was a sort of CompStat for the cure violence organizations. CompStat is how the NYPD strategizes on fighting crime, and the meeting was held in the CompStat room.

But while they discussed what's going on in certain neighborhoods, they said they would not talk about specific individuals involved in crimes. And both sides made it clear the the groups and violence interrupters do not work for the NYPD.

"A lot of people are like you are snitching, you work with the police. No we are not," said Erica Ford, founder of Life Camp, Inc. "We are working together to get to the methods that we can use collectively to reduce violence to save lives in New York City."

Terrence Monahan, chief of department said, "We know the violence interrupters, the people out on the street, need to keep their anonymity out on the street. They can not ever be seen as working hand in hand with police on individuals because they're not."

The people at the meeting said it was about figuring out which communities are having the most violence and what can be done to stop it.

"I don't want them to do anything that may put them in harm's way. Their role is to go out there and talk and be credible messengers," said Chief Jeffrey Maddrey, head of the NYPD's Community Affairs Bureau. "We want them to get to the young people first so they don't have to come to us."

The cure violence groups said that's their goal as well, to prevent people from hurting others and ending up behind bars.

"We have a reach, you need our reach, we are happy to give our reach," said David Caba of Bronx Rises Against Gun Violence. "We are here to work together."

The crisis management system's cure violence groups say they have worked for years to get this sort of access and credibility with the NYPD, a connection they believe can help reduce the violence as well as cases of police misconduct in their communities.