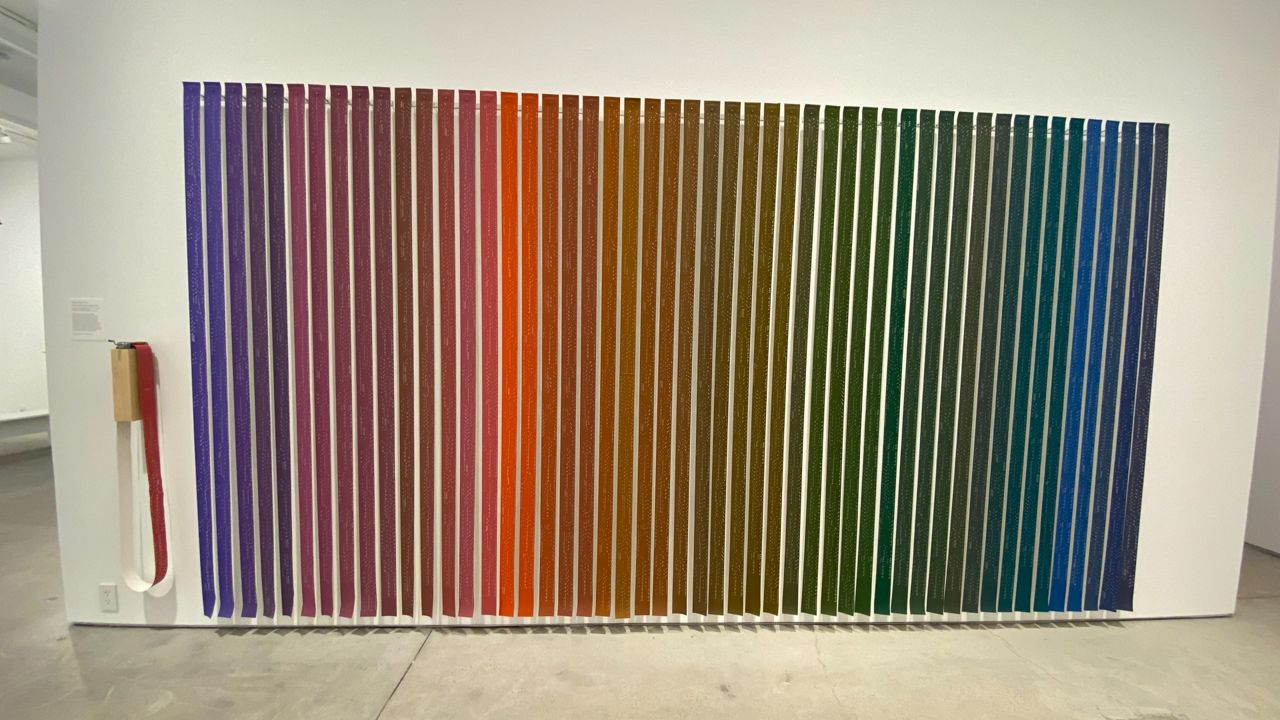 There is a connection between print and sound. The proof is in a perforated printed sheet that can be played in a music box, made by artist Annesas Appel.

It's part of Appel's work "Metamorphosis Music Notation," which is on display at the new Print Center New York space on West 24th Street in Chelsea at its inaugural show, "Visual Record: The Materiality of Sound in Print."

"On a very basic level, a record is essentially an engraving. It's etched lines in a piece of plastic," exhibition curator Elleree Erdos said.


The street-level location starts a new era for the more than 20-year-old nonprofit exhibition space. It's a departure from its old fifth-floor space a few blocks away. The new place is more than twice the size, with three times the space for hanging items on walls.

"Other exhibitions, we are going to put up temporary walls. This one takes advantage of the openness, because there are so many large pieces," the center's executive director, Judy Hecker, said. 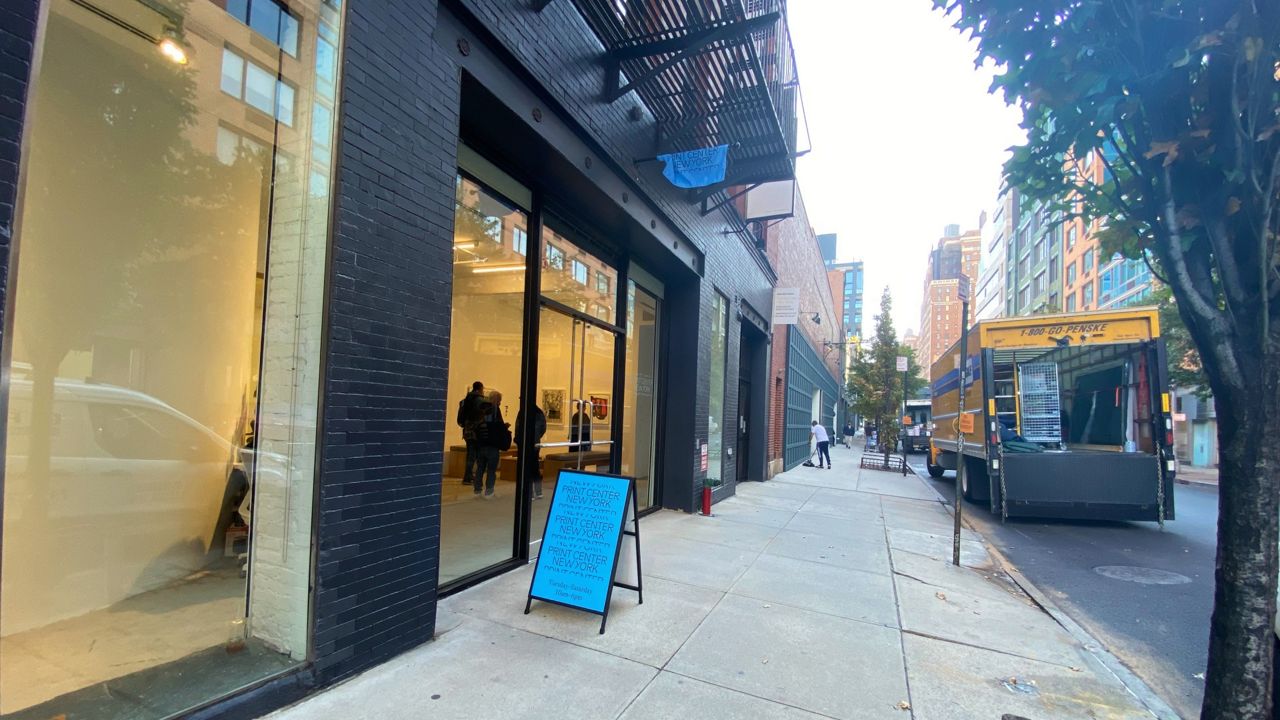 One example: large speakers printed with copper paper from artist Jess Rowland. It's all about printmaking, which is the process of making works on paper that exist in more than one copy.

"They use and take advantage of many different techniques and processes that are available, from the computer to etching to centuries-old woodcutting to silk screening, and many, many more ways of making these objects," Hecker said. 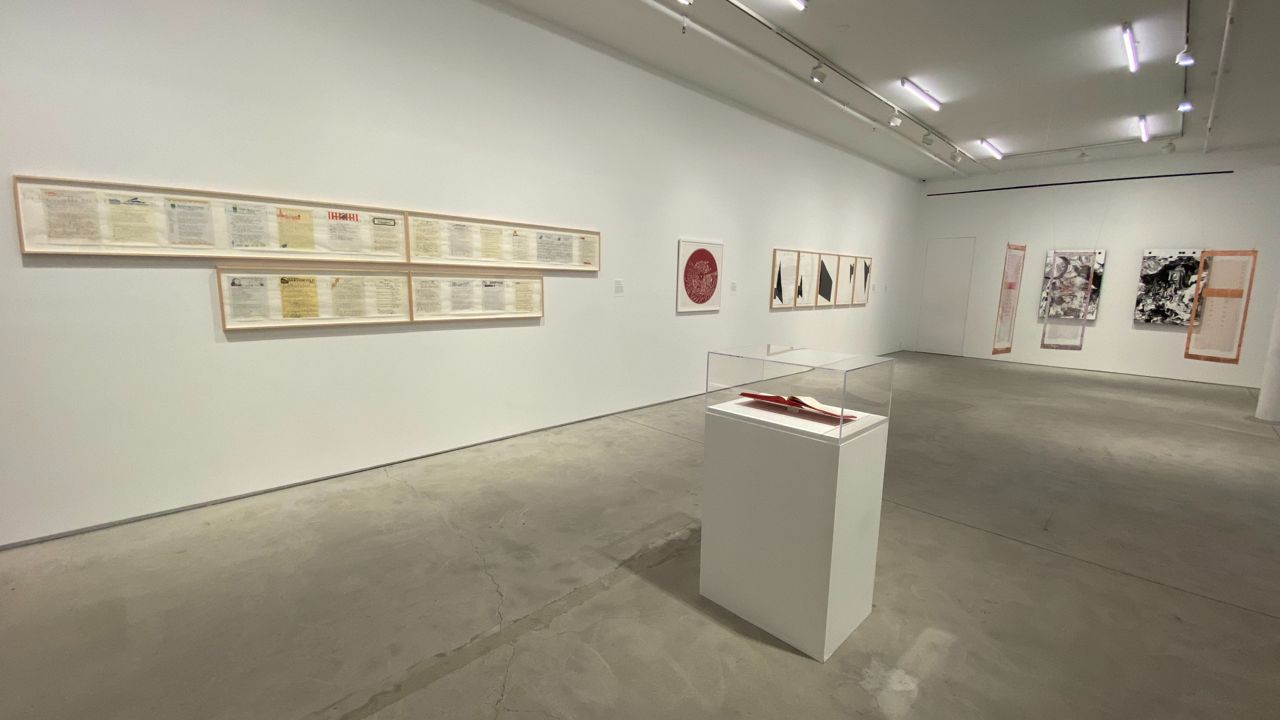 In addition to exhibitions, the new Print Center space will host all types of events, including educational programing, and admission is free. There's a lot to learn about print at the space. Or in the case of the opening exhibition, a lot to hear.

"There are vibrations that come through these works, and there's physicality in the making of a print as well," Erdos said.