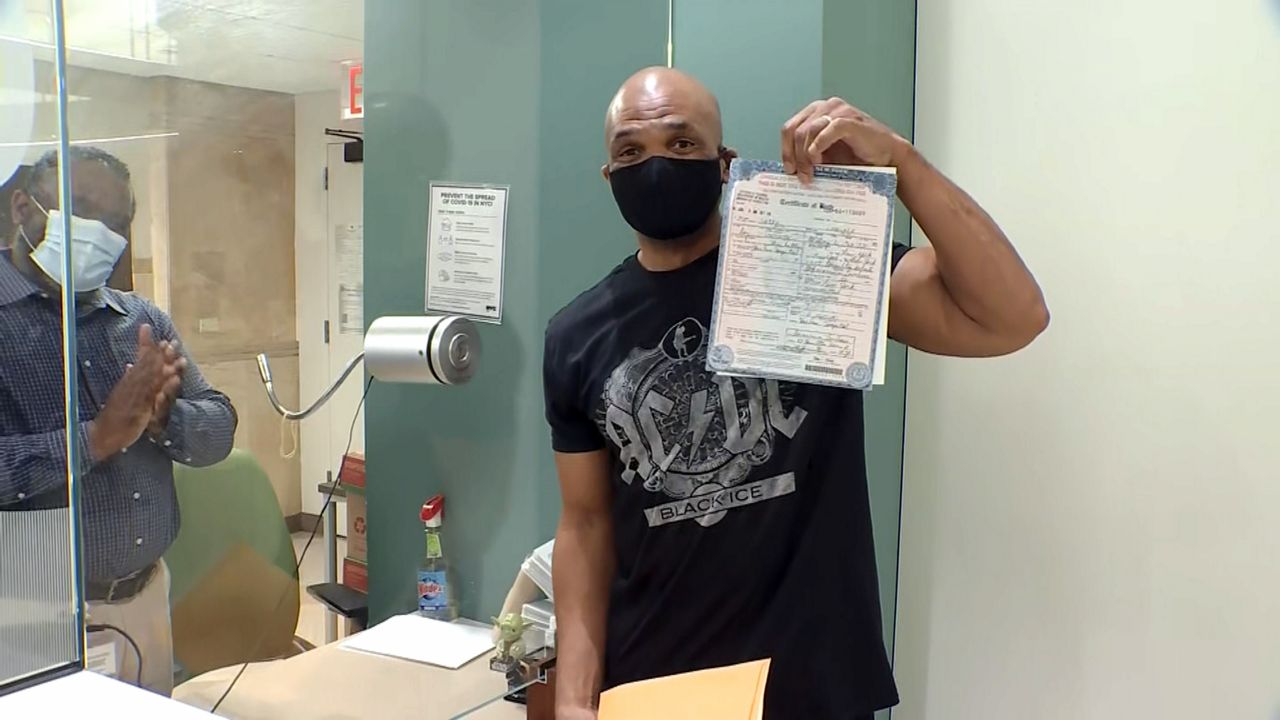 QUEENS, N.Y. — This is the first time Darryl McDaniels has been able to get his unsealed, pre-adoption birth certificate from the city's vital records office.

"This is the honest to goodness truth about the beginning of my existence," said McDaniels.

The missing chapter of his life is now in his hands. It's a story the Queens native figured he knew after scaling the heights of superstardom and success as "DMC" of Run DMC, but it wasn't until he was 35 that he found out he was adopted.

"I thought everything began in Hollis" said McDaniels, recounting lyrics he wrote from classic Run DMC records. "DMC from Hollis, Queens, I went to St. John's University, son of Byford, brother of Al, Banna's my mother and Run's my pal."

But, according to his birth records, he was actually born in Harlem — information he wasn't privy to until lawmakers reversed a law that kept pre-adoption records private.

"Adoption is great but we was involved in a transaction we had no say in. It's done to protect the kids but they forget the kid got to grow up, so now I'm dealing with all those emotions and feelings," said McDaniels.

Since the 1930's, a state law kept pre-adoption birth records sealed, in part, advocates say, to protect the parents. That changed last year.

"The new law has enabled families to be reunited, people have discovered that they have siblings that they didn't know existed," said State Assemblymember David Weprin.

Weprin and Advocates like Cathi Swett of New York Adoptee Equality say reversing that law was a human rights issue.

"The birth records should never be sealed in the first place" said Swett.  "My birth and my birth record should be part of New York city history the way every other citizen's is."

McDaniels remembers the hurt he felt when he was initially denied his birth records and now says like everyone else, his story is his and his alone to own.

"Every single part about that is ours and nobody should control how that story is told," said McDaniels, who is now hoping to write a new chapter as an advocate for adult adoptees  to let them know they're not alone.

"This whole story let me know that the king of rock, the DMC, my Adidas wearing, telling the world to walk this way was just the set up for what I was really put here to do," said McDaniels. "And I'm here to just let everybody know regardless of the struggles that we all go through, there is a light at the end of the tunnel."