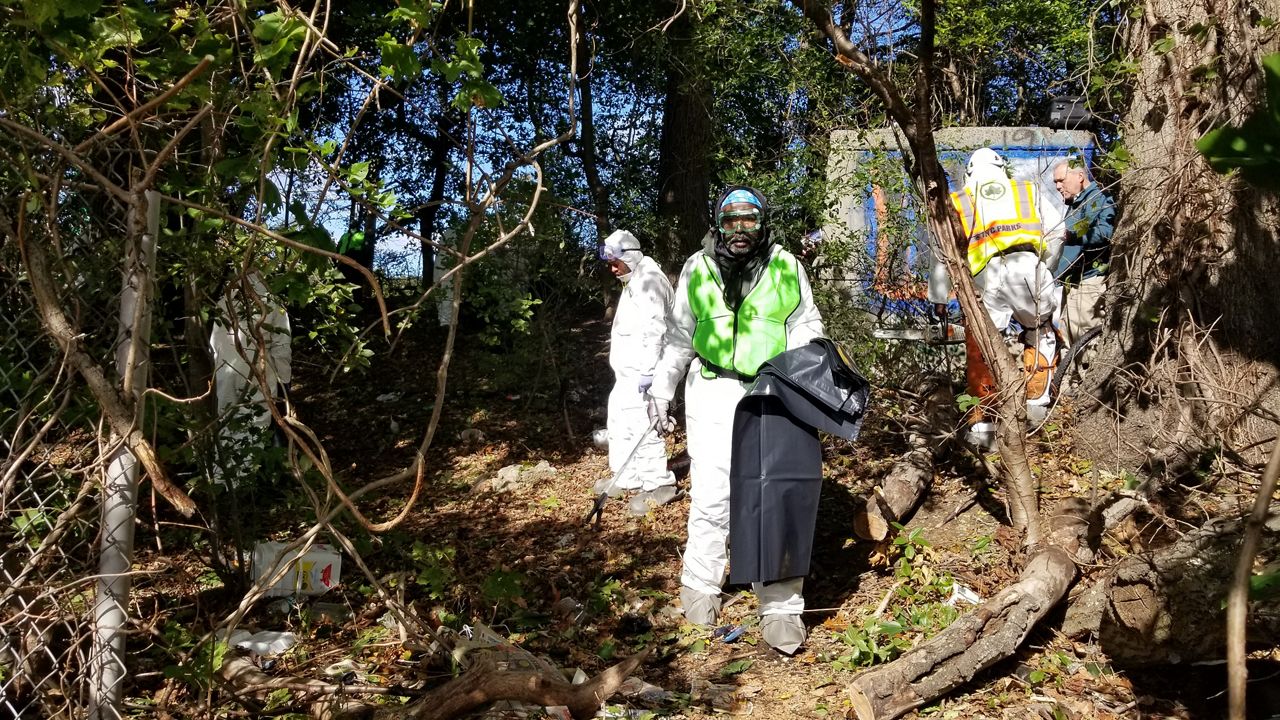 A wooded area off the Grand Central Parkway was once known as the "Parkside Hill Community Garden." But it's been a long time since residents planted anything there.

"Honestly, this has been a dumping ground for quite some time," Swarovski Beaumont said at the location. This week, one resident, who asked that we not identify her, noticed something new.

"They're building a tiny home on city property," the resident said.

A @NY1 exclusive: Two men began constructing their own well-crafted shelter in the thicket off the GCP this week. Concerned neighbors say the area used to be a community garden but became a homeless encampment and dumping ground over the years pic.twitter.com/j913aHlriK

We saw the construction from a distance: The resident said it was clear the men were skilled craftsmen and knew what they were doing.

"They definitely have a power saw and a power drill," she said. "They have already built flooring, and started to build insulation."

When we returned two days later, after asking the city parks department about the encampment, the city had stepped in.

The city's response included dozens of workers in protective clothing. An official, who declined to be identified, said one of the men was taken to a shelter, but that the other refused services an outreach team offered.

"This story is pretty incredible, that people are opting to build their own housing in a city where we are one of the richest places on earth," said Paulette Soltani, of VOCAL-NY.

The mayor's officer told NY1, "The Mayor has been clear — we will not tolerate encampments.  Our outreach teams have met with these individuals, offered them services, and are working to connect them with further resources."

The spokesperson added that outreach teams have taken more than 2,200 homeless people off the streets since the launch of the HOME-STAT program.

About 65,000 sleep in shelters every night. The government estimates that 4,000 more choose to live on the streets, like the two men who had been living in the Parkside Hill Community Garden.

"You're just in danger from the elements, from other people. People are struggling with a lot of mental health issues, a lot of substance abuse issues," Soltani said. "These are things we have to confront when dealing with the homelessness crisis."

The neighbor says she's glad the site is now cleared and hopes the homeless get the help they need.