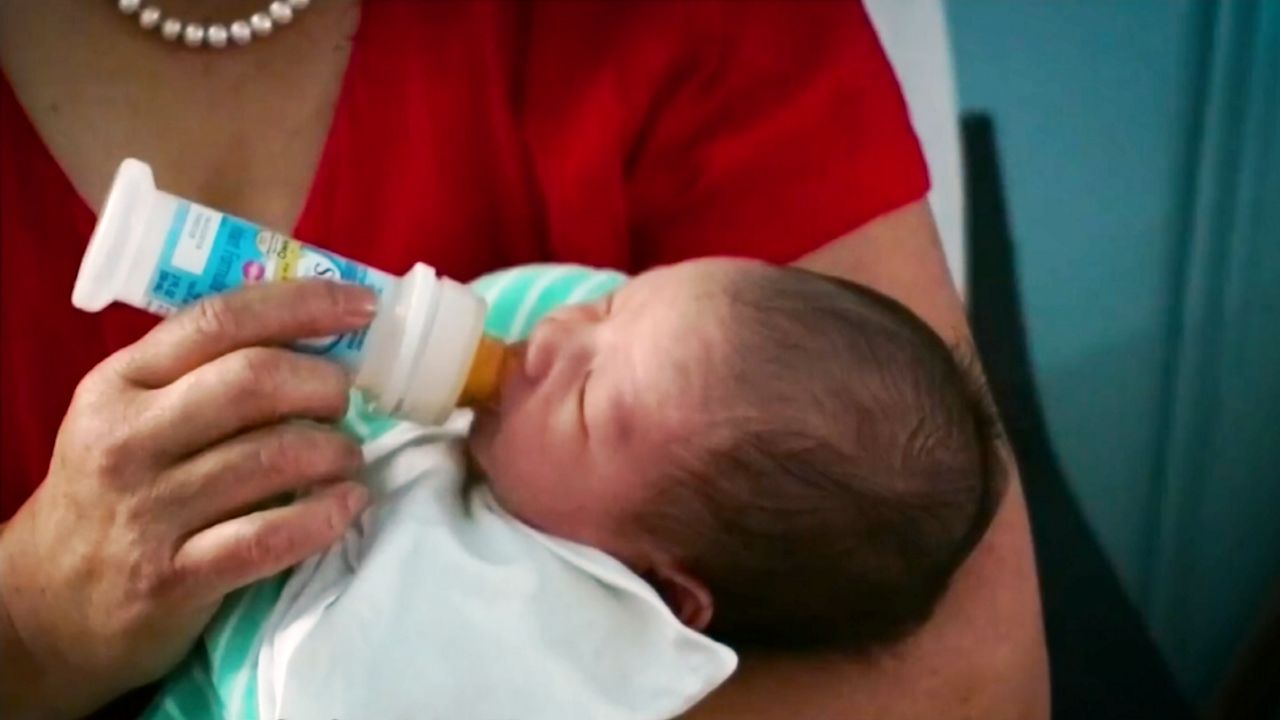 How 'Maternity Hotels' Attract Soon-to-Be Moms Outside the U.S.

An infomercial on YouTube features a Queens business called the Shu'An that cares for newborns and their mothers. The intended audience: women in China and Chinese women already in New York having children.

The Shu'An recently closed, but its owner says she can be hired to provide services one on one.

The Shu'An's video is still online, providing a rare inside look at a phenomenon that endures: maternity hotels in Queens for women observing a Chinese custom, spending the month after childbirth resting and recuperating.

Some of the women travel from China with the sole purpose of giving birth here so the infants can become U.S. citizens, a practice known as birth tourism.

"I think LA was one of the first cities that started cracking down on these facilities because it was so unsafe. But now because of that, it's spawned a new market in places like Long Island and Queens," said Assemblyman Ron Kim, who represents the area.

President Donald Trump calls birthright citizenship "ridiculous" and says he wants to outlaw it. But the 14th Amendment guarantees that all babies born on U.S. soil are American citizens.

Women from a range of countries engage in birth tourism, in part to give their children a better shot at a U.S. college education.

The practice is so familiar in China, it is the storyline of a hit Chinese movie: "Finding Mr. Right."

Some Queens maternity hotels market to birth tourists. An online ad by Ping An Jia Yuan Family Care on 136th Street boasts of having a "representative" in China who "can visit you in person to explain everything in detail." And for an extra fee, "We prepare our clients...to…train you how to do the visa interviews."

The Shu'An infomercial features a woman sharing her fears about giving birth so far from home.

"When I was in the country, I always thought about how far I would be away from my families, how much I would miss them and my life here might not be easy. But after I came here, I feel so much family love here," said the client.

Many of the online ads boast proximity to local hospitals. But Flushing Hospital tells us it considers maternity hotels "an unsafe environment for expecting mothers and their babies."

An official at city-run Health and Hospitals/Elmhurst also questions the quality of care.

"There's a financial incentive for them that always clouds the picture," said Dr. Andrew Ditchik,  the associate director of Obstetrics and Gynecology at Health and Hospitals/Elmhurst.

The maternity hotels typically charge thousands to tens of thousands of dollars. But their fees do not cover hospital charges, which are left to the new mothers.

It is not illegal to come to the U.S. to have a baby, but it is illegal to lie about the purpose of a visit, and U.S. Customs and Borders officers can deny a pregnant woman entry if they believe she cannot pay for her medical care, a concern to some potential birth tourists.

"Expected to go to New York for birth in March," a woman wrote in an online forum in October 2016. "Does New York have a tight control now?"

"It’s not strict," another woman replies. "The Customs did not notice my big stomach."

In online forums, some women ask about how to apply for the so-called 'white card" - state ID necessary to obtain Medicaid benefits. Other posters warn that taking aid could harm any future application for U.S. citizenship.

It is not clear how often birth tourists skip out on their hospital bills. Charges not paid at Elmhurst Hospital likely would be picked up by taxpayers because the hospital is owned by the city. The hospital tells us it does not know how many birth tourists it serves because it never asks patients about their immigration status or ability to pay.