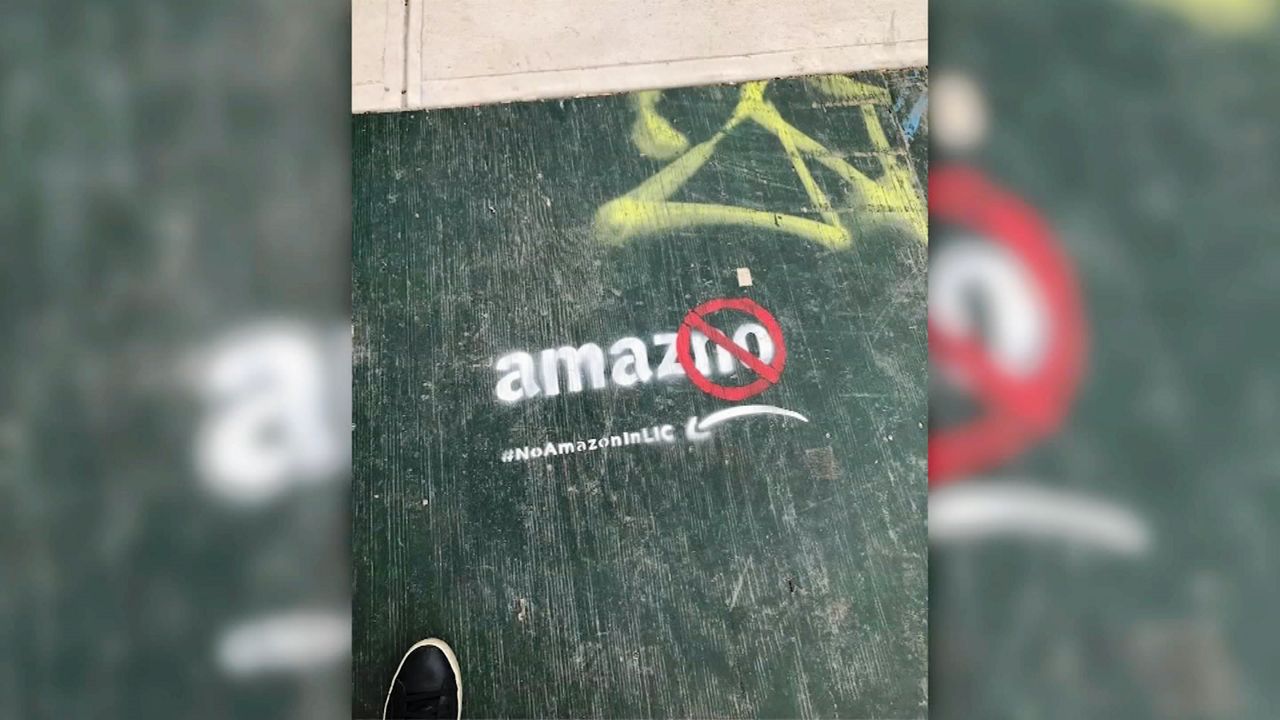 QUEENS, N.Y. - Amazon's HQ2 coming to Long Island City is not sitting well with some residents.

Graffiti is popping up around the neighborhood, showing the word "Amaz-No" and the hashtag "No Amazon in LIC".

This comes a little more than a week after Amazon agreed to move half of its second headquarters to Queens.

The project is supposed to cost billions of dollars and create up to 40,000 new jobs in the city.

However, Amazon is receiving several incentives, causing local activists and politicians to denounce the plan.