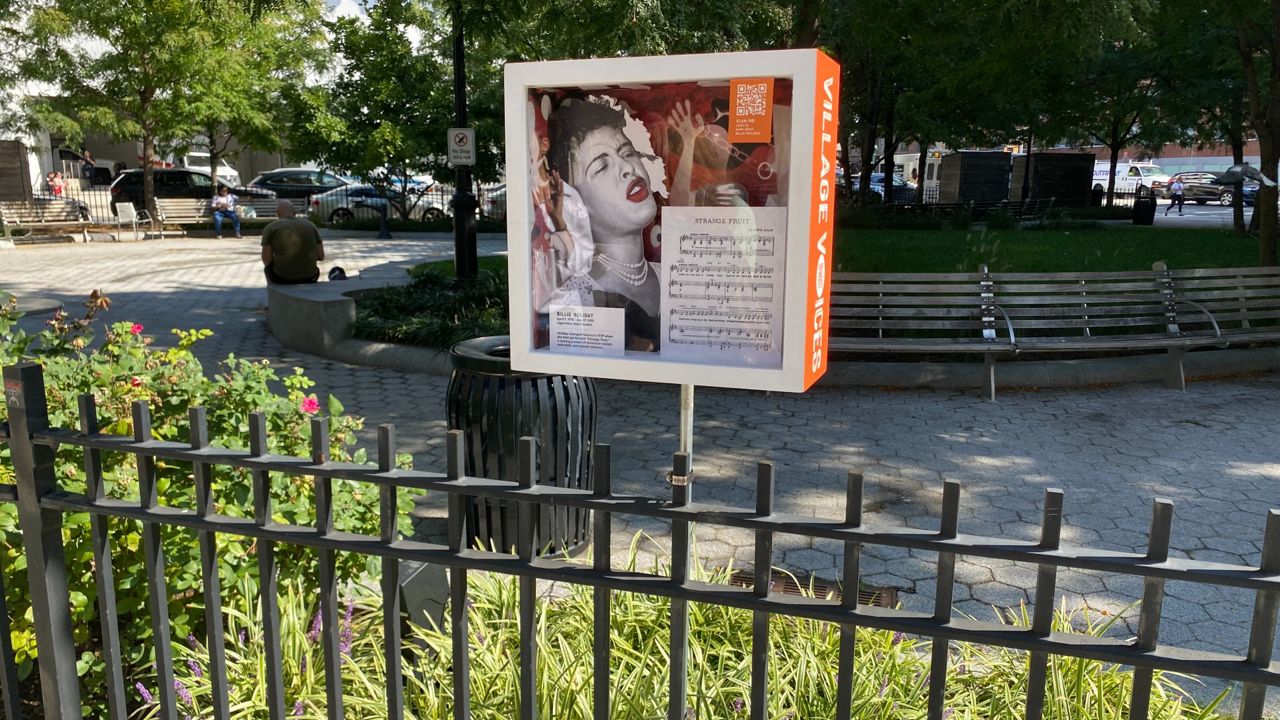 Exhibit spotlights voices of the Village

Billie Holiday, Martha Graham, Jackson Pollock and James Baldwin are just some of the artists, writers and activists who have made their mark in Greenwich Village. Their lives and work are captured in “shadow boxes” located all throughout the Village.

“It’s this incredible way of engaging the public about all of these really important historic figures connected to Greenwich Village, the East Village and NoHo,” Andrew Berman, executive director of Village Preservation, said.

It’s the second year for "Village Voices," presented by Village Preservation, the over 40-year-old organization that works to preserve the architectural and cultural history of these Manhattan neighborhoods.


There are over 20 exhibits on a walking tour throughout the Village. At each one, visitors can scan a QR code and hear more about the individuals. Familiar voices on the recordings include actors Jesse Eisenberg and Edward Norton.

Not all the exhibits are shadow boxes. There is a 20-feet high installation is at 70 Fifth Avenue, a recently land marked building from around 1912 that is now home to the New School. It originally housed the headquarters of the National Association for the Advancement of Colored People and The Crisis magazine, the country’s first and oldest African-American magazine, serving as a launching pad for the Harlem renaissance.

“What I really wanted to be able to do was to look up and to have some sense of what had happened in my neighborhood to be inspired by something, to understand all the things that were happening in the world,” Leslie Mason, co-curator of Village Voices, said.

The beginning and end of Village Voices is this spot in Gansevoort Plaza called a Monument to Choice, which is a place for visitors to raise their own voices, just like many in the village have done throughout history on a variety of civil rights issues.

“Celebrate those voices and add our own voices here in the present,” Lannyl Stephens, co-curator of Village Voices, said.

Village Voices will be on display until Oct. 30 to teach the history of the many trailblazers that accomplished on the streets of the Village.