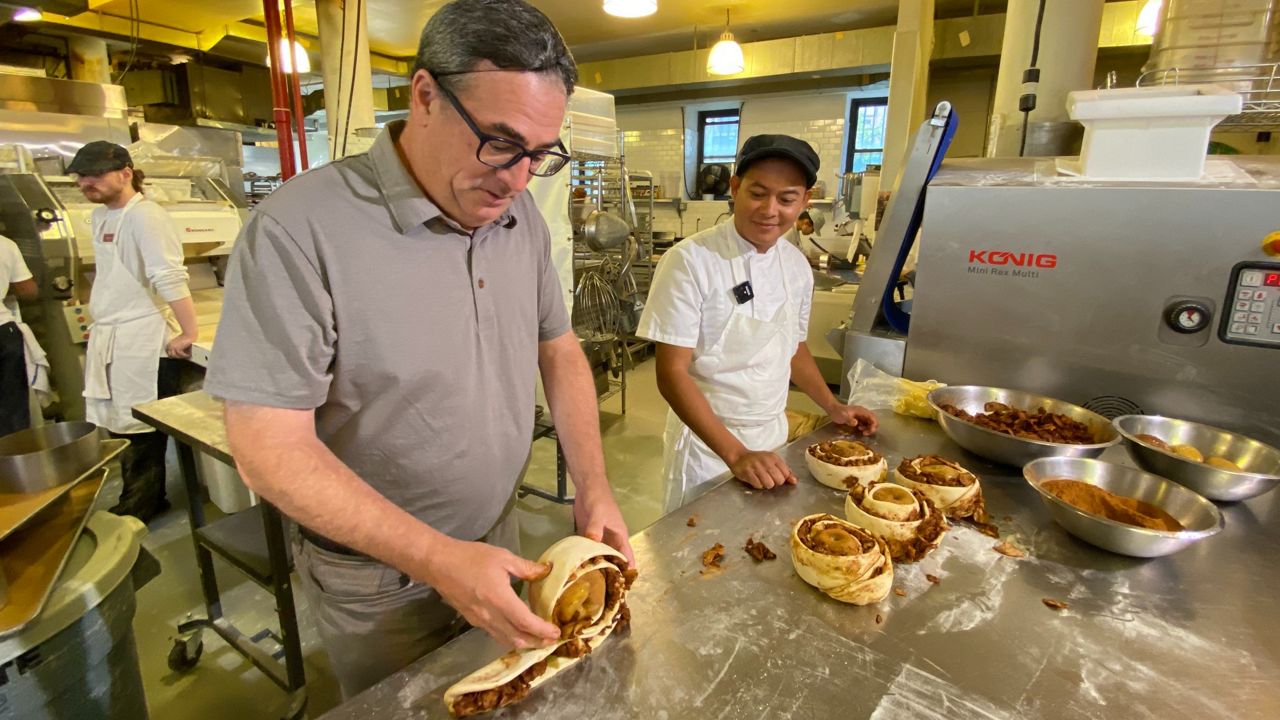 Breads Bakery expects to bake a lot of babka and other holiday items like challah and honey cake for Rosh Hashanah celebrations. (NY1/Roger Clark)

It's become a quintessential New York dessert: babka, the braided cake/bread developed by Eastern European Jews. At Breads Bakery in Union Square, head pastry chef Edan Leshnick likes to take the classic and put his own modern spin on it.

"There are a lot of techniques here that are originating in French pastries, but when you are combining that with the traditional Jewish pastries, it's something really unique," Leshnick said.


Breads Bakery expects to bake a lot of babka, and other holiday items like challah and honey cake, for Rosh Hashanah celebrations. The tradition includes a lot of honey — and a lot of apples. 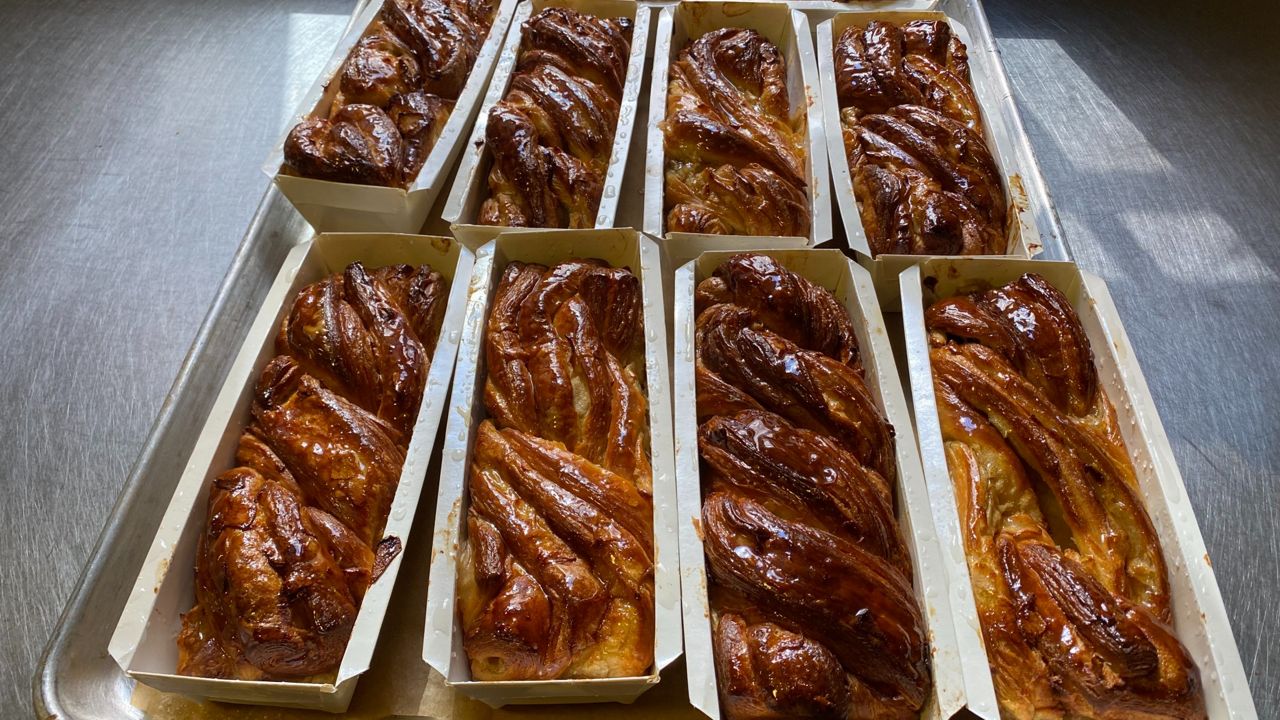 "It's a time of new beginnings, of optimism, and a time where we say to one another, 'Shana Tova,' which means 'happy New Year,'" said Gadi Peleg, the owner of Breads Bakery, which also has locations on the Upper East and West Sides, a kiosk in Bryant Park and a new location coming soon at Rockefeller Center.

"And we say 'Shana Tovah U'metuka,' it means a happy New Year and a sweet New Year, so the tradition is we eat a lot of sweets stuff, and I can't imagine a better tradition," Peleg added. 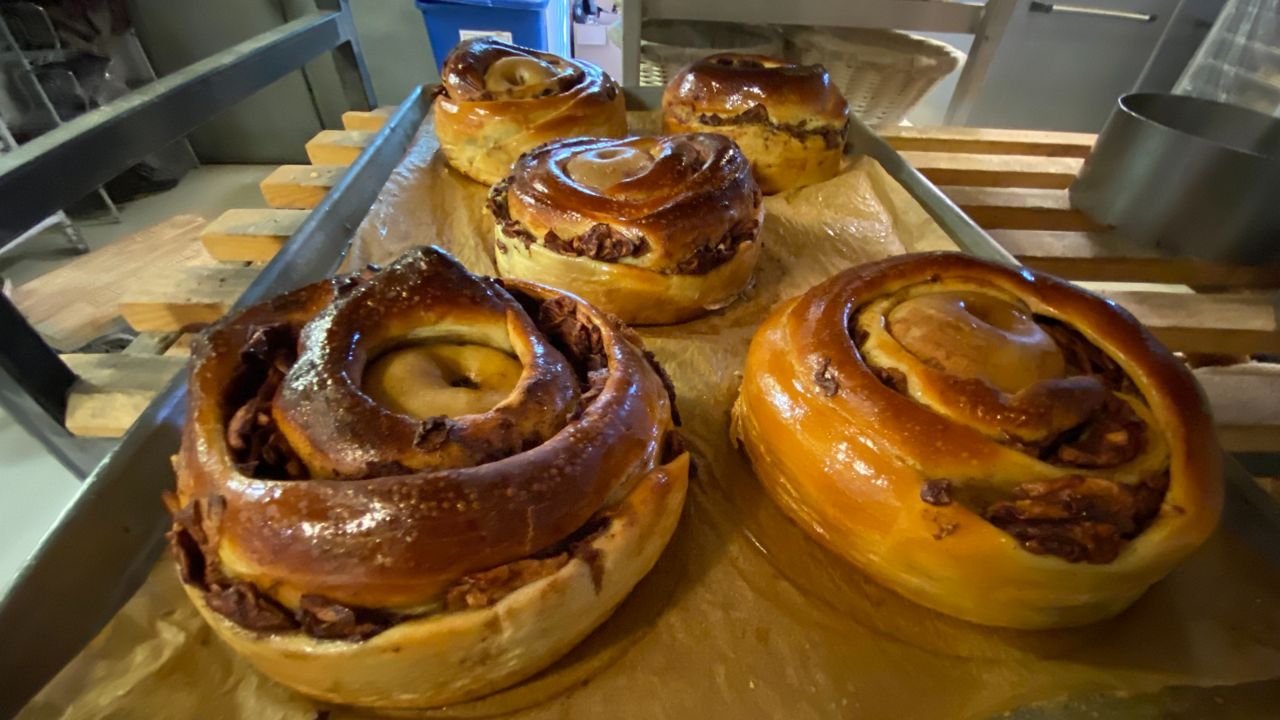 In addition to the classics, Breads Bakery also develops new items for the holidays, like an apple challah created by head bread baker Darwin Castillo.

Peleg says they slept extra last week because they likely won't get much sleep the next few weeks. He says it's a lot of work, but they love it. By the way, Peleg says when it's all said and done, chocolate babka is sort of the king of the babka.

"No matter what we do Roger, the chocolate babka is still the most popular," Peleg said.