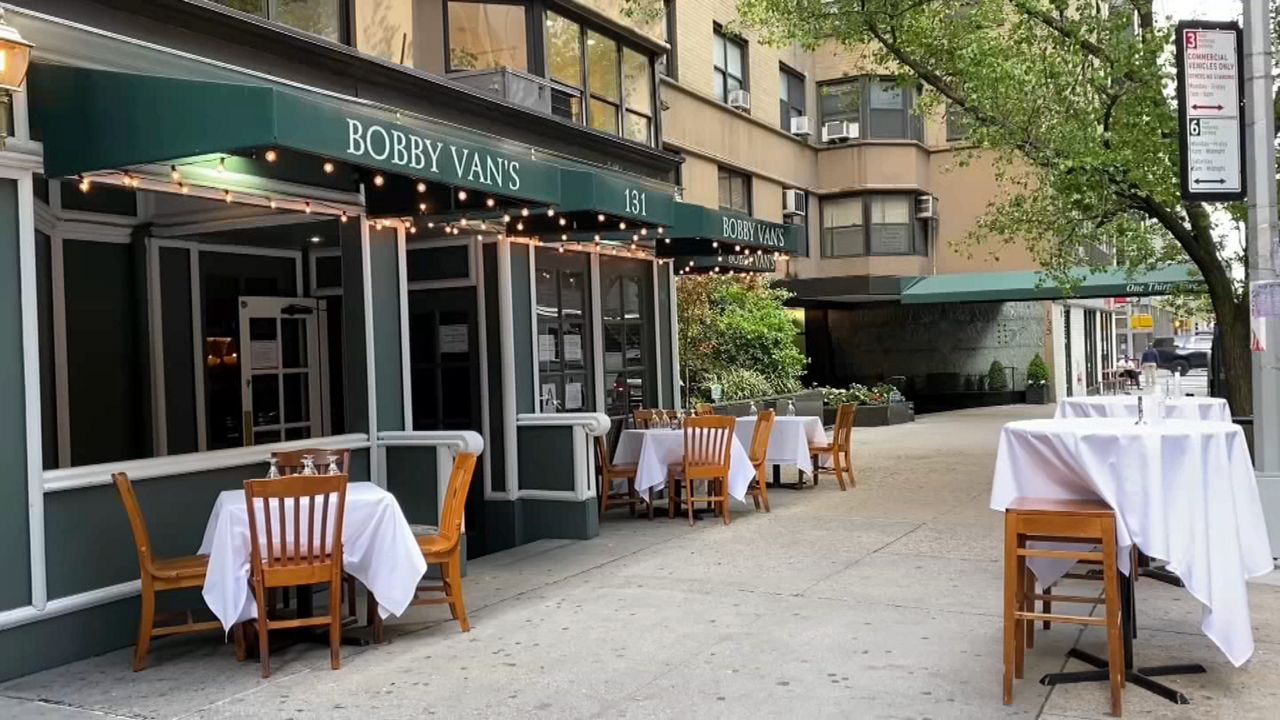 Some businesses like Bobby Van's Steakhouse are sounding the alarm that unemployment benefits are making the recovery much harder.

NEW YORK — Bobby Van's Steakhouse owner Joseph Smith says he hasn’t been able to reopen two of his four high-end Manhattan restaurants because they depend on office workers returning, but says he would be gearing up for business at those two shuttered locations if he had the staff to do so.

“First you had the pandemic for 16 months and now you have labor shortage,” Smith said.

Smith explains that a good portion of his lower paid employees are choosing not to come back to work .

“At first they try to tell you they’re afraid of COVID, but when you speak to them at a little length, the truth comes out," he said.

The truth he and his operations director explain is rooted in pay.

Some employees are making more money not working, they say. A dishwasher making $15 an hour earns $600 per week. That’s about $300 a week in unemployment insurance, plus $300 for the pandemic and some are also entitled to an extra $100. That’s $100 more for not working.

"If you do that math, a lot of low wage workers are encouraged to stay home to maximize their benefit," said Mark Jaffe of the Greater New York Chamber of Commerce.

The Chamber says all restaurants and many businesses are fighting the same competitor for low wage workers, federal unemployment insurance, and wants politicians to let the pandemic boost expire on schedule in September.

He explains that unemployment benefits have helped millions of Americans pay bills and that has actually helped the economy during the pandemic, not hurt it.

"It doesn’t look to me as though, so far this has had a major impact on the speed of recovery in the United States," he said.

Smith counters that it’s slowing his recovery. He employed 400 people before the pandemic, is back up to 50 and believes he would be at 250 if not for unemployment insurance.

“There’s no staff and when it comes time to open I mean I’m gonna be in trouble,” Smith said.