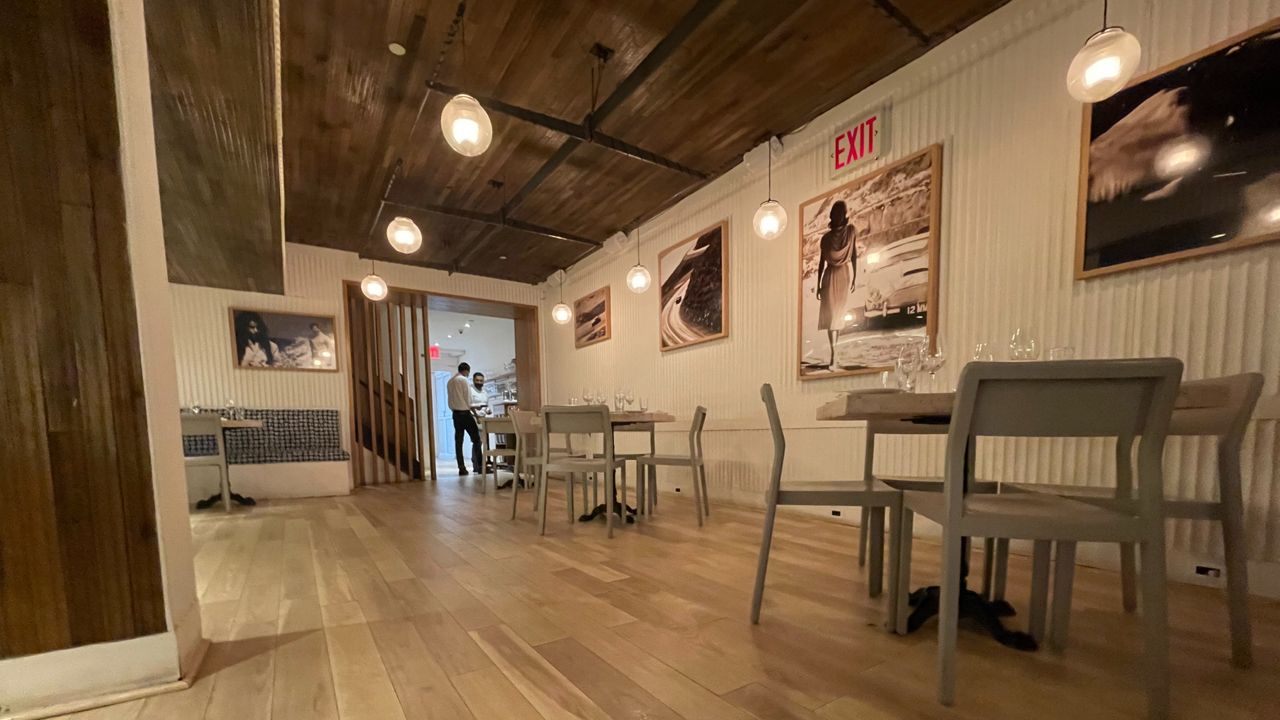 James Mallios gets emotional thinking about the day he had to let his workers go when the city went on lockdown due to the coronavirus pandemic.

"I was not going to be able to fire 50 people again a second time. That would be very challenging for me," said James Mallios, the managing partner of Civetta Restaurants​.

To reopen, he wanted to offer a competitive wage to bring his staff back to work. So in June he added an 18% administrative fee to checks at his restaurants, Amali in Manhattan and Bar Marseille in Queens.

"To include a fully disclosed administrative fee allows us to compensate people based on merit, based on seniority,” Mallios said.

He said the charge helps him pay two to four times the minimum wage, regardless of how patrons tip or how busy it is.

"What if they work lunch and lunch is not busy? We could schedule people like any other job, like for when you need them, for the skillset they have," Mallios said.

He credits this fee for helping him retain his staff at a time when some businesses are struggling.

"Just think of it like you are in Europe or Latin America. There is an 18% surcharge, we pay everyone a living wage, between 20 and 40 dollars an hour. You want to leave something extra, that is your business," Mallios said.

We asked the city about this charge. The Department of Consumer Affairs said, under the city's surcharge rule, restaurants may not add an extra charge or surcharge to the food or beverage prices on the menu.

In fact, the first requirement on this inspection checklist states that, except for the COVID-19 Recovery Charge, restaurants cannot add on a surcharge.

That’s not a deterrent to Mallios.

"After everything the city has put us through, if they would like to come after us for paying people a living wage to work in the service industry and keep our business open, I would relish that conversation with them," Mallios said.

We reached out to the Department of Consumer Affairs for comment. They said the fine for violating the rule is up to $350. Mallios said he is working with lobbying groups to fight the city's surcharge rule.