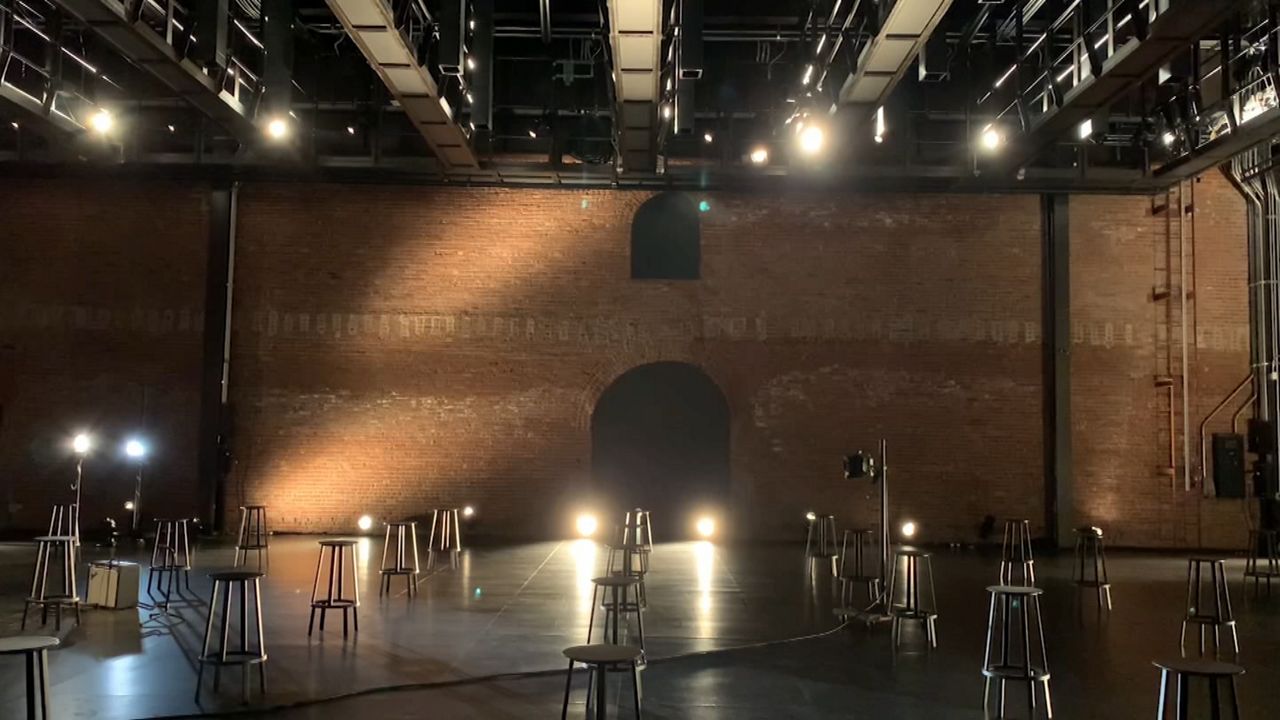 BROOKLYN, N.Y. - Along the DUMBO waterfront, Founder and Artistic Director Susan Feldman heads towards St. Ann’s Warehouse in Brooklyn Bridge Park. She mostly works from home these days, as the non-profit theater space has been sitting empty due to state restrictions on live performances.

"I have to say, it always feels good walking in here," said Feldman as she returned to the theater. This is one of the very few times the lights have been on in the last seven months.

"We took a big hit. We have no earned income. We had to furlough people, we had to lay off people. So we’re now completely reliant on fundraising, foundations, individuals, our board," said Feldman of their financial outlook.

Feldman is a part of a task force with other theater spaces like The Park Avenue Armory and The Shed, Harlem Stage, National Black Theater, and BRIC, who are all calling on the government to allow them to open sooner than Broadway. Feldman points to their flexible layout as an opportunity to open safely.

"Like, can’t you just imagine a lot of people in here? I mean, I know there is a lot of storage and a lot of junk in here. You know, we just left it, but just seeing those stools set up, just imagine them all holding people? We’re ready!" Feldman said, gesturing to the empty space.

Not only have they added an air ionization system, Feldman says movable seating, the high ceilings, and open floor plan allows for a limited audience to socially distance. And with multiple large exit and entry points and bigger bathrooms, they can avoid bottlenecks, unlike many old Broadway theaters.

"It’s a process and it’s not one size fits all, and that’s the main thing we’re trying to get across," said Feldman.

An administration spokesperson from the governor’s office told us large gatherings have the potential to become super-spreader events and that they will continue to monitor how and when remaining industries can safely reopen. But until then, Feldman will keep fighting to keep the stage lights on, for good.