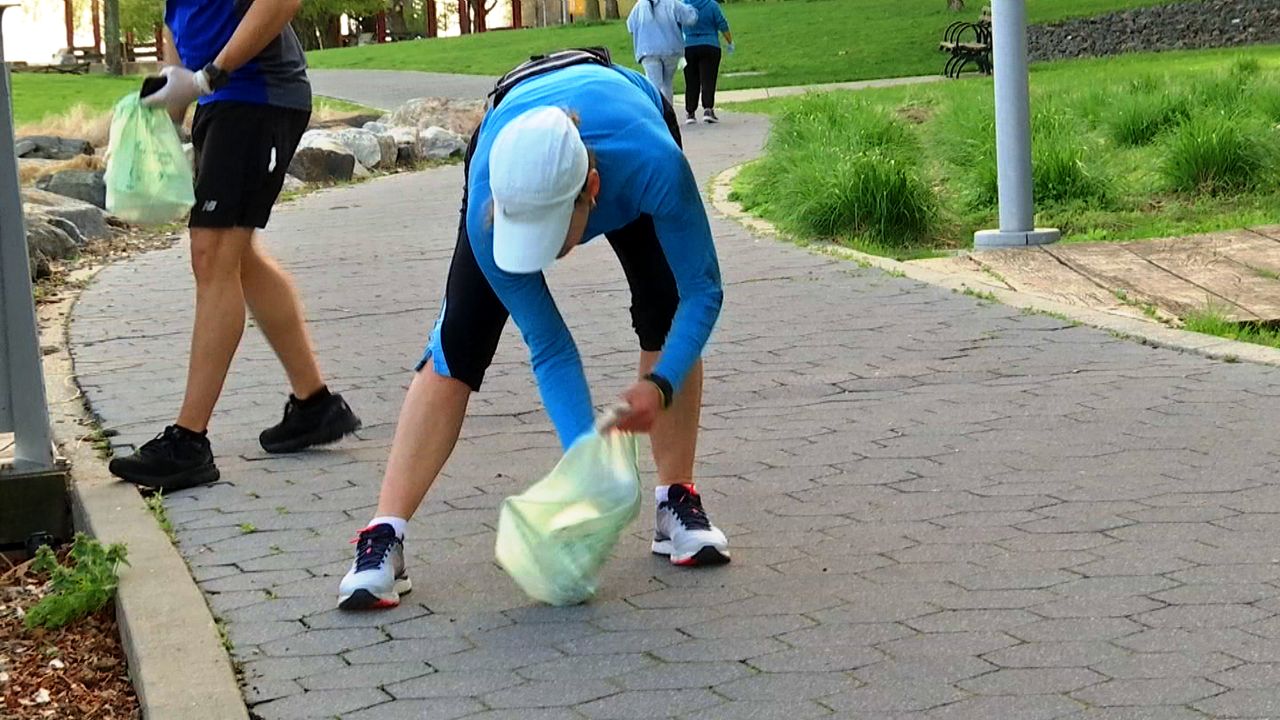 NEW YORK - Some runners along the Hudson River Monday morning added a new routine to their workouts.

It's an activity that's apparently popular in Sweden. It's called plogging: jogging and the Swedish term “plocka upp,” meaning to pick up.

"Runners are always kind of looking for something else to do with their runs to kind of give back to their community so it kind spread throughout the world and kind of hit ground in New York City," said New York Road Runners President and CEO Michael Capiraso.

About 20 people joined the New York Road Runners on Earth Day to go plogging, repeatedly stopping to scoop up random trash that someone else had thrown to the ground.

Wearing rubber gloves and carrying compostable bags, they looked in between rocks and on pathways for trash that if not picked up might end up in the river. One of the benefits of plogging is that you can incorporate other exercises into your jogging routine. For instance, you can lunge or you can squat while picking up some trash.

The runners who spoke with NY1 didn't get that elaborate. They were more concerned with making sure they picked up every bit of trash they saw.

The New York Road Runners says it hopes events like this encourage people to not just pick up trash on Earth Day but every day they run.