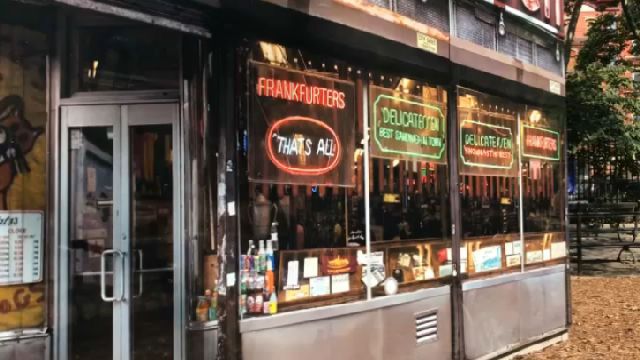 An art installation on the Lower East Side pays homage to the mom and pop shops that used to populate New York, but are fast disappearing.

The four-sided installation on the southwest corner of Seward Park, pays tribute to the delis, bodegas, newsstands and coffee shops that used to line the neighborhood.

Photographers Karla and James Murray won a $10,000 grant from the Parks Department to build the sculpture, which looks like the real thing.

"They're aluminum composites, a direct print on aluminum so it's built to withstand the rain, snow, uv and it's very realistic looking because it's shiny like a real storefront would be. So the kids yeah, they're trying to grab at the products like one of the kids wanted to buy a bag of Doritos from us," said Karla Murray.

The installation is made not only to withstand the elements, but tagging by graffiti artists as well.

It will be on display until next summer.