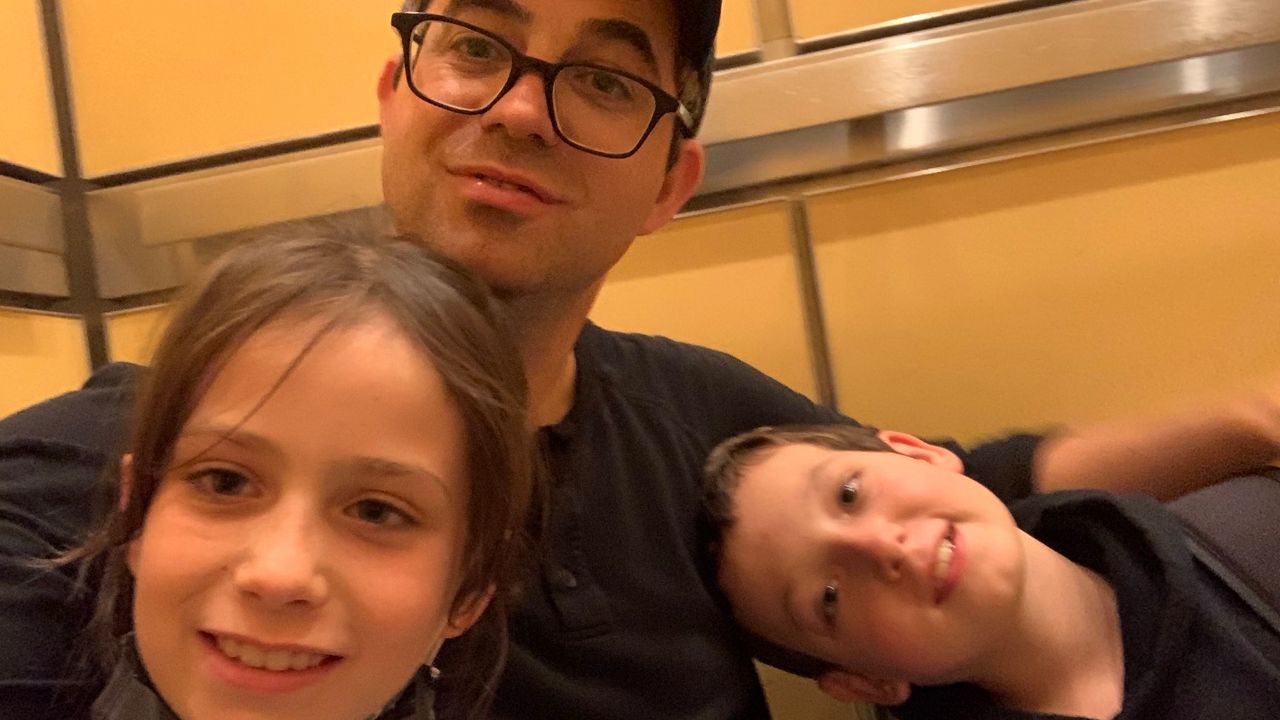 NYU Professor Gives Lecture While Trapped in an Elevator

Jay Van Bavel would rather conduct his lectures live and in front of an audience, but even though the pandemic has forced him and so many others to embrace remote learning, a recent lecture was a first.

"If you would have told me a year ago 'you'll be giving a lecture from an elevator in a year,' I would have thought that was the most insane statement possible," said Van Bavel, a psychology professor at New York University.

In a twitter thread, he describes, rushing to pick up his children and make it back home in time to start his Intro to Psychology class Wednesday.  When he and the kids got in the elevator, it lurched, dropped and came to an abrupt stop.

"I tried to hit the door open button on the elevator and of course it didn't open," he said.

After calming his 10 year old son and 8 year old daughter down, he sent an email to the more than 200 students who were waiting for him to log on to Zoom, saying as "If 2020 could not get any worse, I am currently trapped in an elevator in my apartment building."

"I had a moment of panic about my class and about being stuck in an elevator" said Van Bavel, "I started to worry about my students and so I figured maybe I could teach my class on my phone."

With just enough signal, he was able to phone in to the class via Zoom, to the surprise of his students.

"I got through finally and I started yelling 'hey it's me, i'm here, it's Jay!" and finally they heard me, and all of a sudden you could hear this buzz among all of them like 'oh my goodness the professor has made it!'"

Without notes or slides, Van Bavel began waxing poetic about consciousness to the curiosity of his kids.

"My kids are just like standing in the elevator, staring at me and looking at me with like this confused look like 'I can't believe this is going on and what's dad doing?'" Looking back, he says maybe he should have just canceled the class but now he feels bonded to his students who took in all in stride.

"This whole semester is crazy for them right because they're doing this all remotely, this is not what they had hoped for and they're anxious and it's stressful for them and so this was another layer of absurdity on top of absurdities."

He's glad they got through it but said he probably wouldn't attempt teaching from an elevator again.