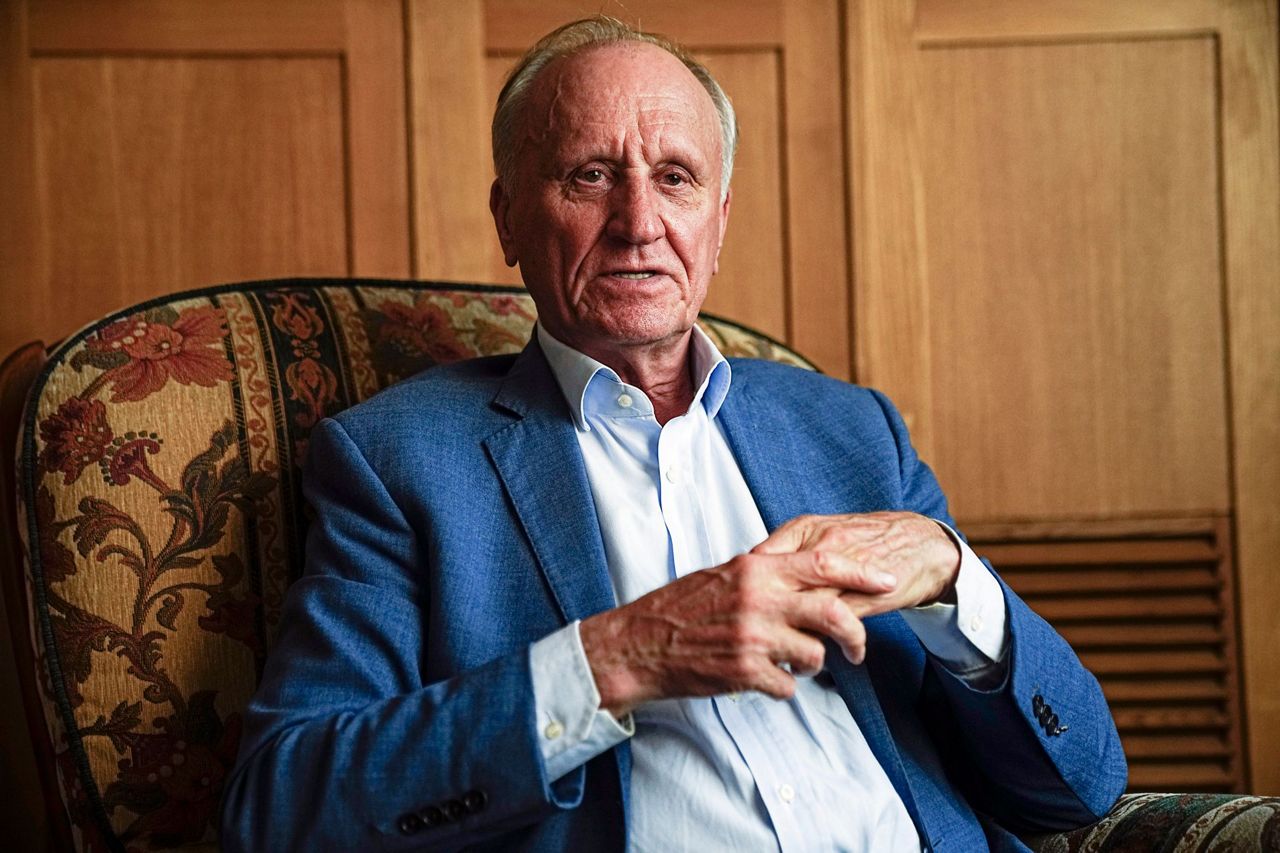 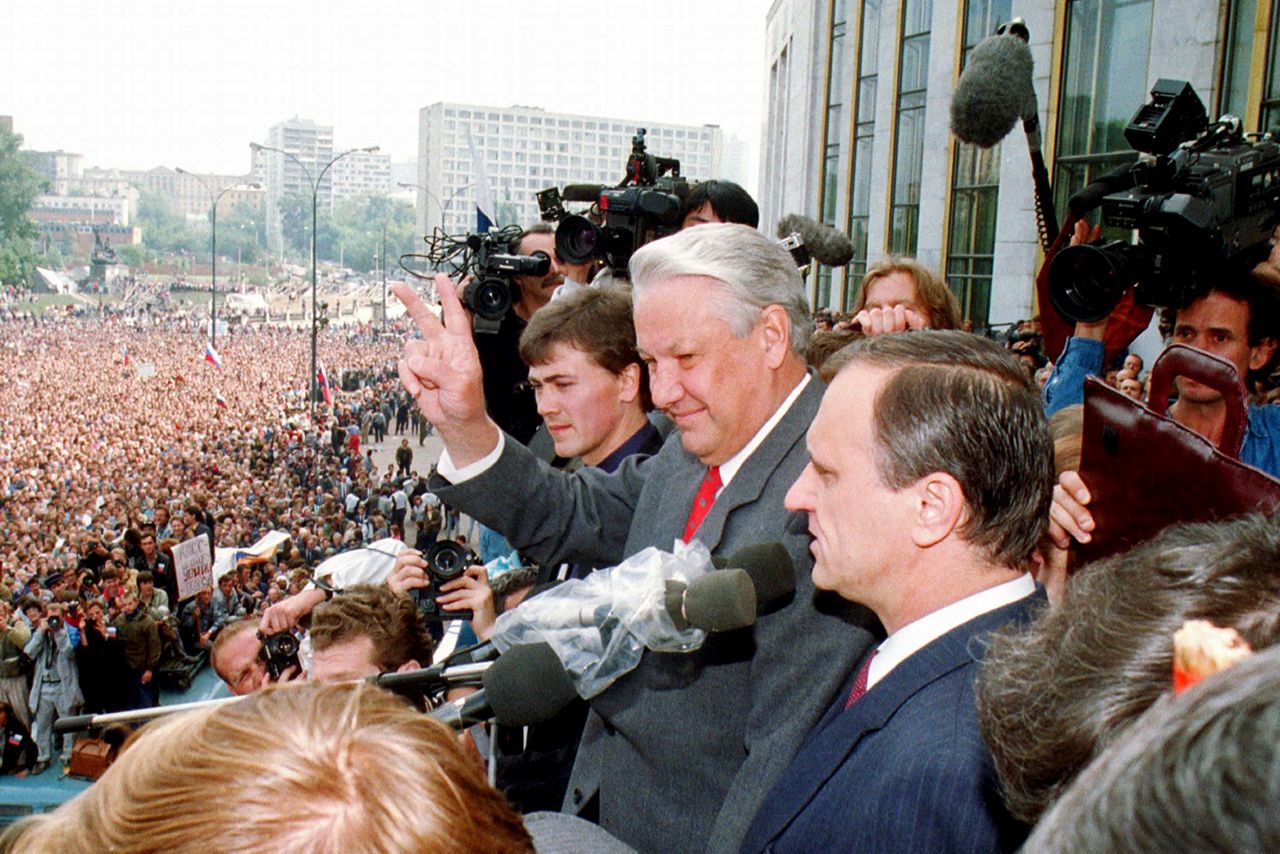 2 of 4
CORRECTS AGE FILE - Gennady Burbulis, right, stands next to Russian Republic President Boris Yeltsin, second right, making a V-sign to thousands of Muscovites at a rally in front of the Russian federation building to celebrate the failed military coup in Moscow, Aug. 22, 1991. Gennady Burbulis, who as a top aide to Russian President Boris Yeltsin helped prepare and signed the 1991 pact that led to the formal breakup of the Soviet Union, has died at age 76, Russian news reports said Sunday June 19, 2022. (AP Photo/Alexander Zemlianichenko, File) 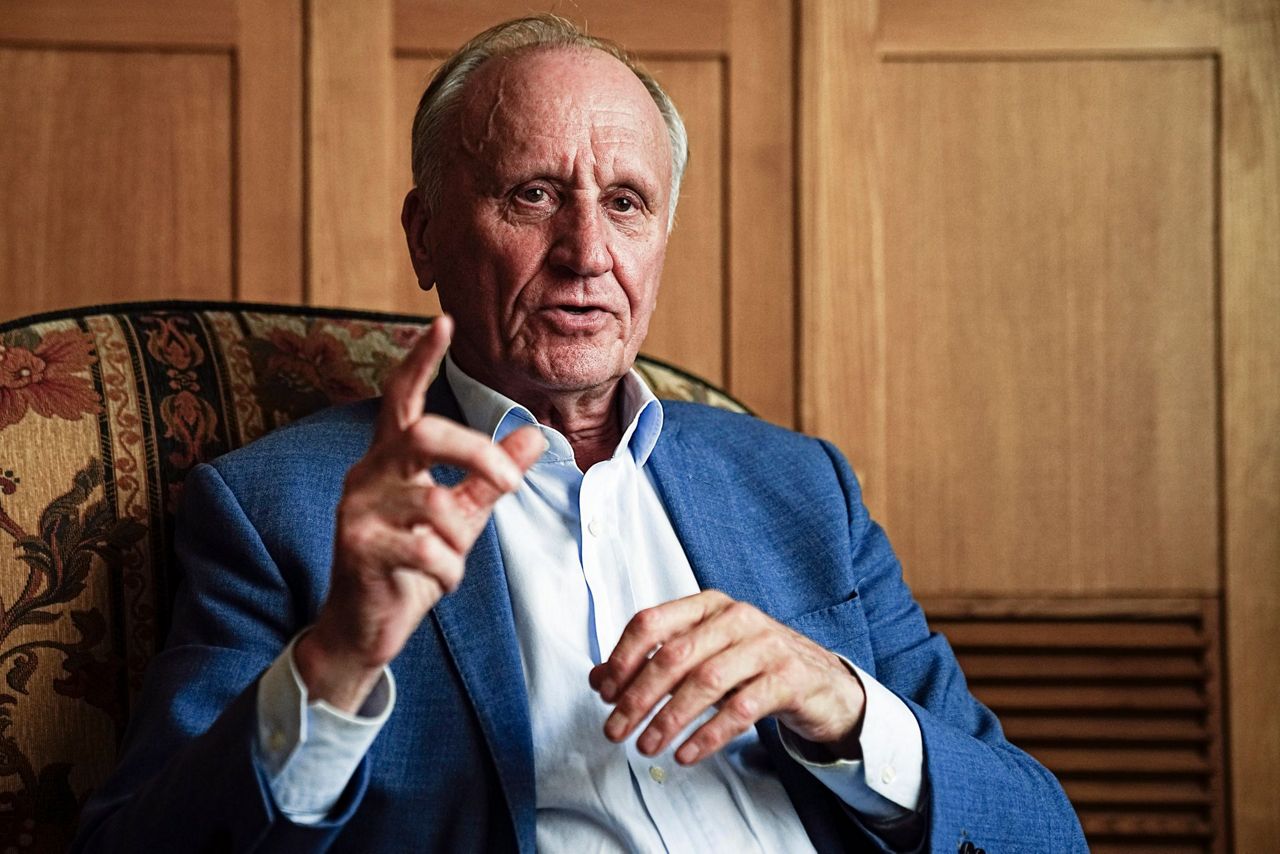 3 of 4
CORRECTS AGE Gennady Burbulis in Moscow, Russia, Aug. 16, 2021. Gennady Burbulis, who as a top aide to Russian President Boris Yeltsin helped prepare and signed the 1991 pact that led to the formal breakup of the Soviet Union, has died at age 76, Russian news reports said Sunday June 19, 2022. (AP Photo/Alexander Zemlianichenko) 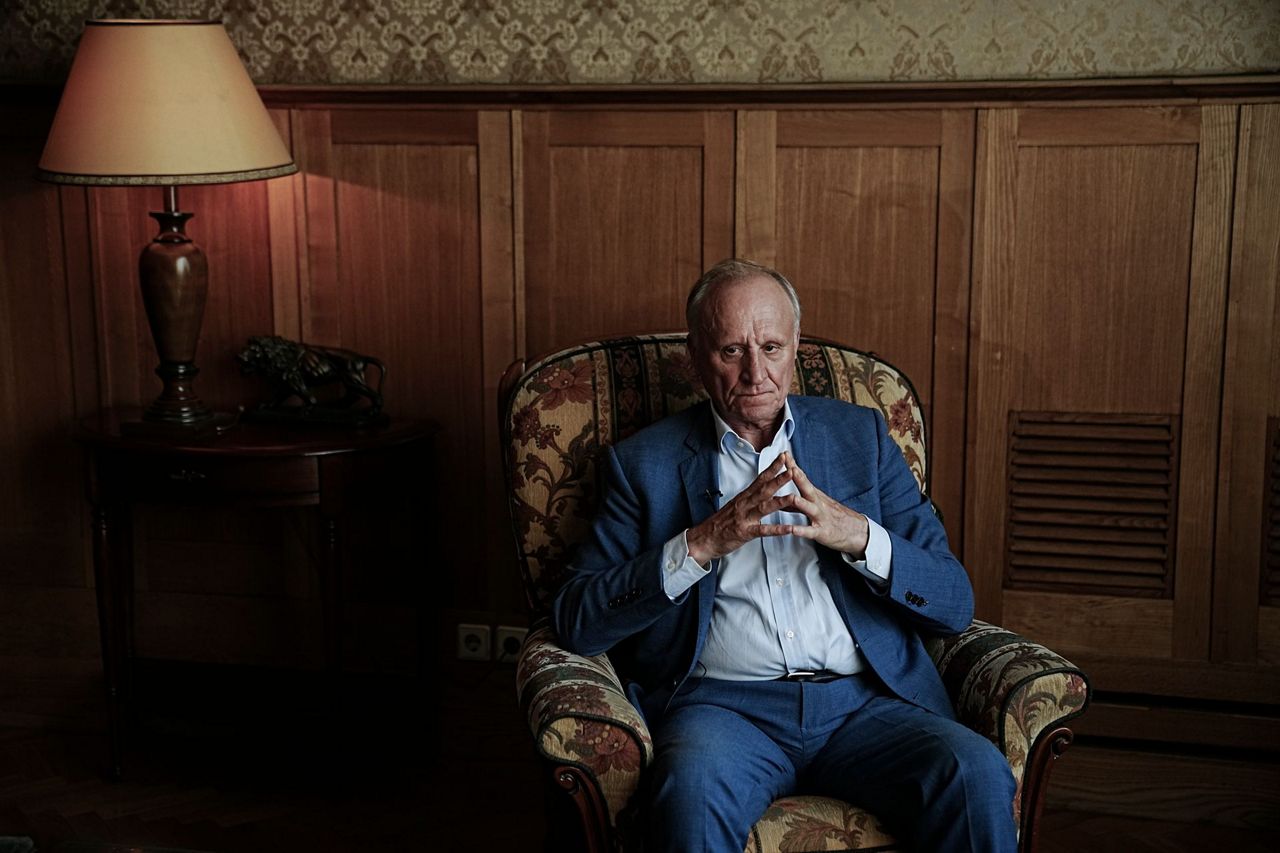 MOSCOW (AP) — Gennady Burbulis, a top aide to Russian President Boris Yeltsin who helped prepare and sign the 1991 pact that led to the formal breakup of the Soviet Union, has died. He was 76.

As secretary of state and first deputy chairman of the government from 1991-1992, Burbulis was instrumental in steering the new, post-Soviet Russian state.

With Yeltsin, he was a signatory for Russia to the agreement reached on Dec. 8, 1991, with the leaders of Ukraine and Belarus to disband the Soviet Union. The pact was signed in the Belovezha forest, in what is now Belarus.

Burbulis is the third key player to the agreement who has died in the past several weeks. Former Ukrainian President Leonid Kravchuk and former Belarusian President Stanislav Shushkevich both died in May.

The hopes of peaceful coexistence among the three former Soviet republics have been dashed since Russia’s military operation in Ukraine began in February. Russian President Vladimir Putin said in a televised address then that the Soviet collapse followed “historic, strategic mistakes” by Communist leaders.

Burbulis died in Baku, where he had flown for a conference.

“He was not sick, he felt great, and he just took part in the IX Global Baku Forum, which discussed the issue of the `Threat to the Global World Order,’” his press secretary, Andrey Markov, told the Interfax news agency.

Burbulis was born on Aug. 4, 1945, in Pervouralsk. He aided Yeltsin during his rise to lead Soviet Russia in 1990 and then independent Russia in 1991, as its first president.

From 1993 to 1999, Burbulis was a member of parliament, and later was vice governor of the Novgorod region.

“Another of the key persons in the European transformation has left us. Burbulis was influential as few others in breaking with the Soviet past and trying to build a new and democratic Russia," Swedish diplomat Carl Bildt tweeted Sunday.