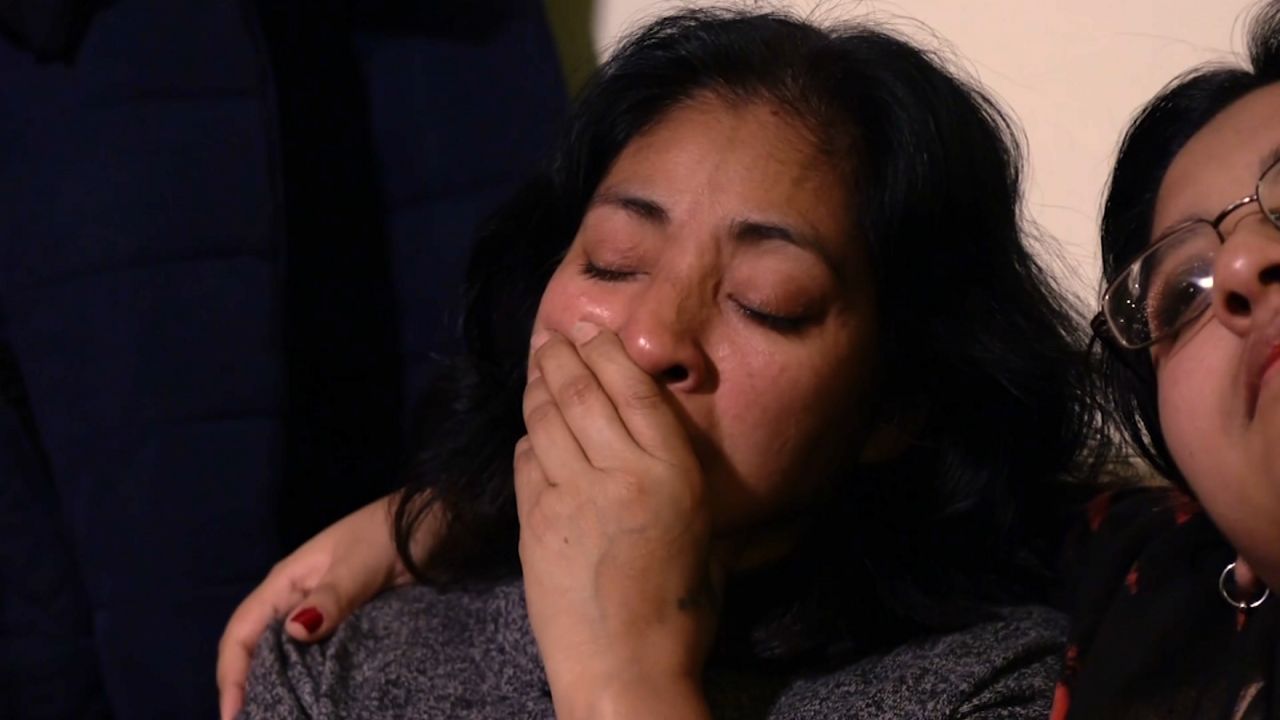 Haydeth Tavira, Erick Tavira’s mother, lost her son to suicide on Rikers Island late last year. His attorney had tried to get him diverted to the selective mental health court, but could not. (NY1 Photo)

NY1 Investigation: The barriers to getting into mental health court

Erick Tavira went to Metropolitan Hospital to get mental health care in June 2021.

Instead, surveillance video obtained by NY1 shows he wasn’t seen and was arrested after fighting with a security officer there in what his family’s lawyer said was part of a psychotic episode.

Another arrest a week later for assault and strangulation sent him to Rikers Island.

Those incidents, his family said, happened because he didn’t get the care he needed.

“If he demanded to be seen, and they didn’t see him, it was a crime,” Haydeth Tavira, Erick Tavira’s mother, said through an interpreter. “It is not a crime to ask for help, to ask for meds, treatments. What they did to him is not fair.”

In his last court appearance before he died, it was clear Tavira’s attorney was looking for an alternative.

According to a court transcript for Sept. 29, 2022 in New York Supreme Court, Tavira’s public defender said his client “does suffer from mental health and substance abuse, and it’s a pretty serious mental health condition, Judge. The assigned ADA” — the assistant district attorney — “we both agreed the reason for these two incidents was because of his mental health and lack of medication that he had lack of access to the medication, Judge.”

The attorney goes on:

“Unfortunately, at this time, I was recently told that ADA is not going to consent to Mental Health Court or for the case to be sent to ATI,” an alternative-to-incarceration program.

At the time, the Manhattan district attorney’s office was not open to Tavira, who was diagnosed with schizophrenia, being sent to mental health court — an alternative to incarceration aimed at getting people with severe mental illness off of Rikers.

Tavira would go back to jail, where he would die less than a month later from suicide.

“It’s tragic we have had a number of deaths on Rikers Island,” Manhattan District Attorney Alvin Bragg said in an exclusive interview with NY1.

Bragg did not want to discuss the details of Tavira’s case.

“We do a holistic review that looks at certainly the nature of the crime, medical history, mental health treatment history, a whole host of factors,” Bragg said. “For privacy reasons, I can’t go into any individual case and in to any specifics.”

In a statement, a spokesperson for the district attorney went further.

“Because of the troubling nature of the conduct alleged in these cases — an assault on a peace officer, and a subsequent attack on a 14-year-old boy and a good Samaritan less than a week later — the people were not comfortable releasing Mr. Tavira to a non-secure facility, which would have been part of any mental health court or alternatives to incarceration disposition. D.A. Bragg supports the creation of secure facilities for treatment of individuals charged with violent felonies,” the statement read.

Meanwhile, hundreds of detainees on Rikers Island have serious mental illness. Defense attorneys, families and advocates say the alternative to keeping them behind bars — which is potentially bringing cases to mental health court — is selective and nearly impossible to get into.

A NY1 investigation has found these courts, spread across the five boroughs, have different standards for accepting people. In 2022, many of them only took a few dozen new felony cases.

NY1 has found local district attorneys all have different requirements for referring defendants to these courts. Judges, too, have different approaches.

Participants meet with Justice Matthew D’Emic regularly. They go over their progress in treatment programs, which they must attend as part of their guilty plea to get in.

When they do well, they’re met with applause.

“We look at these cases very carefully and determine whether the risk can be managed,” said D’Emic. “And look a little beyond it, deeper than the charges to see what is actually going on. There are very few cases that can be ruled out.”

The majority of their participants, the judge says, graduate from the program.

Of course, not all of them go as planned.

One of their participants was shot and killed last year during an altercation with police.

“It had a very tragic ending,” D’Emic said.

Even so, those instances are rare, he says.

Ultimately, he says, they are keeping people out of jail and in treatment.

“A lot of this is politically what is the community willing to accept,” the judge said. “We’ve been lucky in Brooklyn because from Joe Hynes to Ken Thompson to Eric Gonzalez, we’ve had district attorneys not only willing but actively seeking to divert people in these courts, and not every county has that.”

Numbers in other boroughs are lower.

The district attorney in Manhattan says he is limited in how many cases the mental health court can take.

He says he wants to quadruple that number.

In Queens, the mental health court accepted 23 new cases in 2022.

“I believe I have 80 cases in the pipeline, meaning that the DA’s office is willing to take them. We’ve already talked to the attorneys,” Hirsch said. “What is holding those up is the psycho-social evaluations and the risk assessments that need to be done so we can put together a treatment plan, and that gets really bogged down in the system.”

Advocates and public defenders are pushing legislation, called “Treatment Not Jails,” in Albany to try to standardize and expand these courts. But its fate, for now, is uncertain.

For now, those who fail to get in may have to stay on Rikers.

“They, too, have dreams of coming out and doing something new with their lives, a new opportunity,” Erick Tavira’s mother told NY1. “That is what my son wanted. He said when he was to come out, he would do better and behave.”