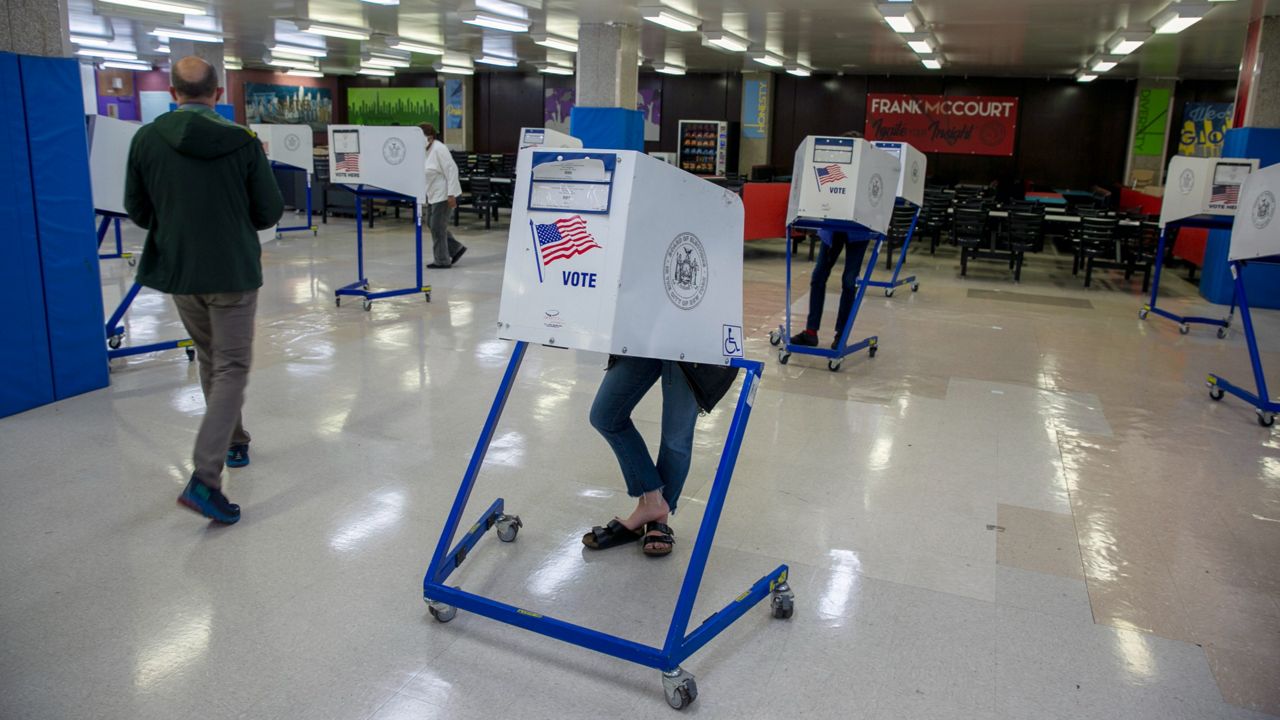 Republicans made significant gains in Brooklyn on election night, winning three Assembly seats in southern Brooklyn in an upset to some incumbent Democrats.

Republicans say their wins were due because they ran on a message of public safety, similar to the Republican candidate for governor Lee Zeldin.

“That was the messaging: do you want to feel safe in your own neighborhood, in your own home, in your own community? And it resonated,” Lucretia Regina-Potter, campaign manager for Republican Alec Brook-Krasny, said.


The Republican is currently leading incumbent Democrat Mathylde Frontus in a district that covers Coney island and Sea Gate.

Brooklyn’s GOP, unlike the national party, was able to gain some ground in the city with a diverse electorate, including Asian voters, in southern Brooklyn.

The party said it used a robust ground game to talk directly to voters about the issues that mattered most to them.

“So if you’re talking about the Asian community, it’s no secret on educational issues, on hate crime,” Ghora said, adding that each community had their own issues they wanted addressed.

“People just felt like their voice was just not being heard,” Ghora continued.

Some say the results in Brooklyn are a wake up call to Democrats that maybe their policies aren’t resonating with voters.

“They don’t have to settle for the status quo Democratic party, they have an option now. The option of a party that is going to listen to them, pay attention to what they say and address their needs,” Regina-Potter said.

However, critics argue the controversial messaging about rampant crime and lack of protections for victims is questionable.

“Sometimes the voters get the message and they vote the way they see the world. You can’t always blame voters for voting wrong,” Bob Liff, a Democratic campaign strategist, said.

Some within the Democratic party say it is an opportunity for party leaders to learn and come back stronger.

“Clearly there was a response by voters to the crime issue, and Democrats ought to see that, realize it, not turn on each other and think about what they will do next year in the council elections and two years later trying to take those seats back,” Liff said.

Since Tuesday night, Democrats have been pointing fingers at each other.

Some blame the county and state party for their lack of support.

Progressives have pointed blame at Mayor Adams for his repeated emphasis on crime.

The Brooklyn Democratic Party says they weren’t given notice by candidates that they needed additional resources.

“I mean for all of the complaining about the party should have done more, candidates have to run their own elections,” Liff said.

As of Friday, some races in the state Senate were still too close to call, including that of State Senator Iwen Chu, who is leading by a small margin in a new plurality-Asian district in Brooklyn.