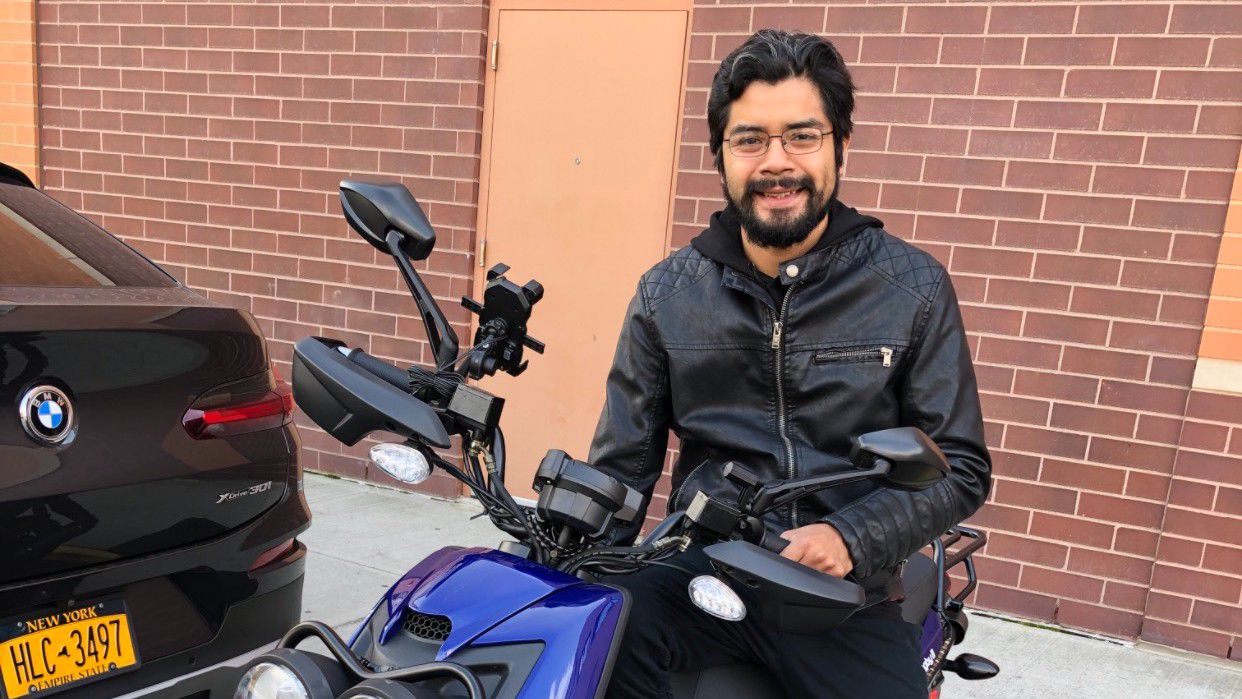 Daniel Vidal was run over after falling off his motorcycle. (Courtesy of Daniel Vidal's family.)

Food delivery worker run over by truck after falling off motorcycle

BROOKLYN — Loved ones of a Brooklyn delivery worker are grieving his death after a truck ran him over after falling off of his motorcycle.

Reality for Rosa Maria Vidal has not set in that her husband, Daniel Vidal, is not coming home.

The 30-year-old food delivery worker died while on his way to work.

“It’s just, it’s overwhelming for me,” she said.

“He was a very, very friendly individual,” Rosa Maria Vidal said. “If you were part of the delivery group and you were in trouble he would come and help you.”

According to police, Daniel Vidal was driving his motorcycle to work in the East Williamsburg in Brooklyn on Thursday around 9:30 am.

He was in the bicycle lane on Morgan Avenue near Meadow Street when he locked the rear breaks, which caused the motorcycle to glide in the street and hit a curb before Daniel Vidal fell into the road, according to police.

Police said that’s when a 50-year-old man driving a truck made a left turn onto Morgan Avenue and ran over the food delivery worker.

An ambulance took Daniel Vidal to Elmhurst Hospital Center, where he was pronounced dead, police said.

Martinez said there are things lawmakers and city leaders can do to change that.

Rosa Maria Vidal said her husband’s delivery job was only supposed to be temporary.

“He’s goals were to open his motorcycle shop and his video camera shop,” she said. “We had thought that like in maximum two years, we would be having this dream come true.”

Police say the truck driver stayed at the scene and is not facing charges at this time. The accident is still under investigation.