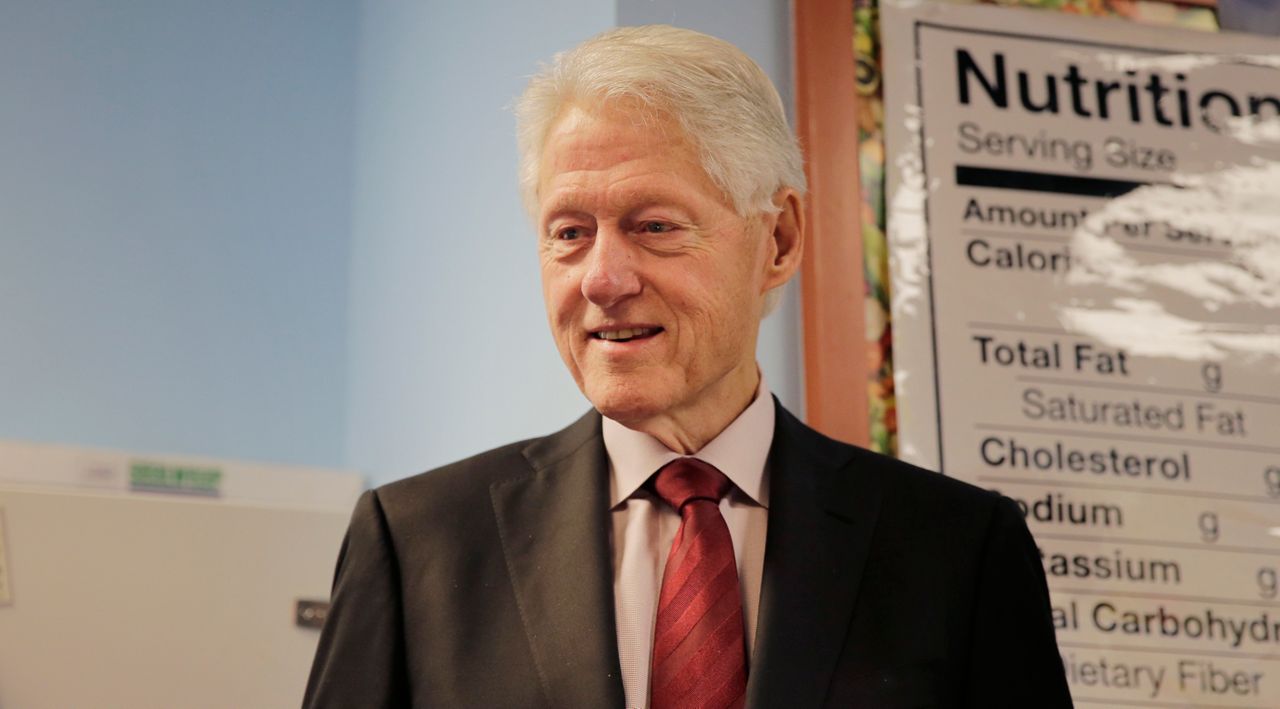 NEW YORK — Former President Bill Clinton is celebrating 20 years in Harlem. That’s how long he’s been working on West 125th Street after moving the Clinton Foundation’s offices there in 2001.


The foundation partially moved to Lower Manhattan in 2011 but maintains space and the president’s office in the same Harlem building.

“When I’d fly back home and stop in New York, I’d always take a cab from Kennedy Airport and come right to Harlem to walk across 125th Street just to see what was going on,” Clinton said.

Clinton said his love of Harlem started in his early 20s when he was studying jazz.

”I’d look at the old Apollo Theater and the Cotton Club and all those places and wondered if I could’ve made it if I was a better musician," Clinton recalled. "I'd say it always had a hold on me."

After his presidency ended and controversy stopped an original move to Midtown, he decided to house the Clinton Foundation in Harlem 20 years ago, in part because it felt right.

“Harlem symbolized the economic efforts I had made to include Americans that were left out when I became president,” Clinton said.

More than a thousand people welcomed him to the neighborhood, with a celebration.

"You were always there for me and I will try to be there for you,” said Clinton at the 2001 event.

He had hoped his presence here and local efforts of the nonprofit Clinton Foundation could improve the quality of life. Veteran congressman and Harlem native Charlie Rangel was there.

“Clinton made no doubt to anybody that he was in Harlem and he would walk our streets and go into our restaurants and every place he went people would say, 'guess who I saw last night or guess who I had lunch with,'” Rangel said.

Evetta Petty says she's the perfect case study of how having President Clinton in the neighborhood has helped.

“That time we were struggling, all the big chain stores had moved in all these slick big stores and little mom and pop stores and little family businesses could not survive,” said Petty, owner of Harlem Heaven’s Hats.

The self-taught hat maker didn't have a business plan at all and was floundering when the Clinton Foundation provided her with a computer, training and a marketing team.

“The Clinton Foundation gave me those tools which I use till today and I’ve come a long way from you know dressing the little mothers of the church to being in Vogue and Harper's Bazaar and many television shows and putting hats on exhibits at the Met as wearable art,” Petty said.

The Clinton Foundation said through its many partnerships it has invested millions in the community.

He admits though that he worried his presence could have a negative impact.

“I was afraid that coming here we would actually run the rents up too much and put a lot of pressure on small business people,” Clinton said.

That's exactly what happened according to the Harlem Business Alliance. The business association says some entrepreneurs could longer afford storefronts and residential rents went gone up, but Clinton may be just one component of gentrification.

"We ought to share the future in a tightly packed, wonderful city with people at all income levels. We just should,” Clinton said.

He points to the diversity in Manhattan, in each neighborhood, as strength and hopes the next mayor can make expanding that a priority.

“I hope one of the things the new mayor will do is take that into consideration, see what we can do to get everybody together here so we can make the rents bearable,” Clinton added.

Clinton said he knows there’s more work to do. His lease was up in July, but he says he’s not leaving anytime soon.

“You couldn’t blow me out of here with dynamite. Unless my all neighbors on the street ask me to go, I think I’ll hang around,” Clinton said.