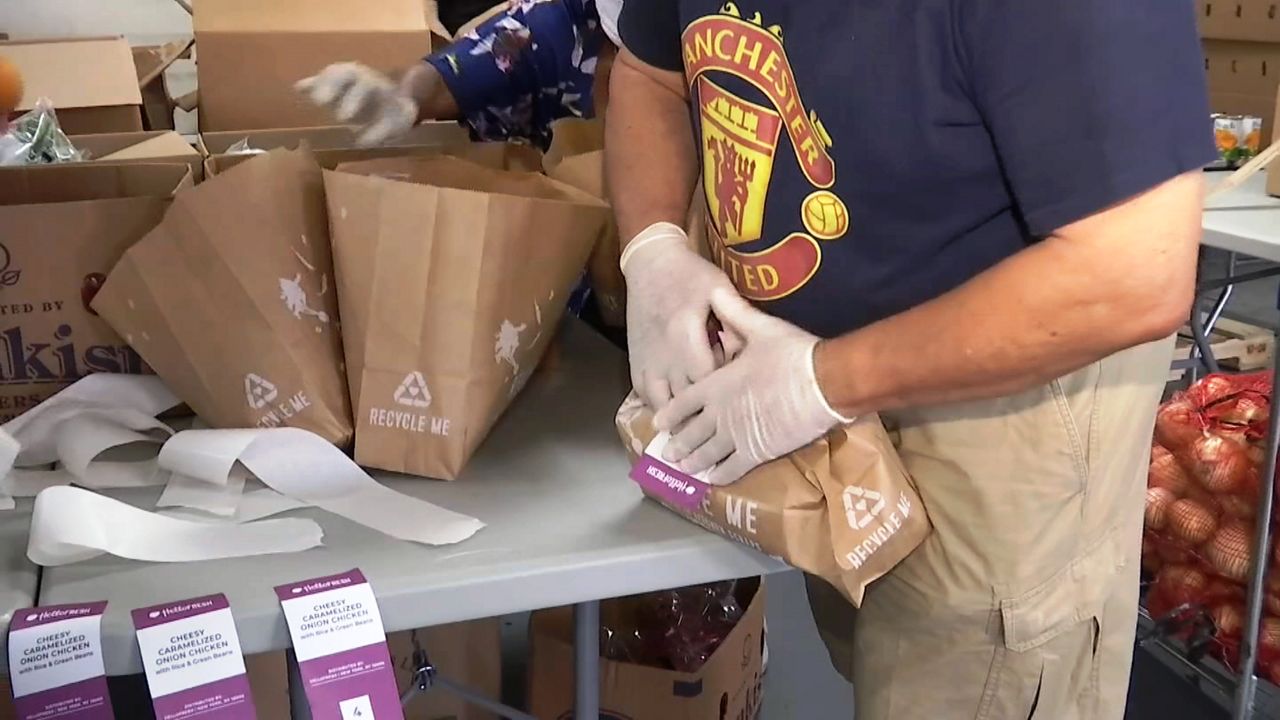 BROOKLYN, N.Y. - Pasta is included in the meal kit provided by the HelloFresh company for needy families in Brooklyn. The food supplier is teaming up with The Campaign Against Hunger, which has been overwhelmed with meeting the demand for food since the coronavirus crisis began.

“The Campaign Against Hunger on it normal pre-COVID-19, we served about 250 families per week," said Executive Director Melony Samuels. “Now we're serving 15,000 families per week. We have increased over 1000 percent in families."

With such demand, The Campaign needed more space and moved into a donated warehouse in Canarsie back in March. HelloFresh says it decided to step forward when Governor Andrew Cuomo issued a call for action in April.

The tweet reads: "NYS will provide $25 million for food banks and providers most impacted by COVID-19. We are also calling on philanthropies that would like to help the state's food banks to email..."

"Our CEO instantly said we need to help and so we reached out to the Governor's office”, says Colin Bennett of HelloFresh. “They responded right away and we've been working to put this program together since then."

HelloFresh is providing food for 4,000 free meal kits each week, which are delivered to the families of veterans in Brooklyn and Buffalo.

The state Division of Veterans Services is helping to distribute the packages.

Organizers say it's been successful and they hope to expand it throughout the state.

Samuels, who founded the campaign 21 years ago, says all help is needed. She predicts the worst of the food crisis is still to come.

"We're going to see far more people on the line because of umemployment, children are not in school," said Samuels. “There's a lot of work to be done. We don't have enough resources to buy food. As it comes in, it goes out. That has been a challenge."

She's asking for more food providers like HelloFresh as well as more volunteers and more funding to address the growing need.