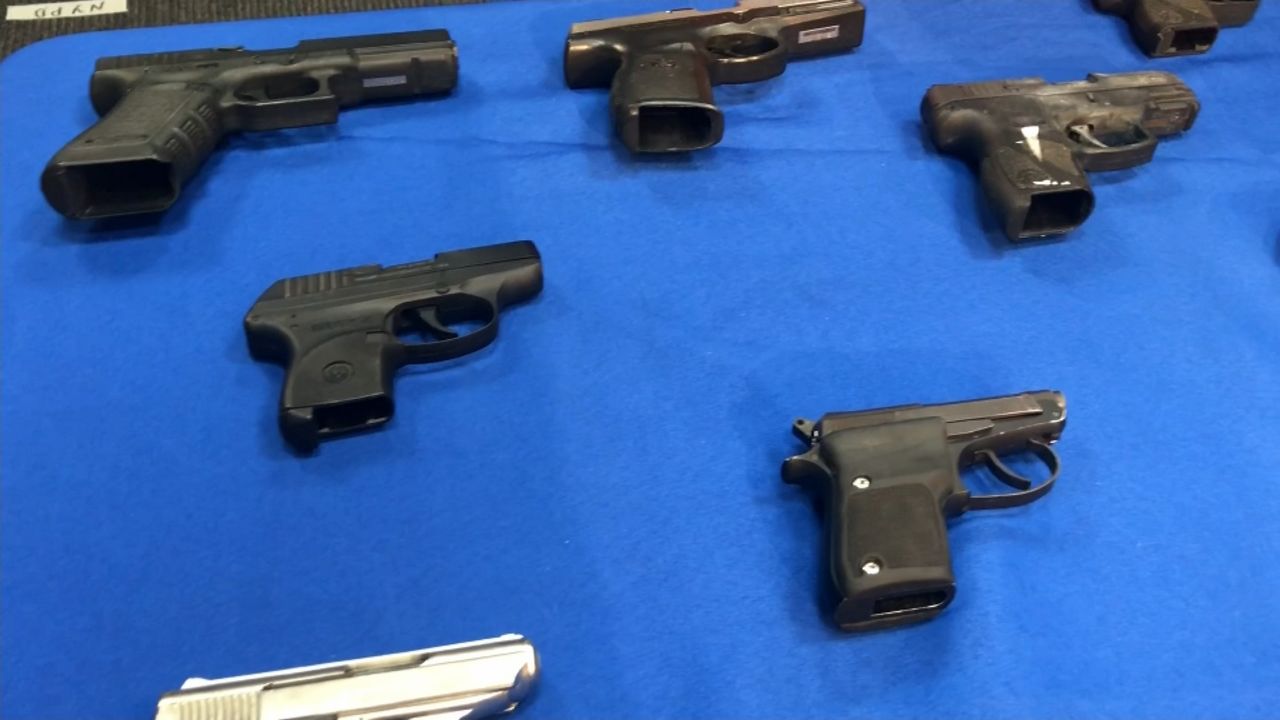 Dozens of alleged gang members have been arrested, and more than a dozen guns have been recovered, according to police.

The Brooklyn District Attorney's Office said Wednesday that the streets of Northern Brooklyn are safer after a two-year investigation took down two rival gangs — the CHOO and the WOOO gangs.

At a news conference afterwards, prosecutors blamed the CHOOs and the WOOOs — short for “We Stand for Our Own” — for much of the gun violence in Brownsville.

Brooklyn District Attorney Eric Gonzalez said the NYPD's investigation led to the recovery of 16 guns and a battery of charges, including rape, robbery and nine counts of attempted murder.

Some of the 13 shootings were caught on video. In one such video, the NYPD says members of the WOOO gang robbed a man leaving an elevator. The victim was then shot twice when he fought back, police said.

And in October 2018, an alleged member of the CHOO gang fired on a group of rival gang members without warning, hitting two of them. An alleged WOOO gang member retaliated and even narrated the shooting. In one recorded video, the man can be heard saying, “I hit the lady in the face, bang.”

The indictment also pins a shooting at the Fulton Mall from a year and a half ago on the gang feud. Two bystanders were injured.

“They have no concerns for the lives of other people and they are willing to risk or put anyone in danger who happens to be in the wrong place at the right time,” Gonzalez said.

Gonzalez also said WOOO gang members would have teenage girls carry their guns and refer to them as "holsters," then they would have them give them the gun when they wanted to shoot at someone. The theory being that the girls would face a lesser sentence if they were convicted on a gun charge because of their age and gender.

Two alleged WOOO gang members are also charged with raping a 14-year-old girl and one of them also faces sex trafficking charges.

Prosecutors say, to enhance his status, one of those two defendants forced the girl to have sex with the other. Police said, let this takedown be a warning.

“If you are engaged in violence, we are committed to coming after you,” said Chief of Detectives Rodney Harrison.