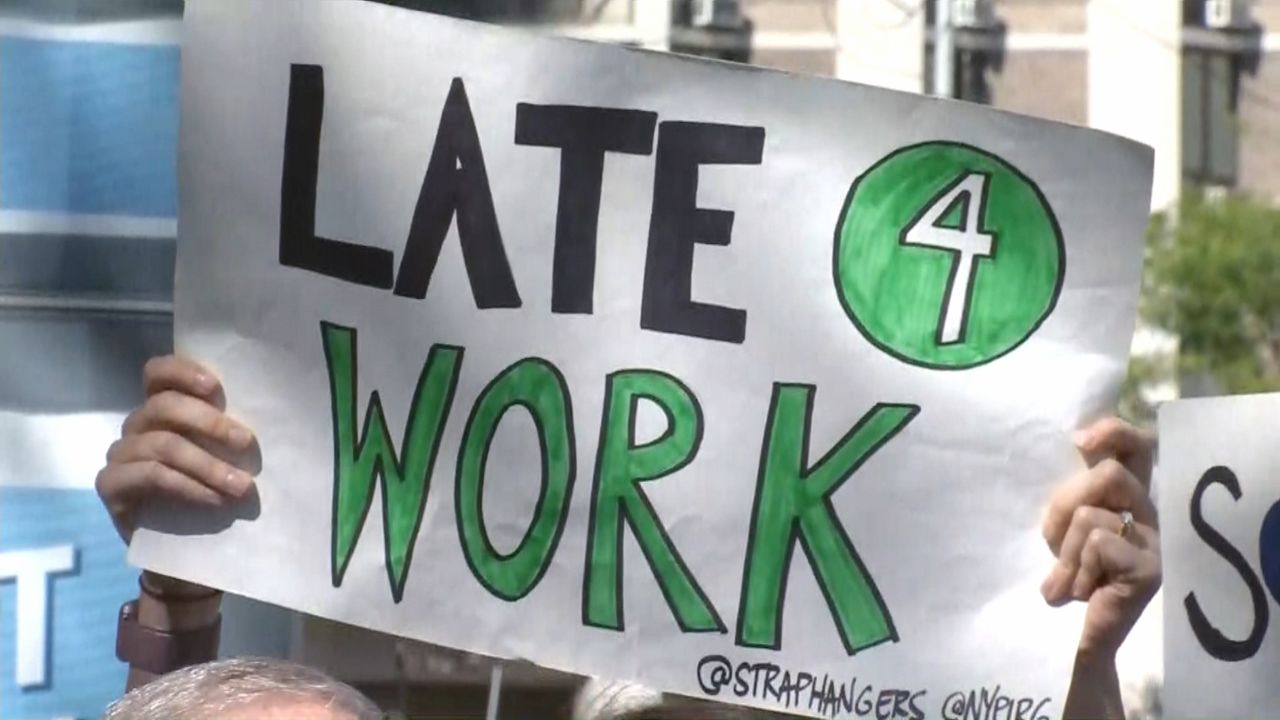 The MTA calls it a "routine service adjustment."

But that's not how riders of the B38 bus in Brooklyn see it.

"I'd tell them they should not reduce the service - improve. Improvement we need, in the bus service right now," said commuter Bridget Johnson.

The B38 is one of seven routes that endured service changes this summer, an effort by the cash-strapped MTA to save $7 million a year.

The MTA added, bigger, accordion-style buses to the B38, but reduced the frequency of service. The agency also cut the number of buses on the six other lines.

Transit Advocates and elected officials rallied at a B38 bus stop in downtown Brooklyn demanding the MTA improve bus service, not reduce it.

"We have a message to send to send to Governor Cuomo and MTA and that is we do not want to see service cuts and we want a commitment from them that they will not cut service on the backs of Subway and bus riders," said Stephanie Burgos-Veras of the riders alliance.

MTA chairman Pat Foye has warned that further reductions in bus and subway service are possible to close a deficit that is expected to reach a billion dollars a year by 2023.

"That sent trauma throughout those who use the system every day. It’s not acceptable. We cannot have cuts on the system as we encourage people to utilize our bus and our Subway more often. We should have a conversation about how do we put more money into the bus in the transportation system," said Eric Adams, Brooklyn Borough President.

Ironically, the rally was held as the MTA announced some service improvements.

The B46 Select Bus that runs on Utica Avenue in Brooklyn, one of the most crowded routes in the city, will get the bigger, 60-foot accordion style buses, to ease crowding during the morning rush.

However, the MTA said the buses will run less frequently during other parts of the day.

The MTA also said the S93 and S53 between Brooklyn and Staten Island will see some more frequent rush-hour service. And buses will be added to the Q28 and Q55 routes in Queens on Saturday and Sunday mornings.

Riders, Advocates and elected officials can sound off at Monday's New York City Transit board meeting at 10 a.m. at MTA headquarters at 2 Broadway.