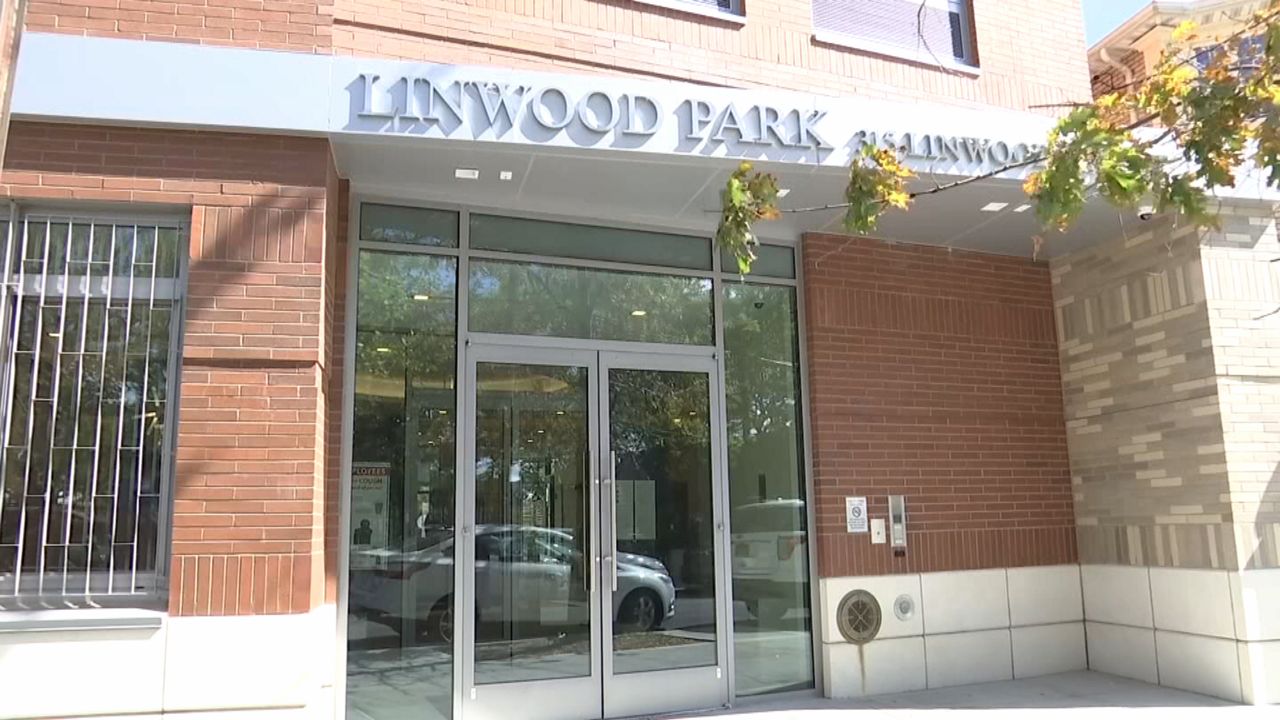 A landscaped patio stands in sharp contrast to stacks of tires next door. A tire repair business once took up this whole site. But now an affordable housing complex, Linwood Park Apartments, stands at the corner of Linwood Street and Atlantic Avenue. Many of its residents had been homeless, including Evelyn Perez.

"Finally they called me and that was the best thing that ever happened to me. Best thing,"  said Perez. “I'm relieved. You know, I feel much better."

This is the first affordable housing development to open in East New York, Brooklyn since the de Blasio administration rezoned the area four years ago to spur development, including more housing. Rafael Espinal helped push the proposal through when he was a City Councilman.

"We made sure that at the end of the day at least 50 percent of the housing that is being built in East New York in the next 10 years is going to be truly affordable and permanently affordable for low income families and that what's we're seeing,” said Espinal.

Built by L+M Development Partners and B&B Urban, the 10-story building has 100 apartments, a rooftop garden, laundry facilities, a gym and a library. Developer Alan Bell, who's been building housing in the city for more than four decades, now focuses on building affordable units.

"We saw the most critical need as providing new quality housing for kids who are now in the shelter system, whose lives are really completely dysfunctional because of being moved from place to place, having to travel extreme long distances to school, everything changing all the time,” said Bell. “I mean a kid needs stability."

"They have an opportunity to change their lives from living in shelters or living in substandard housing or housing that was too expensive," said Rita Zimmer, executive director of HousingPlus. “I think the important thing is that it's affordable."

Perez and her 17-year-old son have a two-bedroom apartment. They had been moving around around from shelter to shelter for the eight years while applying for subsidized housing, before getting this place.

For Perez and her son, it's not just new, it's a place they can now call home.

"He doesn't always have to be going to his friends house," Perez said. “His friends come over to his house."