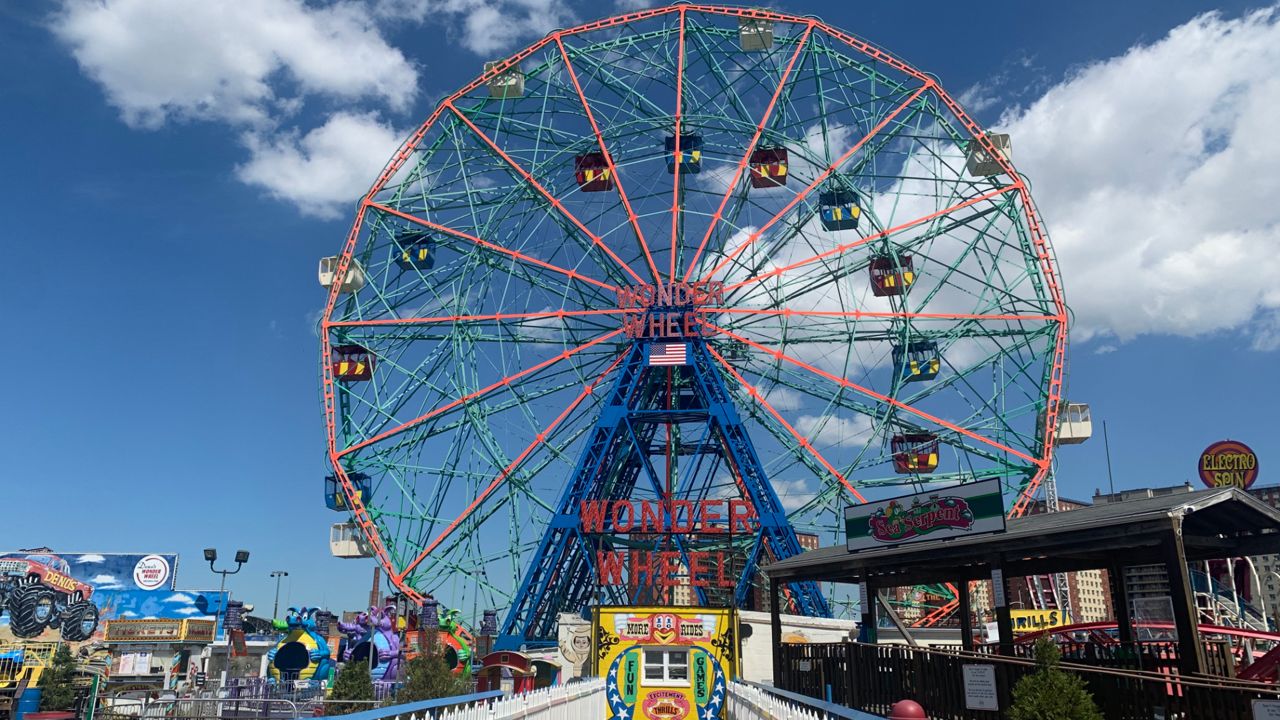 The Wonder Wheel hasn't turned all summer. It’s fitting symbol of Coney Island's amusement district where the rides are at a standstill since the coronavirus crisis turned the season upside down. With Labor Day and cooler weather approaching, the state still hasn't allowed amusement parks to open this year.

"Everyone here is suffering, and we need some vision. We need some guidance. We need some support,” says Alessandro Zamperla, president of Central Amusement International Inc.

Operators say they don’t understand why indoor leisure businesses got the green light to open while they're still closed. The Coney Island operators have joined the New England Association of Amusement Parks and Attractions, NEAAPA, to push for a New York reopening even for a few weeks at summer's end. The association successfully fought to open amusement rides in Connecticut in June. It published an op-ed urging Governor Andrew Cuomo to look at the safety protocols being implemented regionally.

"We have as an industry already created the guidelines and have seen them work very successfully allowing for the safe operation of outdoor attractions," NEAAPA Executive Director Ed Hodgdon said.

“We're all prepared, and we've invested thousands and thousands of dollars to do so." Vouderis says. "I will be ready to go." But with the summer almost over, they say the financial hit has been devastating. Among the casualties is the 100th anniversary celebration of the Wonder Wheel. And plans for a $20 million expansion of Luna Park, including the addition of a flume ride and coaster, are now in doubt without an extension of its city lease.

Amusement operators say they may have to sue if the shutdowns continue much longer.

"We are very concerned,” says Zamperla. “Because at this date, we have not had any communication or guidance. If, in the foreseeable future, we have no clarity, we'll have to consider all options."

Meanwhile, time is running out for Deno's Wonder Wheel to get a 100th anniversary spin.