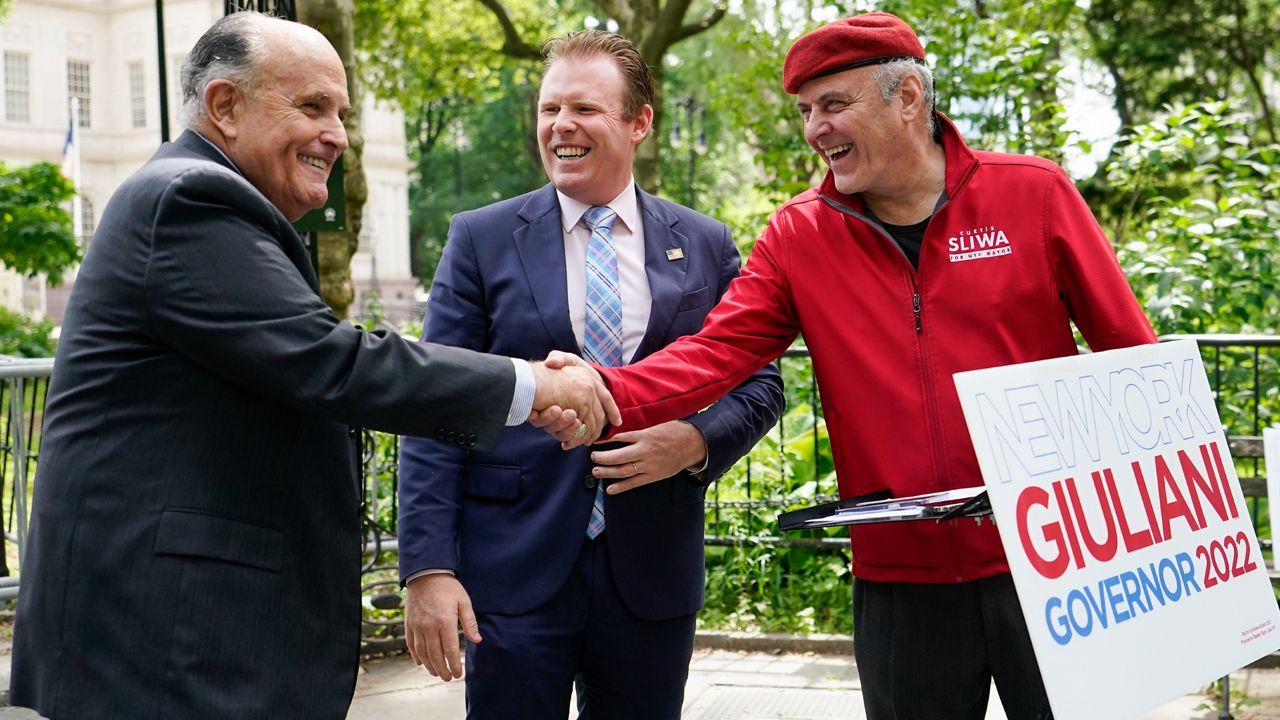 “And I would also look at ‘broken windows’ policing and ‘stop, question and frisk’ and reinstitute that on a statewide level, work with cities, work with localities,” the younger Giuliani said in Rochester.


Businessman Harry Wilson made this last appeal for votes on social media, saying he has the best chance in the general election.

“But to do all that, we have to win. And in the last 20 years, only one Republican has come close to winning statewide and that was me,” he said.

And Congressman Lee Zeldin had a stop in Albany.

All four candidates were marking the end of a contentious Republican primary for governor jam-packed with bad-faith attacks.

Zeldin has been such a target that he used a campaign webpage and TV ad to try debunk some of his rivals’ claims, including this frequently used line of attack.

Wilson said at the same debate: “That’s the difference between Lee Zeldin and all of us up here who are fighting to change the state rather than roll over for the Cuomo agenda.”

Astorino and Wilson are only partially right.

During Zeldin’s time as a state senator, Cuomo had a relationship of convenience with Republican legislators who voted on a final, negotiated budget.

“The governor proposes a budget and then the Senate passes their own one-house budget and then you try to reach a three-way agreement,” Zeldin explained at a Newsmax-hosted debate earlier this month.

Also, Monday was another apparent instance of leveraging what you can to get votes in the hard-to-predict primary.

Rudy Giuliani appeared to play up a confrontation on Staten Island as evidence of the unchecked violence that he says his son, Andrew, would fight as governor.

The former mayor told reporters in a virtual news conference that he was struck so hard it felt like the weight of a boulder, but a surveillance video showed what appeared to be more of a slap or tap on Giuliani’s back.

Still, he said he had hoped prosecutors would favor “not letting criminals go free so they can start hitting other 78-year-old men and now I just get informed by the police, they’re going to downgrade the charges!”